The Guild of Sports Editors, the umbrella body of managers of sports in the country’s major media organisations, has advised members of the executive committee of the Nigeria Football Federation (NFF) to resign from their positions honourably and give the game chance to breathe.

Speaking on the backdrop of the country’s senior national football team, Super Eagles’ failure to qualify for Qatar 2022 World Cup, the editors said the board members would be doing the nation great injustice if they continued to misdirect Nigerian football after last Tuesday’s misadventure.

In a statement signed by the Guild’s Vice President, Adekunle Salami, the editors described the decision to sack members of Super Eagles’ technical crew as diversionary, adding that Nigerian football needs a clean break from the malaise of the last eight years.

“Nigerian football is bigger than any individual and should not be tied to the fortunes of anybody.

“The leadership of the current NFF has ridden on the back of Nigerian football to get to top positions in world football governing body, FIFA, to the detriment of the game.

“Nigerian football now needs total overhaul, from the lowest league to the national team and that can only happen when patriotic individuals, not self-seekers, are given opportunity to manage the game.

“We call on the National Assembly, Federal Government, and especially, Sports Minister, Sunday Dare, to begin the process of cleansing the football house.

“Tuesday’s failure is one of the results of poor decision making, dishonest deployment of men and materials, as well as avarice that have eaten deep into the fabrics of the NFF.

“We ask, therefore, that every executive member of the federation should resign honourably;

“All the back room staff, including Super Eagles secretary, team manager and protocol officer, among other officers, who have spent more than 10 years in office, must be redeployed to allow for fresh ideas.”

The editors accused the current leadership of the NFF of killing Nigeria’s football, saying many of the board members use their positions to fulfil personal interests. The Guild also recalls that the Algeria Football Federation (AFF) President, Sharafeddine Emara, resigned after his country failed to qualify for the Qatar 2022 World Cup following the 2-1 defeat suffered against Cameroun at home last week.

“It is unfortunate that the NFF has killed the local league to such an extent that no player from the domestic game is deemed capable of playing for the Super Eagles.

“The junior national teams, which, hitherto, was a nursery for the Super Eagles, no longer produce quality youngsters because of the corruption that has killed the age grade teams.” 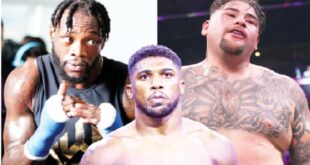