MMS Plus presents the scorecard of transport sector agencies based on their performance in the first quarter of 2018 with regards to their core functions. In this week’s appraisal we x-ray the Nigerian Railway Corporation (NRC) and Maritime Academy of Nigeria (MAN), Oron.

The place of railway in transportation globally cannot be overemphasized and the Nigerian government has continued to intensify efforts to ensure that the dream of establishing a railway facility that connects the entire nation becomes a reality.

For the agency’s rating in the last quarter, NRC would be assessed based on five of its statutory functions with twenty marks for each.

Early in January, precisely on January 9th, one person died at an early hour train derailment at Ashade railway crossing Agege, Lagos. Mr Jerry Ochi, the Lagos Railway District Manager, confirmed this, stating that the victim died at the NRC.

Hundreds of passengers escaped death when the mass transit shuttle train derailed at the Ashade railway crossing on the Agege-Ikeja corridor at about 7:15am, leaving some of the passengers injured.

There were also few cases of robbery and theft onboard trains in the first quarter of 2019.

Manage and operate the railway for carriage of passengers and goods:

The railway management seems to be more technically sophisticated and informed about global best practices in railway management.  Operational tactics have improved and the railway transport mode became more popular among Nigerians who still prefer to patronize the road mode to other means of transport.

NRC has about 15 functional Locomotive engines used in operating passenger and goods train services throughout the narrow gauge railway line. The engines are used to operate the Lagos to Kano passenger train service and the Lagos Mass Transit Train (LMTT) service as well as goods train service for clients like Lafarge, flower mill, WAPCO amongst others. NRC also evacuates containers from the Apapa port to depots at Ajuba in Ebute-Metta Junction, Ijoko in Ogun state and Omiadio in Oyo state.

According to the Managing Director, Engr. Fidet Okhiria, the new imported 18 open wagons delivered recently in Lagos will be deployed to Kaduna Inland Container Dryport (ICD) and other dry ports in the country. The corporation has 15 functional locomotive engines.

The NRC management made efforts to provide technical and professional support to other stakeholders, however, there is still the challenge of inefficiency with the narrow gauge because of the conditions of the tracks.

Revenue generation is still tasking for NRC as it still finds it very hard to raise enough funds to meet its cost of operation thereby leaving it to the mercy of the Federal Government for bulk of its finances including the payment of workers’ salaries and other related expenses. This is a major burden on the government who still injects billions of naira into the sector without expected return.

Direct and control of any expansion or extension of the railway and the construction of new railway:

The NRC Managing Director has said that about 85 kilometers of tracks have been laid from Iju in Lagos state to Abeokuta in Ogun state and the contractors have been given mandate to cover a distance of 156 Kilometers of track laying to Ibadan by next month. Currently, no fewer than 11,000 Nigerians have been employed by China Civil Engineering Construction Corporation (CCECC) Nigeria Limited. Work has also commenced at the Lagos axis from Iju to Ebute -Metta Junction.

Meet social responsibility in a manner that will meet the requirements of rail users, trade, commerce, industry and general public:

NRC failed to meet the requirements of rail users, trade, commerce, and others. This is because of capacity constraints and neglect by government in the past and the existing railway act which is preventing the input of private investors.

There are still delays and non-adherence to time schedules without explanations in railway services in Nigeria especially in Lagos.

The DMU which is the standard coach and locomotive is still not affordable to the common man. There are some interventions and dispositions to corporate social responsibilities by NRC.

Nigeria’s government has accepted that investment in rail development enhances economic development and it has been actively involved in transforming the previously moribund mode of transport. The initial delay in the Lagos axis was due to the fact that Lagos is a fully built up area and there was need to shift the underground water pipes far away from the rail line so as avert future pipe burst. NRC has a lot to do to make the railway system function optimally and a lot would be expected from the agency in the latter of 2019.

Maritime Academy of Nigeria (MAN) Oron, continues to show promising signs to be returning to the glorious days when it produced some of the best seafarers for the nation.

The academy which almost got Nigeria delisted from the IMO white list because of its decay has received more attention from the Federal Ministry of Transportation and the Nigerian Maritime Administration and Safety Agency (NIMASA) which has seen an improvement in the caliber of lecturers and infrastructure at the Academy.

According to the MAN Oron Rector, Comrade DujI Efedua maritime stakeholders would no longer be cajoled to take the Academy’s cadets onboard vessels after they graduate because the academy would be so revered that the cadets would be attractive and stakeholders will come scrambling for them during their graduation.

Nigeria can anticipate seeing a new ‘MAN Oron’ whose cadets would be pride of the nation, according to the promises of the Rector. Expect the Academy to make giant strides in the latter part of 2019. 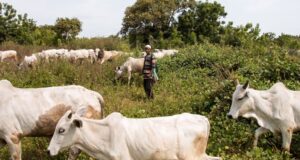 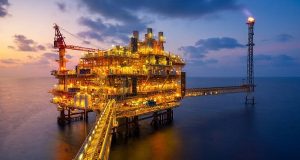 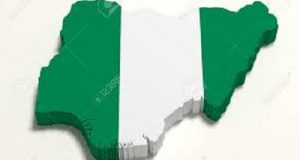 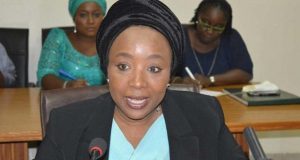 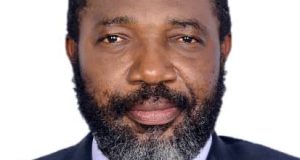