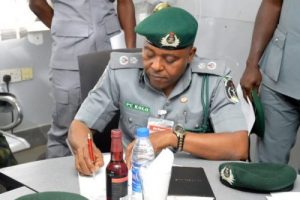 Despite the continued closure of the land border to trade at Idiroko, Ogun Area 1 Command of Nigeria Customs Service (NSC) has generated a total of N12, 321,075.00 revenue from January to March 2021, through auction sales.

The Command’s Area Controller, Comptroller Peter Kolo disclosed this via a press release obtained by MMS Plus where he also stated that a total of N8, 627,750.00 revenue was generated in March alone.

Kolo also noted that in March alone, a total number of 167 seizures of various contraband goods was made, with a Duty Paid Value amounting to one hundred and sixteen million, five hundred and eighty-six thousand, six hundred and seven Naira, zero Kobo (N116,586,607.00).

Kolo noted that over 7,000 bags of 50kg parboiled foreign rice equivalent to 2 trailers was seized in the month of March, “never in the history of this Command have we recorded this quantum of rice seizure. I commend the efforts of gallantry officers serving in the Command for these feats”, he said.

He, however, attributed the feats recorded by his team to good motivation from the Comptroller-General of Customs, Col. Hameed Ali (Rtd.).

“Successes recorded in our operations command could be attributed to the good motivation from the Nigeria Customs Service Management which has boosted the morale of officers and had kept them in high spirit at all times. Aggressive stakeholder’s engagement by the CAC including visit and parley with over 27 traditional rulers, youth leaders as well as all security and government agencies in Ogun State”, Kolo said.

He further revealed that continuous deployment of intelligence in operations help unveil a systematic arrangement of some crates of Coca Cola products to ingenuously conceal some bags of foreign parboiled rice of 50kg each in two trucks was uncovered by the eagle eyes of the patrol officers in the Command. The trucks suspected to be coming from Ilaro border were intercepted along Denro-Olorunda-Abeokuta Road.

On smugglers, the Area Controller disclosed that during the period under review, four suspected smugglers were arraigned before the Federal High Court in Abeokuta, on a Five (5) Count charges, declaring that anyone caught indulging in smuggling activities and obstruction of customs officers while carrying out their lawful duties will be punished according to the law.

He refuted the claims in one of the daily newspapers alleging compromise on the part of customs operatives by allowing about 60,000 bags of smuggled rice into the country within a week.

Describing it as a “bogus claim and an exaggeration out of proportion”, he said that during the first quarter 2021 the Command seized about 19,000 bags (equivalent of 38 trailer load) of 50kg each of foreign parboiled rice with Duty Paid Value (DPV) of Three Hundred and Seven Million, Eight Hundred and Ninety One Thousand, Six Hundred and Ninety Six Naira, Zero Kobo (N307,851,696.00).

The Custom boss maintained that his men would always abide by the directive of the Federal Government by ensuring that prohibited items are not smuggled into the country through the land borders.

“We shall continue to ensure that anyone caught indulging in smuggling activities and obstruction of our officers while carrying out their lawful duties is brought to justice,” he added. 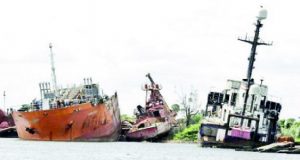 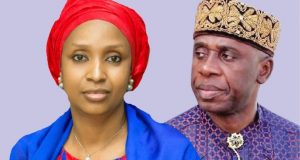 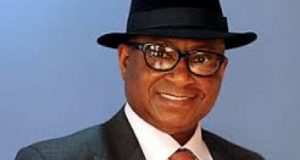 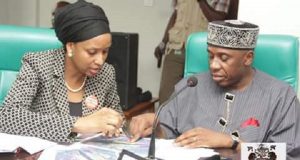