PSTT: A Mission For Sanity Inside Ports

Sanitizing the ports and its access roads are projects which the Executive Secretary of Nigerian Shippers Council (NSC) Hon. Emmanuel Jime has resolved to execute to the end. The Executive Secretary in one of his outings confirmed he was already stepping on toes and has no plans to step down.

The project has recorded remarkable success in its first phase and had recently flagged off the second phase. Although none of this was without a strong resistance according to Mr. Moses Fadipe, the team leader of Port Standing Task Team(PSTT), but the task force continued to push through.

However, there is a seeming general impression that PSTT is biting more than it can chew with a hydra-headed scope of responsibilities. But while it confers relevance to NSC in a regime of waning glory, how the leadership is able to navigate the vision ultimately will determine Jime’s success or thumb down.

In an effort to x-ray the successes and challenges confronting the team especially from the of stakeholders, MMS PLUS reached out to key players to extract their positions on the workings of PSTT.

In an exclusive chat with Aloga Ogbogo the Executive Secretary, National Association of Road Transport Owners (NARTO), he commended the efforts of the Task Force and confessed that sanity has returned to Apapa largely. He also stated that the roads are becoming clearer and extortions reduced drastically. According to comrade Aloga, “This is one Task Force that has achieved results, so far. We have seen previous Task Team before now and not much was achieved compared to this Task Force”.

He however condemned the operational mode of the Task Force as outdated and called for more skillful ways of going about the process. “If there is a way they should be working based on intelligence, I think that will be better than physical presence because physical presence has also resulted to threat on their lives” cautioned comrade Ogbogo. Also, he said he has noticed that more of the illegalities are now been perpetrated in odd hours, usually nights when probably the Task Force would have retired for the day.

Going beyond the shanties and trucks, Comrade Aloga Ogbodo emphasized  the need for a holistic approach to be able to achieve a long term and sustainable gains. He said that shipping companies must endeavour to have their own container holding bays where containers would be stacked and then moved at night possibly with rail. He also reiterated  the needs for more truck hibernation centres considering the activities of tank farms. “In Apapa we have close to 70 tank farms and each of these tank farms  has the capacity to load almost 200 trucks a day and not up to 50 percent of them has a place where each truck can hibernate before going to load from their loading facilities.

He also called for an increase in throughput and stressed the importance for a short, medium and long term approaches adding that big corporations such as Dangote and Flour Mill in Apapa should come onboard.

In his reaction, Chief Remi Ogungbemi ,President of the Association of Maritime Truck Owners (AMATO) equally lauded the PSTT for their efforts particularly in the area of trying to expose those behind the extortion. He recalled that about 2-3 years ago it was costing between N100,000 and N200,000 depending on the bargaining power for a truck to access the ports.

He also revealed that the association has pleaded several times with the authority to provide a place that will serve as a transit park, where trucks can stay before they go into the port. He noted that the infrastructure can no longer accommodate the volume of activities that being used for.  He cited an example with the road that has been in use for almost 40 years or more and not been able to accommodate the volume of activities. Chief Remi called for gradual expansion and automation as a way to regulate the movement of the trucks.

However, reacting to the journey so far, Mr. Fadipe, said the team has cleared the premises up to the 2nd gate of Tin-Can and hope to continue to coconut by next week.  On the environmental aspect of the execise, Mr. Fadipe said the task force was in talk with Lagos State government on the possibility of coming with their environmental vehicles and security personal to clear the areas of waste but the government has refused to respond to the call while the commissioner of environment lamented financial constrain as a hindrance.

On container holding bay  raised by Comrade Aloga, the PSTT boss said the exercise is yet to get to that stage but would most certainly look at the jetties first since holding bay falls within the core functions of NSC.

On the jetties, he stated that a lot of research is ongoing to have a comprehensive knowledge of the task ahead before it moves into it. He also explained why they upscaled their activities up to the corridors, noting  more vessels discharging cause congestion, slow examination of cargo at the bay pegged at 125 per day, terminal illegal activities and extortion among others. Through the task force intervention, examination has moved up to 195 per day while it has gone up to 230 per day in Tin-Can. According to Mr. Moses, “With the increment in the number of examined cargo to take delivery, the trucks coming to pick them increased and the gridlock became noticeable on the corridor”. This eventually generated controversy and complaints from people who find it difficult for easy access of the ports, this led to the removal of Customs, Police and ensured that cargos are not stopped on the corridor anymore when going out.

Fadipe restated that  the mandate of PSTT includes to arrest any situation that fuels extortion on the corridors. Before the coming of the PSTT, movement of goods and persons out of Apapa was one hell of experience as movement was greatly impaired by avalanche of trucks doting the port corridors. The access roads were completely taken by trucks. The situation created a gridlock such that businesses in Apapa began to relocate as a result of low patronage. Some residents of Apapa even relocated as it was increasingly becoming very difficult to access their residents.   The environment was deformed, shanties scattered around the premises and indiscriminate and illegal tolls of extortion.

How Non Disbursement Of CVFF Spurs Piracy At Gulf Of Guinea

WHEN SEA TRAVELING IS VOYAGE OF DEATH

VIN-Valuation And The Burden Of Trade Facilitation 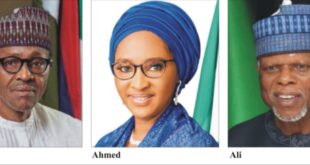 By Frank Odinukaeze   The Nigeria Customs Service( NCS),is in a state of “War,” though …