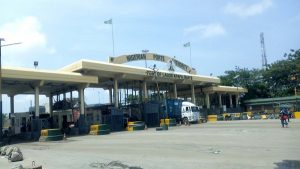 According to the NEXIM boss the sudden suspension of export trucks from accessing the seaports by the port regulator, NPA, would have ripple effects on exporters and supply value chain.

Bello while speaking at a webinar hosted by Zenith Bank last week, themed “Nigeria’s Economic Prosperity: The role of intra-regional trade and non oil export initiative,” said that the export ban came at a time when the nation should be showing her commitment towards diversifying the economy from oil by export promotion.

His words: “It is a sad one for exporters to hear that NPA wakes up one day that they are suspending exports for the next two weeks and this is a country that needs to have an export driven effort to diversify export revenue and create job opportunity.

“These are part of the multiple challenges being faced by exporters in accessing global markets, also impeding the growth in non-oil export in the country.”

Bello added that exporters would lose money as their investments could be damaged and in terms of interest if they had borrowed to finance the export venture and failed to deliver the export contract as a result of port closure on exports.

Also speaking with MMS Plus on the ban, a chieftain of the National Association of Road Transport Owners (NARTO), Alhaji Abdullahi Inuwa Mohammed said the ban is a huge loss on the part of the transporters.

His words: “Stopping export for transporters like us is like tying down our investments. The trucks are already planned that within this period it will load and drop the consignments, however, the trucks are tied down with the export products.”

The transport veteran argued that what NPA could have done is to give a time frame for export products that are already loaded and ready for export or call the attention of exporters to stop loading in order to avoid perishable items being damaged.

According to him, export is important to revitalize Nigerian and African economy as AfCFTA commences and the best the government can do is to clearly eliminate obstacles while the exporters need to pay attention to the quality of export products in order to compete with local and global competitors.

In his words: “We want to see the government remove obstacles in the smooth functioning of market forces, provide information for exporting firms about destination markets and foreign competitors. Government must pay attention to Infrastructure in terms of roads and power supply. The road needs to be developed as there is an increase in cargo export. Power supply needs to be improved as it is an essential part in driving industrialization. Without power supply to drive infrastructure the market can exist but the product won’t be available.”