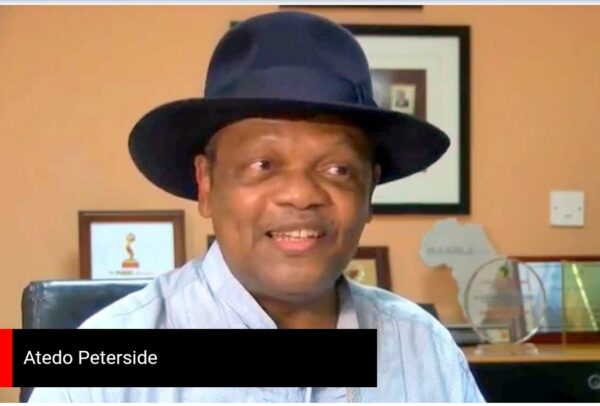 While responding to a publication, Peterside said he agreed with the Kaduna State Governor, Nasir El-Rufai, on the bad state of the NNPC, noting that the firm’s business operations remained the same despite being recently privatised.

“I couldn’t agree more with El-Rufai. Little or nothing has changed at NNPC Limited. They should stop wasting our money on CNN adverts in which they praise themselves unconvincingly. If they did anything good, their good works will speak for them,” Peterside said.

El-Rufai had in an interview on Friday on Sunrise Daily, as part of activities lined up for the 7th edition of KADINVEST, an annual event organised by the Kaduna State Investment Promotion Agency, said that the Federal Government had failed in the oil and gas business and should “get out” of the sector. He noted that NNPCL was Nigeria’s biggest problem.

Speaking on the theme of this year’s KADINVEST, “Building a Resilient Economy,” the governor said whatever the government managed always turned out bad, unlike entertainment, telecoms, fintech and others with no government imprints.

According to him, “Nothing has changed with the commercialisation of the Nigerian National Petroleum Company in July 2022.”

He said though the Group Chief Executive Officer of NNPC Limited, Mele Kyari, was trying his best, the company had failed and had no business being in the sector.

He added, “There is no reason why the Nigerian government should still be in the oil and gas sector. It should just get out, it has failed. By every measure, it has failed.

“We are living on taxes. It is PPT, royalties, and income tax that are keeping this country going because NNPC claims that subsidy has taken all the oil revenues. I don’t believe that. So, the government should sell everything in the oil and gas sector. I have been making this point since 1999 when I was head of the Bureau of Public Enterprises. I have not changed my mind.

“The government should get out of whatever is left of electricity. Leave it to the private sector. Maintain the environment. The money will come. Nothing has changed for NNPC other than adding ‘L’ to it for the Limited. They are still taking our money. They are still declaring profits that we don’t see the dividends.”