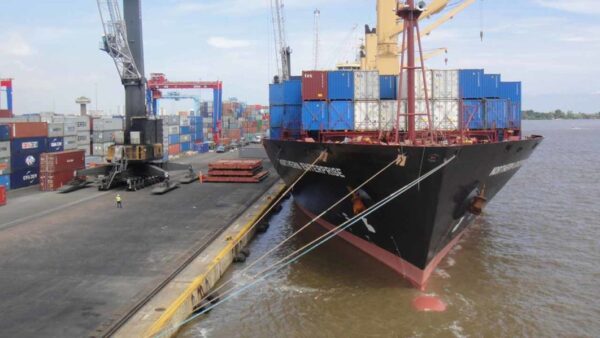 Stakeholders in the maritime industry have said the sector experienced challenges that impeded its growth and contribution to the economy in the year.

They said the non-utilisation of opportunities in the industry as well as implementation of policies against trade affected the sector. The National Secretary of the Nigerian Association of Road Transport Owners (NARTO), Aloga Ogbogo, said the year was full of challenges, especially the foreign exchange, which generally affected businesses with its chain effect.

He said foreign exchange challenge, which is a determinant of the entire maritime industry, affected the sector and also impacted the transport sector.

The National President of the Council of Maritime Truck Unions and Associations (COMTUA), Adeyinka Aroyewun, said business was relatively slow, especially as importation of goods declined.

He also pointed at traffic congestion resulting from road construction as one of the problems those in the transport and logistics sector witnessed in 2022.

“Although, a lot of policies put in place by the government especially the government of Lagos State, the Nigerian Shippers’ Council and Nigerian Ports Authority on traffic seem to be alleviating some of the sufferings, it can only get better as we hope for a better 2023,” he stated.

The National President, the Association of Maritime Truck Owners (AMATO), Remi Ogungbemi, lamented that no truck owner is breaking even following the bottlenecks that affected the haulage business, especially extortion by state and non-state actors in and outside the ports environ.

“There are lots of things going on, which is why we see most of the trucks in rickety condition. This is because the state or non-state actors take the revenue we are to use to take care of the trucks away from us directly or indirectly. This is a very big problem. The more we try to cater to these challenges, the more things are compounding,” he said.

The National President of the Nigeria Merchant Navy Officers and Water Transport Senior Staff Association, Bob Yousuo, said there is nothing to appraise about the maritime sector’s performance because things are not moving.

“The economy is bad and nothing is moving. The people that are working are trying to survive. They cannot take good care of themselves. Everyone is lamenting. No more incoming vessels that will create jobs. There are no job opportunities because the vessels are leaving. When the vessels keep leaving our waters, the economy will begin to suffer. To me, the maritime industry this year is not encouraging at all. We hope that next year will be better than this,” he said.

But he scored the government low in seafaring, noting that while training of Nigerian seafarers under the Nigerian Seafarers Development Programme (NSDP) and other indigenous training institutions is a success in some areas, there are no placements for the cadets to work after certification.

He said those that are lucky to be engaged are paid peanuts and sidelined for foreign counterparts. He also said indigenous ship ownership is almost going to zero as there is a high level of foreign dominance on the nation’s waters.

The Deputy National President, the National Association of Government Approved Freight Forwarders (NAGAFF), Simeon Nwonu, said both importers and freight forwarders are groaning as Customs duty has continued to increase.

According, to him, a lot of importers have dropped out because they can no longer cope, noting that this is harmful to the economy as there is great inflation as a result of this.

He said the prices of goods have skyrocketed beyond the means of a common Nigerian, because of the processes of clearing cargoes.

The National Public Relations Officer, Waterfront Boat Owners and Transporters Association of Nigeria (WABOTAN), Raymond Gold, said though, some improvements were made and steps taken in the areas of regulation, safety and compliance, a lot still needs to be done.

He said the water transportation sector needs a lot of advancement as regards training and certification of boat operators, which ensures competence and growth as well as safety of lives on waterways.