Okonjo-Iweala, Haastrup, Akunyili, others for MMS Hall of Fame induction

Minister of Finance and co-ordinating Minister of the Economy, Dr. (Mrs.) Ngozi Okonjo-Iweala is among the ten influential women of substance nominated for induction into the 2014 Class of MMS Plus’ Woman of Fortune Hall of Fame.

Other nominees equally cleared for induction by the Governing Council Board are: Princess Vicky Haastrup, Vice Chairman of ENL Consortium Ltd; the Late Prof. Dora Akunyili, former Minister, Communications and Information;Mrs. Monica Mbanefo, Director, Technical Cooperation, International Maritime Organization (IMO); Mrs. Ngozi Ekeoma, Chief Executive Officer (CEO), Nepal Oil and Gas Services; (Mrs.) Folorunsho Alakija, CEO, Famfa Oil Ltd.; Mrs. Nkiruka Onyejeocha, House Committee Chairman on Aviation; Mrs. Ugo Madubuike, General Manager, Business Development and Joint venture, Nigerian Ports Authority (NPA); Ms. Valentina Mintah, CEO, Techno Brain WestBlue Consulting; Hajia Salamatu Umar-Eluma, Executive Director, Human Resources, Federal Airport Authority of Nigeria (FAAN).
The 2014 Class of MMS Hall of Fame induction ceremony scheduled for 23rd September, 2014 at NAN Media Centre, Iganmu, Lagos is dedicated in honour of the Late Prof. Akunyili.
The selected nominees for induction were cleared by the nine-member Governing Council Board of MMS Hall of Fame chaired by Amb. (Dr.) Kema Chikwe, the National Woman Leader, Peoples Democratic Party (PDP).
The annual capacity building – focused event is an initiative of Kings Communications Ltd. In collaboration with the Federal Ministry of Women Affairs and Social Development. The 2014 edition is the third in the series and has the theme: “Building Capacity for Transformative Leadership.”
No fewer than 33 women of substance have been inducted into MMS Plus’ Woman of Fortune Hall of Fame since founded in 2012. Among the MMS Hall of Famers are, Mrs. Diezani Alison-Madueke, Amb (Dr.) Kema Chikwe;Mrs. Mfon Usoro, Secretary General, Abuja MOU; Mrs. Obioma Liyel-Imoke, Wife of the Cross River State Governor,Mrs. Uju Ifejika, CEO, Brittania-U; Hajia Zainab Maina, Minister of Women Affairs and Social Development; Ms Hauwa Audu, CEO Amyn Investment Ltd.; Barr. (Mrs.) Sally Uwachue-Mbanefo, Director-General, Nigerian Tourism Development Corporation (NTDC).
In a press statement, the CEO of Kings Communications Ltd., Mr. Kingsley Anaroke said that the initiative which arose as a result of capacity and good leadership gap among women in the Finance, Maritime, Aviation, Oil and gas as well as Political Leadership, celebrates a chosen few women of integrity and excellence in entrepreneurship and service to the country.
“The precarious dysfunctional leadership situation the country finds itself virtually in every sector of the economy requires a strategic short, medium and long term measure to build a sustainable human capital base to guarantee our future. And one of the driving keys is to have a pool of role models who will in turn mentor the younger ones. The fastest and most strategic approach to building capacity in human is mentorship.
“So our Hall of Famers are being celebrated because they have impacted their environment positively through their profession, career, entrepreneurship and leadership in the country.
“Therefore, MMS Hall of Fame is a recognition beyond an award to a deserving recipient. The position of MMS Hall of Famer bestows on the recipient the position of an authority in a given profession, career path and leadership. So, she is locked up to as a fountain of inspiration and motivation to break barriers and embrace the tape of success by the younger generation of women”, Anaroke added.
He noted that the 2014 edition was dedicated in honour of the late Akunyili, who will be given a post-humous induction because of what she represents in leadership and service to humanity, explaining that her personality represents courage in womanhood globally, integrity, patriotism, leadership by impact and service to humanity. “while she is not alive to deliver her lines of lessions, her virtues are eternally engraved in the walls of hearts to activate the will to always do things right and the right way”, the Kings Communications boss added.
The Chief Guest of Honour is the Minister of Transport, Senator Idris Umar.
Share

Previous NAGAFF Charges Members On Proper Identification At The Ports
Next Customs Agents / Freight Forwarding Associations: What Is Their Relevance To Members?(2) 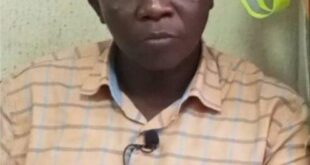