Okada Ban In Lagos: What Sanwo-Olu, Transport Minister  Need To Do 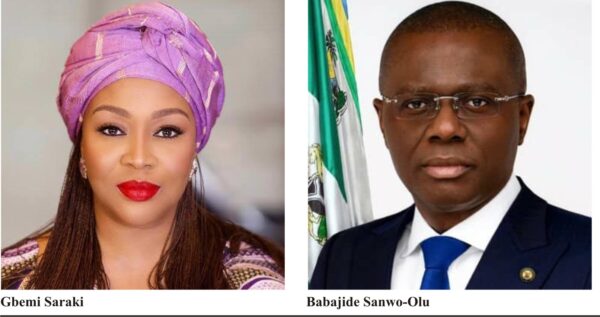 The onslaught against commercial motorcycle operators known as Okada riders in Lagos State began on Wednesday June 1st, 2022 with about 2,228 motorcycles already impounded by the Lagos State Taskforce on the enforcement of the ban in six Local Governments Areas and nine Local Council Development Areas(LCDAs) in the state.

Reports on Friday, June 3rd stated that the state government had begun the crushing of the seized motorcycles. This amounts to achievement to the enforcement team and Gov. Babajide Sanwo-Olu who had expressed his disappointment at the social menace the Okada riders have constituted themselves into in the state.

However, the report that the Lagos State Government reversed the 14 days quit notice given to Alaba-Arago market settlers along Badagry Expressway is a statement that the Okada ban will be lifted in no time, at least, for the same political consideration that influenced the volt-face in Alaba-Arago, where the majority of the shop owners are said to come from the North.

In Lagos State, the rising population explosion spurred by rural–urban migration has created commercial motorcycling as a means of economic survival and a critical component in intermodal transportation mix. It therefore presupposes that Okada has become a reality the people and the government have to deal with because of poor road network, absence of effective intermodal transportation system, bad roads, with potholes and their attendant traffic nightmares as well as too many vehicles on the roads at the same time jostling their ways for space.

Okada off the roads, means increased transportation cost via taxis and other commercial means of passengers’ conveyance especially when and where the rail and water ways transportation have limited reach or not available. The associated delays inherent can be nauseating and mind-boggling. The economics of the un-seamless traffic situation in Lagos roads is usually better imagined than experienced especially on the commercial and economic routes.

Okada as a means of transportation has brought huge employment opportunity and mitigates social vices by engaging the attention of many street urchins and miscreants who have taken to Okada riding and or serving as agents of daily ticketing fee collection on behalf of the state and local governments vendors.

The point to note here is that this ban is akin to throwing out the baby with a bath water. Commercial motorcycle business should be seen as good business; a social intervention agent and a compulsive socio-economic inclusive property.

Investigations so far have shown that the ban has forced many of the jobless boys to resort to subtle extortion and robbery of motorists and commuters on streets and high traffic areas at night and broad day light.

Nature abhors vacuum, it is said. If government deems it exceedingly pressing to deny them means of livelihood, it should find it socially accountable to provide alternative means of survival. The reason for the ban is tenable, no doubt. The pervading social menace and the criminal tendencies of some of the riders, especially of the Hausa/Fulani stock who are alleged to be foreigners from neighbouring countries of Chad, Mali, Niger is becoming unbearable. The recent killings in Lagos state associated with the riders of the tribes in question should call for more scientific means of managing the crisis for a sustainable co-existence with a near crime- free environment than slamming a blind ban on their operation in some areas.

The state government and private sector operators as well as political organizations can leverage the structures of Okada operators in the state and the country at large to market policies, brands and programmes. Okada riders are the lions of the hinterland transportation system as they ply most un-motor able narrow paths and even foot paths for service delivery.

The proposition I am about to unveil here can move the sub-sector from informal to formal while promoting businesses, changing lives and transforming some businesses with its captive population as well as creating more job opportunities with increased returns on services. Ultimately, it will increase the Internally Generated Revenue (IGR) of states.

While carrying out an empowerment project of our NGO, MMS Woman of Fortune Hall of Fame(WoFHoF)Initiative, we ran into a former Central Bank of Nigeria(CBN) worker of 15 years, who now is a zonal coordinator of an Okada riders’ association in Amuwo-Odofin Local Government Area(LGA) of Lagos State. He spends close to a million naira everyday to buy riders’ ticket from vendors and resells to riders with marginal profits and from this he has assisted many helpless riders to own their own motorcycles and has developed scores of commercial building in different areas in Lagos and Ogun states. This is a feat he could not achieve as an apex bank staff. We assisted them with capitals and grants to purchase new motorcycles and even planned an insurance scheme for the group.

With this experience, corporate bodies and insurance companies in particular can leverage on the structures made up of zones, branches and units to provide leadership of any type for the management of Okada riders.

All that Sanwo-Olu needs to do is to engage the leadership of the group and task them on the registration of members for membership authentication of the riders and the motorcycles, all of which must be in sync with their National Identification Number(NIN) and phone numbers as well as Bank Verification Number(BVN). No non-registered person must be allowed to be a rider and the leadership at the branch, unit and zonal levels must enforce this, so that when a crime is committed with the motorbike it could be traced to the rightful owner on identification of the plate numbers and biometrics for easy apprehension of the culprit.

These motorbikes can be branded by MTN, for instance, and the riders kitted with safety gears annually or as may be decided. And this should be for only the riders and motorbikes that have met the new standards of operation set by the regulatory taskforce or agency and the leadership of the riders’ associations as the case may be.

Corporate bodies could choose to secure the services of a zone or branch or the state for a product launch or brand campaign of choice depending on their market segmentation and target.

The fund generated from the branding and other campaign activities kept in a central pool with trustees can be invested in insurance scheme for individual riders who must also benefit on monthly or quarterly basis as service allowance from the common purse. All these will serve as incentive for compliance to standards and good conduct especially in customer service. Their capacities can also be developed in areas like safety, health, hygiene, customer service and relationship management through their co-coordinating zones.

While the daily ticketing system by the state vendors could be streamlined for a harmonized revenue generating scheme, the fund in the common purse is also taxable. This makes it a win-win situation for all the parties.

Commercial motorcycle riders in Lagos are over 20,000, therefore all that Sanwo-Olu needs to do is feast on this economic and social strength by developing a feasibility plan while embarking on stakeholders’ mappings, engage the corporate world and deepen the existing structures of the Okada riders and the desired sanity in Lagos State from the Okada boys will be achieved.

This is a study a MMS WoFHoF Initiative had done in the past and was convinced it is socially and economically fulfilling.

This crime mitigation and socio-economic intervention as well as business model is transformative and worth being discussed, adopted and tried by states at the National Council on Transport meeting. 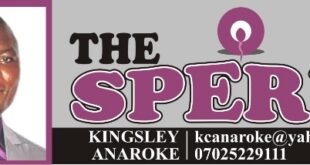 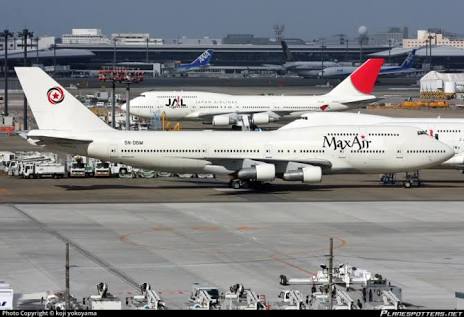 Sperm, literally is the fertilizing fluid of a male animal. It, no doubt, evokes …