Oil traders have begun fixing tankers to take North Sea, West African and Arab crudes to South Africa for storage, hoping for a repeat of the multi-million dollar bonanza they reaped in 2008-2009, according to Reuters.

Shipping fixtures show that in late July and August, BP , Mercuria, Total and Chevron all booked suezmaxes to deliver crude to South Africa, with traders saying that a good number of these barrels will go into storage.
For example, Mercuria has booked the suezmax Genmar Harriet G to take Ekofisk crude from Teesport to Saldanha Bay in South Africa, departing around August 28. The tanker is currently at anchor off the northeast English coast.
Traders said this was likely to go into storage as South Africa does not normally take Ekofisk. “Mercuria know how to store barrels,” one said.
Mercuria is also sending 130,000 tonnes from West Africa to Saldhana Bay on the Nordic Sprinter, departing around August 28, shipping fixtures showed.
Saldanha Bay has a large oil storage terminal, with a combined capacity of 45 million barrels. It is seen as an attractive storage location as oil can easily move to either Europe or Asia, depending on where demand first emerges.
“Logistically it is interesting because you have an option on the East and the West,” said Olivier Jakob, an oil analyst at Petromatrix in Switzerland.

“It makes sense to go down there right now. It shows there is enough of a contango to start playing around with assets. We are at the start of the stock-building process.”

Traders agreed, with one pointing out Saldanha Bay was a popular choice for storage in 2008-2009. Then, a “supercontango” market structure developed that also allowed traders to make money by storing crude on tankers.

“A lot of cargoes are going into Saldanha Bay now for storage – that’s where 20-30 million barrels went in 2008-2009 when things went into supercontango,” the trader said.

Contango describes a situation where oil is available for sale in the prompt market at a discount to oil for delivery at future dates.
Traders have also booked tankers to take West African and Arab crudes to Durban in South Africa, where Vopak operates a tank farm for oil storage.

“It won’t be only Ekofisk that is stored, there will be some West African grades too,” another trader said. “There is a large storage potential and the grade premiums are so low. It makes sense in the current market to store West African barrels.”

These shipments are the first sign that oil prices have deteriorated to such a level that storage now makes economic sense for some traders, although floating storage is still seen as unworkable given firm VLCC rates.
Over the summer a glut of crude oil has built up in the Atlantic Basin due to weak refinery demand in Europe and Asia. This has driven prices for physical crudes to multi-year lows, and made the ICE Brent futures curve flip from backwardation to contango at the front end.
The October contract is currently at a discount of 71 cents to November’s contract, November is at a discount of 49 cents to December, and so on until April 2015.
The spread between the December 2014 and December 2015 contracts has also tested a contango structure, with Jakob saying it was at its weakest since 2010. “If the Brent curve for the second half of 2015 starts to move into a contango then the storage options will start to be maximised,” Jakob added.
Traders doubt that demand will pick up sufficiently in the third quarter to bring an end to the contango, with some even saying demand will be worse, as refineries will undertake seasonal maintenance.
Share 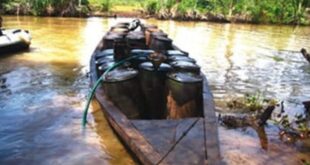