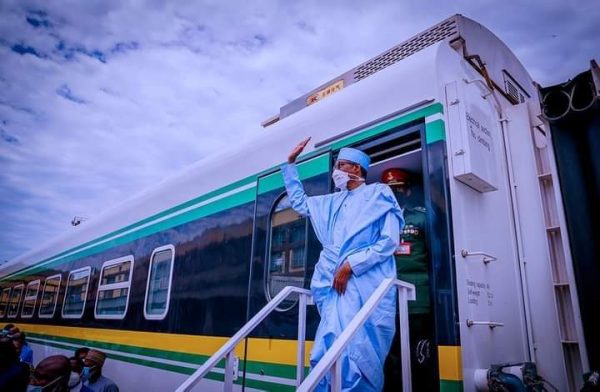 The Nigerian Union of Railway Workers has expressed concerns over the tariff being charged passengers using the Lagos-Ibadan railway.

The General Secretary, NUR, Mr Segun Esan, who spoke with media correspondent ahead of the inauguration of the project, said that inaugurating the railway after operating for two to three years was not a bad idea.

He, however, described the tariff regime as unrealistic and tantamount to segmenting railway services for only the rich.

He said, “Railway, all over the world, is a social service renderer. The railway is never taken as a profit-making outfit. It serves as the infrastructural mainstay and epicentre of any countries transport economy.

“And it must always be running a tariff regime that is very affordable. So, the idea of fixing a humongous tariff is like indirectly making the train services more of service exclusively for the high-net-worth people. This is number one.

“Number two, coming up with steady system transition from narrow gauge to standard gauge and expanding further at that standard gauge level had become more than expedient like never before for the Federal Government to take the direction of constituting the Nigerian railway into an autonomous body – that is, making it a Federal Ministry of Railway, or Nigerian Railway Authority, or Nigerian Railway Commission.

“Keeping railway under the Ministry of Transportation is not likely to give railway an expected end of breaking even that we anticipate.”

He also lamented the welfare of the workers, saying, “The N30,000 minimum wage is not giving the workers any future. Many young and employable educated Nigerians are not willing to come and pursue any career path in the Nigerian railway because the salary is next to nothing.

“To buy a single locomotive costs well over and above N500m. Now, add that with the coaching facilities that will carry the passengers/cargoes.

“Now imagine the driver that will drive such enormous and very expensive assets is being placed on grade level six or grade level seven, where he earns after all deductions, a take-home of N45,000 to N50,000 or thereabout.”