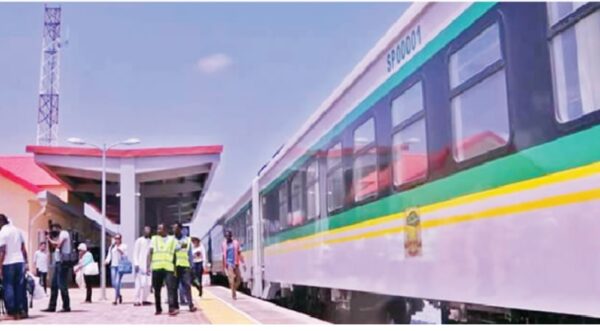 Our correspondent gathered that passengers booked ahead of the resumption date scheduled on Monday(today).

This is coming a week after the Minister of Transportation, Mu’azu Sambo, announced the extension of the train services.

Findings by our correspondent, who visited the Idu rail station on Sunday, revealed that staff of the corporation were seen at the station with some engineers who were working on the escalator.

“The government has opened the portal and some people have bought tickets already. I see a few seats remaining, but even some coaches have been taken.”

Media had reported that terrorists attacked the Abuja-Kaduna train on March 28, 2022, kidnapping 168 passengers and killing eight others.

The release of the victims has been in batches since then, with the last 23 freed in October.

A reliable source within the Idu rail station told our correspondent that there was a closed-door meeting among officials from the Ministry of Transportation  at Idu rail station on Sunday.  However, the source failed to disclose the subject of discussion.

“Some people from the ministry are here in a meeting, “the source said.

The statement also revealed that as part of the security measures put in place, it would be mandatory for every passenger to present their National Identification Number and a valid boarding ticket before they could board a train, adding that purchase of tickets by proxy was limited only to minors and specific number of adult passengers.

“Online and mobile app ticketing will be available from 8:00am today, December 4, 2022, while the ticket offices at the train stations will open from 6:30am tomorrow, “the statement added.