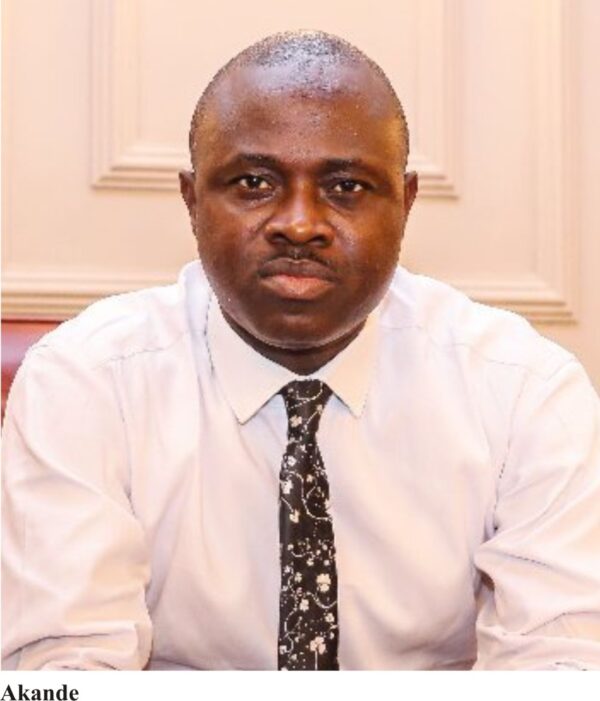 Mr. Olumuyiwa Akande,is the Head, Corporate Communications  of ,Sifax  Group,a  terminal operator  and  a leading brand in the maritime industry in Nigeria.  As a concessionaire ,Muyiwa believes that the terminal operators  are keeping to the terms of the concession agreement they entered into with the technical regulator, Nigerian Ports Authority (NPA),and argues that the operators have done very  well even surpassing expectation. In this interview with Frank Odinukaeze and Chioma Akabuogu,he highlighted some of the challenges the terminal operators are facing and the failure of NPA to play her  role as the landlord by  providing infrastructure and making the port accessible amongst  other issue. Excerpts:

It has been 17 years since concession, as a concessionaire what has  been the challenges in terms of infrastructure and other logistics?

Well, infrastructure has always been the major challenge. NPA has the responsibility of providing some kind of infrastructure for the operators to work and work well. For instance, the access  road to some of these  port terminals, most of them are not good enough , they have remained so for many years. And this has constituted a whole lot of hurdles for terminal operators. So, that one is the major issue. And we hope through NPA they will resolve that; and if you take it on a wider scale,, and because of the equipment that operators use, all of them are sourced from abroad, including their parts. All these require easy access to Forex. But that is not the case with the operators. You have to source your foreign exchange from the black market, when you want to either pay for equipment or pay for parts. So, it has been a really rough time for terminal operators, but life goes on and we are hoping that government will get hold of some of these challenges.

Under the concession agreement or law, whose responsibility it is to maintain or provide infrastructure in the terminals?

Your terminal was among other concessionaires that NPA threatened to revoke their licenses. What is the present state of the terminal as we speak? Have those things NPA complained of been taken care of?

We are in the process. We are working with all the government agencies, particularly NPA, in terms of renewal. All the requirements have been documented and submitted. Various assessments have been done so, we are expecting government to come back to us because almost all the terms of the agreement we had with them at the beginning of the concession, we have fulfilled all of them. We have even exceeded in terms of provision. The contract stipulates things some of us don’t need to provide in terms of equipment and all of that. The deed we have done, we have exceeded almost all of these things. So we know we have fulfilled the terms of the agreement, and we are working with them and we are hoping that government would make a decision. All the necessary application  and documents have been submitted. Agencies have come, House of Reps Committees, have visited. We are ready. We have done all we are expected to do, so we are expecting government to take a decision on that.

Are you saying that  the six months grace given by NPA, to address some of the contentious issues, your terminal has already taken care of them?

I have told you what the situation is. Government has its responsibility and we have our own responsibility. Government cannot expect us to do what they are supposed to do, in terms of the agreement. So we are simply doing our part. Let government do theirs. That’s the position of the operators, and even some of the operators are even magnanimous enough to say, “Okay, give us permission to do some of this infrastructure”. Sometimes ago, one of my Executive Directors (ED), granted an interview to a T.V. station where he mentioned that we have even written letter to NPA, seeking for permission to provide some of these infrastructure and can agree on how to make refund and all of that, but no permission has been given. So, it’s not even our duty, but we are even willing to put down an agreement on how that can be resolved. But it’s not our duty. It’s the duty of the government.

If I understood you clearly, you are saying that even when you are willing to put in place some of these infrastructures and you sought for permission from NPA, and it was not granted. Is that what you are saying?

Well, if we look at it from the wider perspective, concession has been a blessing to Nigerian economy and the maritime industry. If you take your mind back to what the situation was prior to concession. Lagos port was in a big mess. Things were not moving well, duel time was poor. Many of the terminals didn’t have modern handling equipment, so much delay in clearing goods, so much wharf rat, and the  port was really in a mess before the government took the decision to concession the port and bring in the private sector, who are willing to invest their money to acquire equipment to clean up the system. And if you look at what has happened in the 15 years, you can’t compare it with the pre-concession era. Go to all the terminals, you see investments in equipments, massive investment in human resources,which have translated into improvement in port cargo delivery. The time for turn  around is now reduced than when you see a vessel staying as much as two weeks because the equipments were not just there. These days, you see a vessel turn around in about 3-4 days. So, this couldn’t have happened without the concession. So to me, it has brought much improvement to the system. Government has made  a lot of revenue from the terminal operators, and customers are happy. The clients are happy ,because, their goods can be cleared as soon as possible, except for the challenge of access roads and few other things. It is just a big step from what it was prior to concession. So it’s a big blessing to everybody: for the operators, for government, clients, and everybody.

One of the complaints of NPA MD is that most times he wants to come to some of the terminals, they don’t allow him to do so, because the terminal operators would want to have notice of his coming and this situation according to him is not acceptable. What is your reaction to this?

Well, if NPA wants to come even unannounced, nobody is going stop them. I’m sure you know that. If the MD of NPA shows up in anybody’s terminal, he is not going  to be denied entry. But, for instance, if the management of a company – you know this people have their own schedule. The person that is supposed to receive him, say may be the ED, and  may be they are on official trip abroad, and the request cannot be handled at that time, what else do you want them to do at that point in time? You cannot allow may be mid-level officer to attend to the MD of the regulatory agency. So, some of these things are management issues. You cannot ask your manager to go and receive the NPA MD; if the MD’s and ED’s are not in the country or they are tied up in other appointments. So, they also look at their schedules and make sure that they give him a time that would have been convenient for both parties, but if he shows up, even unannounced, nobody is going to stop him. They are the landlord.

Previous Okada Ban In Lagos: What Sanwo-Olu, Transport Minister  Need To Do
Next 2023 Election: NAGAFF Pledges Support For Kwankwaso