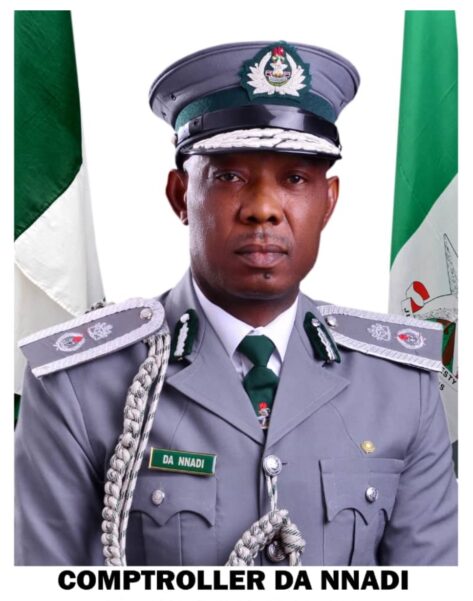 Nnadi took over from Comptroller Bello Jibo who moves to Abuja headquarters of the Service as Acting Assistant Comptroller General (ACG) .

The new controller promised to sustain and improve on trade facilitation in the border community.

In his brief remark while taking over, he said Nigeria remains a “strategic economic player in Africa”.

According to him, the ECOWAS Trade Liberalisation Scheme (ETLS) and the African Continental Free Trade Area (AfCFTA) would be explored for the common good of Nigeria.

He added, “Nigeria’s economy is central to the West African sub-region with its population of over 200 million and the country (Nigeria) has the potentials to contribute to the over one billion African population through the AfCFTA regime”.

He called on officers and other government agencies, border community, among others to try and embrace the challenges being encountered in border trade and comply with international procedures as far as international trade is concerned.

He promised to deploy his experience in previous assignments and his academic exposures in border administration.

Nnadi who was earlier Controller, Ogun State Customs Command had recently completed a one year training programme at the National Institute for Policy and Strategic Studies, Kuru, Jos.