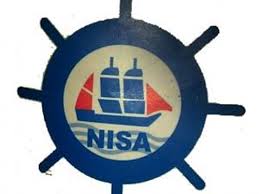 As part of efforts to address the fiscal challenges with ship acquisition in the nation, Nigerian Shipowners Association (NISA) is set to float a $500 million maritime fund, even as the group intends to revive the famous annual shipping conference, Nigerian Maritime Expo (NIMAREX).

The group is optimistic that the $500million would enable its members purchase more vessels to enhance productivity in the nation’s shipping sector, especially as the Nigerian National Petroleum Corporation (NNPC) has started showing willingness to award contracts to indigenous ship-owners

Recall that the Minister of Transportation, Hon. Rotimi Amaechi disclosed last month that President Muhammadu Buhari withdrew his approval for the disbursement of the Cabotage Vessels Finance Fund (CVFF) which was targeted at financing ship acquisition.

Speaking with newsmen in Lagos at the weekend, the Chairman of a Steering Committee, Mr. Sunday Omatseye said that all is set for the association to commence raising funds to generate revenue to get more vessels, a function CVFF was supposed to play.

The committee, which was set up on November 3rd, 2021 by the Association’s Chairman, Board of Trustees, Chief Isaac Jolapamo and other members, has a 7-point agenda which includes resuscitating NIMAREX to attract investors and showcase the maritime potentials of the nation.

Omatseye also noted that another goal of the committee is to reactivate the association’s plan to own a national carrier through ISAN Shipping Line which was registered in 2008 and owned by all the members.

“This Steering Committee is set up by NISA to revive the mandate of the association. As we said in the last briefing, we are back and alive. The committee has mapped out seven-point agenda and one of it is to float $500 million maritime funds to acquire vessels and other assets. To achieve this, strategies are on ground already like engaging international financial institutions. However, this does not mean we are leaving CVFF behind but we have to look for other alternatives for now. We need to move on. So, this is one of the plans ahead of us and all the required moves have begun.”

He, however, opined that all hope isn’t lost with the CVFF, assuring that the group would engage the federal government on possible ways to make the disbursement possible.

“A lot of propaganda is surrounding the fund but we will sit down with the government to discuss it out,” he added.