Despite the dominant role of the road transport sub-sector in the nation’s transportation system, there are numerous regulatory shortcomings, absence of technical and economic regulation in certain areas, amid massive opportunities.

To explore several angles on these pertinent issues, a sub-theme of the 3rd National Transport Summit by the Chartered Institute of Transport Administration (CIoTA) Nigeria was dedicated to road transport regulation at the Institute’s recent national event.

While there are numerous government Ministries, Departments and Agencies (MDAs) concerned with varying aspects of road transport regulation, there are also emerging concepts in dire need of regulations. Some of these new approaches include the proposed tolling of federal roads, introduction of solar-powered vehicles, electric and battery powered vehicles, among others.

According to experts, there is also a need to introduce special trade licenses in a bid to regulate the activities of service providers in the road transport sector like mechanics.

Speaking at the summit, Prof. Callistus Ibe who presented a paper titled; “Technical and Safety Regulation of Road Transport in Nigeria”, lamented that only two Nigerian states are making efforts to have regulations close to special trade licenses and they are; Anambra state and Lagos state.

“Over the years, multiple agencies have emerged such as the Vehicle Inspection Officers, Federal Roads Safety Commission (FRSC), Ministry of Transport, Ministry of Works, local governments, insurance companies, among others who grant licenses for certain aspects of road transport operations. The Ministry of Environment is also involved but only the FRSC has been outstanding in trying to provide quality service in the sub-sector. It’s important to note that FRSC has only been outstanding in attempts because the agency hasn’t enforced safety compliance or standards in the nation’s road transport sector,” he said.

Prof. Ibe also observed that the new proposals to have toll gates on highways don’t have a regulatory framework to manage the technical and economic aspects of such activity.

While the Infrastructure Concession Regulatory Commission (ICRC) and Bureau of Public Enterprises are expected to play a role in the concessioning, it is believed that the Federal Roads Maintenance Agency (FERMA) Nigeria is best placed to handle the technical regulation.

He, however, asserted that the revalidation process of drivers’ licenses in the country shows that there is no regulation for those who operate in the sector, adding that an economic regulator would also be needed to negotiate terms for free entry and exit from the sector.

Although the National Transport Commission (NTC) was tipped to address this regulatory gap in the road transport sector, the fact is that the regulatory vacuum is a cause for worry.

“What we have in Nigeria is the dominance of private operators in road transport sector but they are in small capacities which affect their financial ability to acquire the best staff as drivers or engage the best service providers for ancillary services like repairs.”

“If the private operators are encouraged to form bigger conglomerates or business combines, they would have the fiscal muscle to recruit the qualified people to operate road transport services.”

He lamented that the lacuna in road transport regulation led to highly influential unions which aren’t just operators, but also regulators in the environment.

“The regulatory system and pricing isn’t based on any standards or economic principles, but the dictates of the union’s members,” he said.

Nigerians have adjusted to the utilization of solar and electric powered vehicles, but there is no regulation for electronic and solar powered trucks and vehicles.

“There should be policies and standards for operating these vehicles, provisions for charging and pricing through regulations because this is the trend across the world,” Prof. Ibe said.

In his keynote paper presentation on the summit’s theme, “Regulating the Transport Sector in Nigeria: The State of the Art and the Years Ahead,” a former Acting Vice Chancellor of the Federal University of Technology, Owerri (FUTO), Prof. Innocent Ogwude  posited that there are two concerns in the road sector.

Ogwude also called for the introduction of concessionaires and concession sections of the federal highways for maintenance and for running as a business venture. He opined that an introduction of the principle of service for fee on federal roads would sanitize the sector even as he encouraged BOT arrangements for roads and bridges.

He equally stressed that the establishment of NTC as an economic regulator of road transport is important.

Last week, the Governor of the Central Bank of Nigeria, Godwin Emefiele, re-emphasized that most of the roads constructed in the country will be tolled in a bid to generate the funds to repay the loans used to construct them.

Emefiele said this on Wednesday while answering questions after the two-day retreat of the Bankers’ Committee in Lagos.

His words: “Most of those roads will be tolled and we know that in many other countries in the world, roads are tolled because those projects are commercially viable.

“They can be refunded with tolls so that maintenance can be done on a regular basis, and people will pay for it and enjoy good roads, and enjoy good facilities because that is the only way we can fund the infrastructure of this country, which is the large amount of money that is needed.”

According to him, within the financial system, there are a lot of idle funds that can be channeled, if packaged the way the Infrastructure Corporation of Nigeria Limited has been set up to give comfort to the local investors to put their funds in the project.

He said most of the funds would be in naira because the banks and pension fund administrators have a large pool of funds, and most of the funds can be raised locally before the country begins to think of accessing international finance.

Emefiele said the banking sector intended to help the government and the private sector to raise finance without necessarily encumbering the balance sheet of the Federal Government.

Attempts to collate some data on vehicle registration at Local Government Headquarters, Nigeria Police Force Headquarters, among others, are faced with inadequate and non-response such that published series are usually incomplete and in-accurate. It is only recently that the Federal Ministry of Works started publishing its Annual Abstracts, which contain some information on road transport immovable assets. 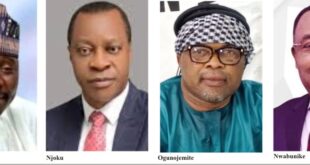 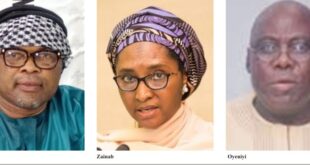 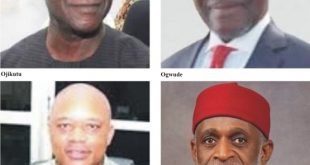 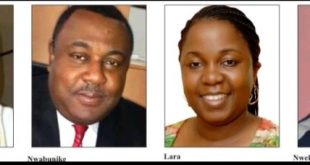 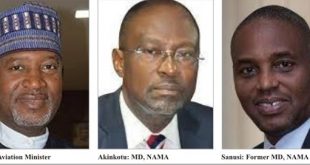 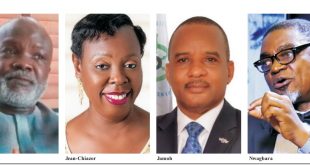 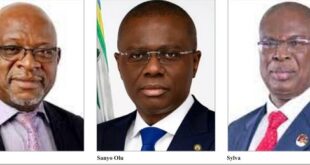