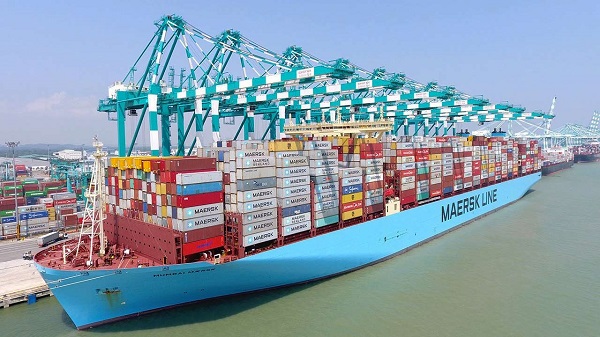 Nigeria’s export to the United States under a duty-free policy declined in the first nine months of 2020, recording $351.73m from January to September.

According to the latest African Growth and Opportunity Act policy trade statistics, exports to the US under the policy fell by 86.97 per cent from $2,699.13m in the first nine months of 2019 to $351.73m in the corresponding period in 2020.

The AGOA, a United States’ trade policy, enacted in 2000, is a legislation that facilitates a duty-free trade between exporters from sub-Saharan Africa and the United States.

Annual trade data showed the largest contribution towards AGOA-eligible trade commodities was usually oil exports mainly from Angola and Nigeria, and to a lesser extent, Chad and the Republic of Congo.

For instance, oil export under the policy accounted for 99.7 per cent of Nigeria’s AGOA exports to the United States in 2019.

According to the statistics, oil and gas products valued at $3.12bn were exported to the US under the policy in 2019.

However, South Africa, Kenya, Ethiopia, Lesotho, Ghana and Madagascar are among the leading non-oil AGOA exporters.

The data showed that Kenya, Ethiopia and Madagascar dominated the apparels sector.

Following the coronavirus-induced crash in oil prices earlier this year and declining demand, Nigeria has been struggling to sell its crude oil cargoes.

Prior to the lockdowns and collapse in crude oil demand caused by coronavirus crisis, the production of US shale oil had led to a significant reduction in the exportation of Nigerian crude oil.

The United States’ import of Nigeria crude oil plunged by 63.03 per cent in the first quarter of this year, compared to the last quarter of 2019.

Data from the US Energy Information Administration showed that the country imported 5.53 million barrels of crude oil from Nigeria in Q1 2020, down from 15.07 million barrels in Q4 2019.

The Nigerian America Chamber of Commerce recently said it was planning to establish parks in states for businesses to benefit from the duty-free AGOA of the US government.

The President, NACC, Otunba Toyin Akomolafe, during a courtesy visit to The PUNCH head office, said the parks would be a platform to create awareness of the eligible products and acceptable standards by the American government.

Already, he said, Osun and Imo state governments had shown interest in the parks.

He described AGOA as an initiative of the United States Government to open up a preferential window of export opportunities to selected countries in Africa, including Nigeria.

Akomolafe said, “This window of opportunity helps in assisting our members with information and training on export procedures and standards, etc. in exporting non-oil and agro-allied products to the United States.

“Our members stand to gain a lot more with higher standards of exports and better access to finance under the AGOA initiative but all these are currently being addressed by the chamber through education and training of members by the chamber.”

Also speaking, the Director-General, NACC, Sola Obadimu, said the government needed to encourage Nigerians in America to come home often to use their talents and resources to develop the country.

He urged the government to develop investment friendly policies and improve the ease of doing business.