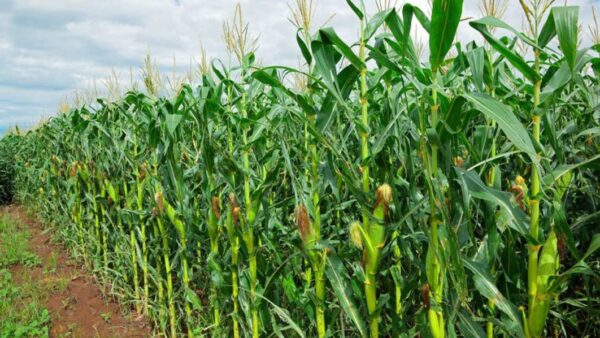 The Federal Government, through Nigeria Sovereign Investment Authority (NSIA), has unveiled plans to support increased maize production from 1.5tonnes to 10tonnes per hectare by 2025.

The NSIA Managing Director, Uche Orji, while speaking at a media briefing, yesterday, in Abuja on redefining agriculture, in Nigeria for the future said the NSIA has been supporting large integrated farms to boost food production in the country.

According to him, NSIA partnered with a Dutch to raise an agriculture-focused fund for the development of large-scale integrated projects across Nigeria.

Orji noted that Nigeria currently produces 11.6million tonnes of maize yearly and it is estimated that a national average increase of only one tonne per hectare will not only result in self sufficiency, but could generate export earnings of over $1 billion.

He stated that the authority supported Pandagric Novum Farm to boost their crop yield, as they were already doing six tonnes of maize per hectare plans but they intend to increase their yield to 10 tonnes within the next three years through cultivation of improved maize varieties and good farm practice.

He maintained that he NSIA as an investment institution of the Federal Government aims to play a leading role in driving sustained economic development for the benefit of all Nigerians, adding that Pandagric Novum, a food and feed manufacturing company located in Nasarawa State, is a flagship project under the joint venture was developed as a platform for diversification and a path to enhancing Nigeria’s protein consumption per capita.

Orji stated that the agency aims to develop the Nigerian agriculture sector enough to ensure increased production to meet local demand, as well as develop requisite infrastructure to ensure improved product quality, facilitate import substitution and provide a driver of foreign exchange earnings from the exportation of agriculture produce.

The Managing Director of Pandagric Novum, Bruce Spain, while speaking on how the company has been redefining the future of agriculture through increased crop yield said the goal of the company is to achieve over 10 tonnes per hectare by 2025.

Spain added that they also intend to reduce the negative environmental impact associated with opening and farming more land, saying their aim is to get these practices into the farming communities and start to see yields and agricultural output rise in Nigeria.