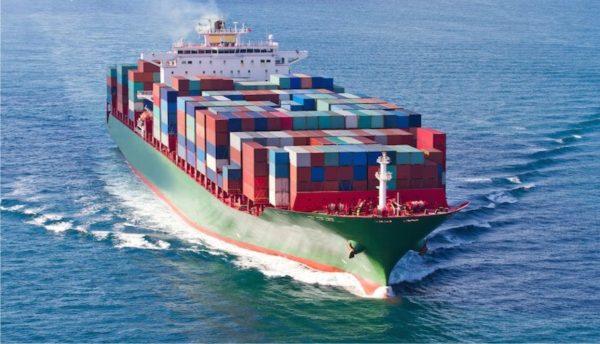 With abundant crude oil resources, Nigeria’s shipping firms are waiting endlessly to enjoy the goodies of crude oil freight arrangement, which has hitherto favoured their foreign counterparts through the Free-On-Board (FOB) arrangement.

The indigenous shipping firms have continued to suffer a huge loss to their foreign counterparts, who have been benefiting from lifting the nation’s crude oil based on the FOB arrangement.

Nigeria, a member of the Organisation of Petroleum Exporting Countries (OPEC), currently exports around 1 million barrels per day (mbpd) of crude and condensate, with the capacity to produce 2.2 million bpd; but indigenous ship owners have never benefited from crude oil lifting contract as they allegedly lack capacity.

Sale of Nigeria’s crude oil has been on FOB terms for over 40 years. Under these terms, buyers reserve the right to nominate the ship that will carry their cargo to the market. All Nigerian crude oil buyers nominate foreign vessels to ship their cargoes and none has ever nominated a Nigerian vessel.

Media source gathered that the Nigerian Maritime Administration and Safety Agency (NIMASA), the Ship Owners Association of Nigeria (SOAN), and Nigerian Shipowners Association (NISA)have not been able to berth a new trade arrangement, known as Cost, Insurance and Freight (CIF).

The CIF empowers the seller to clear the goods for export and pay the cost of moving the goods to the port of destination. The buyer bears all risks of loss or damage. The seller, however, purchases cargo insurance.

Prominent shipowner and Managing Director and Chief Executive Officer of Starzs Marine and Engineering Limited, Greg Ogbeifun, told The Guardian that the CIF arrangement would also help Nigerian shipowners to acquire bigger tankers of international standards and take their rightful place in the trade of crude affreightment.

Ogbeifun, who is a former President, SOAN, said: “The ships that move Nigerian crude are “supper tankers, about 300,000 tons, global trading ships. There is no single Nigerian that has any of those ships. Nigerian shipowners that you can refer to are those involved in coastal trade.

“The question; is why are Nigerians not having tankers that meet international standards to participate in the crude trade?

“One of the reasons is the trade term of carriage of crude. Nigeria is selling its crude on FOB. That means that it is the buyer that nominates the ship that will carry the cargo. If Nigeria is selling its crude under CIF, it means that Nigeria will sell the crude to you and transport it and then you will pay the insurance. So, that trade term gives Nigeria the right of appointing the tanker that will carry the crude.

“If we are in that situation, it means Nigerians have a ready market of the crude carriage they can use to invest in buying crude oil tankers.

“The first thing for the country to do is to change the trade terms from FOB to CIF. And that creates the market that enables Nigerians to come into the business,” he stated.

Ogbeifun expressed concern about the delay in changing the trade terms after years of promises.

He said: “Why haven’t they been able to change it, make it a law, sponsor a bill in the National Assembly to stipulate that the trade term should be changed from FOB to CIF? Give all the advantages of doing that and then it would go through the legislators and become law. It is not the NNPC that will change the trade term. A lot of people are making that mistake and they keep going to NNPC. The moment it’s a law, NNPC is under obligation to obey the law,” he said.

Stakeholders have attributed the loss to NNPC’s exclusive use of foreign shipping companies for transporting the Nigerian crude, which is sold on FOB, rather than CIF.

Former Group Managing Director of the Nigerian National Petroleum Corporation (NNPC), the late Dr. Maikanta Baru, had earlier said Nigerian shipping companies did not have the capacity to participate in the affreightment of the nation’s crude oil.

Baru said: “There are no in-house vessels that can really accommodate our own type of fit-for-purpose work.”

NNPC’s preference for foreign companies in shipping Nigeria’s crude oil to the international market has been a bone of contention between the state oil corporation and indigenous shipowners, who have rejected the trend for frittering away value that could have accrued to the national economy if their services were patronised.

The current Nigerian crude oil term contracts (2018-2020) involve the export of around 1 million barrels per day (mbpd) of crude and condensate, out of the 2.2 million b/d Nigeria has the capacity to produce.

The guidelines say the crude will continue to be sold on a FOB basis, “subject to the execution of a sales and purchase agreement with selected buyers.”

Also, Article 3 of the general conditions for sale and purchase of Nigerian crude oil issued by NNPC stated: “Delivery by the seller to the buyer shall be on the basis of F.O.B. Nigerian deepwater terminal.”

Group General Manager, Public Affairs Division of NNPC, Kennie Obateru, could not give details when contacted by The Guardian. He promised to get the facts and get back but had not done so at press time.

However, different interests have projected different figures regarding Nigeria’s loss to the FOB arrangement. Shipowners, under the aegis of SOAN and NISA, had earlier put the loss at N2 trillion yearly.

Shipowners lamented that Nigeria loses N2 trillion yearly to capital flight to foreign countries that own vessels used in lifting about 150 million tons of cargo, including oil products.

The Nigerian Content Development and Monitoring Board (NCDMB) had, in 2013, estimated that the Nigerian economy lost over $100 billion in five decades by allowing its crude oil to be carried exclusively by foreign-owned tankers.

He said: “There has always been a synergy even before now, I remember attending a meeting with the former Director-General of NIMASA, Dakuku Peterside, and we talked about the FOB contract, which means it is the buyer overseas who will determine his vessels, all we do is to have the oil production and handover to them. We discussed that with NNPC. Also because of what we have been discussing, now NNPC has opened a small window, which we hope will be better.

“For the FOB contract, I think among the OPEC countries, Nigeria is only one selling its products under FOB.”

Nigeria, according to him, pays about N700 billion for freight under this arrangement.

The amount, he noted, would have been a huge income for indigenous shipowners, he said as he debunked the claim that Nigerian companies did not have the capacity for the business.

“Over the years, the NNPC or the oil sector has been saying it is risky and that they don’t want the risk because the budget has already be done. But you have to venture. Nothing ventured, nothing gained.

“Why wouldn’t we carry our own, that is the basic thing. Saudi Arabia, Angola, Iraq, and many of them have their own vessels, they carry crude and that is what we should do,” he added.

He said involving local shippers would have a tremendous impact on the nation’s economy by boosting the income of banks, insurance companies and other firms would be involved.

MEANWHILE, the Director-General of NIMASA, Dr. Bashir Jamoh, has stated renewed efforts to change the terms of trade for affreightment of Nigerian crude oil from FOB to CIF.

Jamoh disclosed this when he received a delegation from the NNPC, led by the new Group General Manager, Crude Oil Marketing Division, NNPC, Sir Billy Okoye.

Jamoh said: “Since 2018, NIMASA has championed moves for a change in the terms of trade with regard to transportation of Nigerian crude oil, from FOB to CIF to ensure greater benefits for the country from its oil resources,”

He said: “A technical committee involving NIMASA, NNPC, and other stakeholders would be set up to develop a template for the desired change, with workable timelines.”