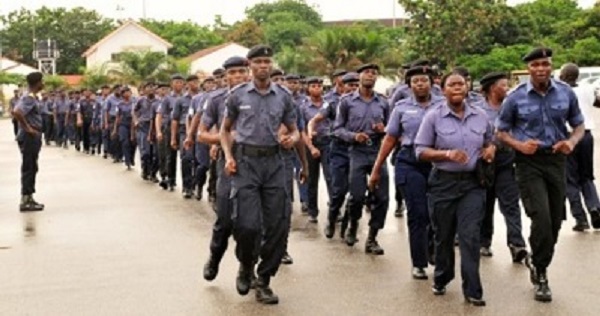 The Nigerian Navy Ship Jubilee, Ikot Abasi in Akwa Ibom State said it was committed to tackling the menace of illegal oil bunkering and reduce it to the barest minimum along the Nigerian waterways.

It said the Operation ‘Dakatar Da Barawo’ has achieved tremendous success in the number of arrests and siezuresof illegal smuggling across the state.

The commander NNS, Jubilee, Commodore Semiu Olubode- Fazaz, said this on Wednesday, while fielding questions from newsmen after inaugurating a water project for Essene, one of the host communities of NNS Jubilee.

He said, “As you all know, illegal oil bunkering is an old criminality and we are the one fighting it. If you observed just recently, to further our efforts in combating the menace of illegal bunkering, NN launched launched Operation ‘Dakatar Da Barawo’. So far, without being immodest, the operation had gone a long way in curbing illegal bunkering in Akwa Ibom State.

“NN had seized quite a number of crude oil by these oil thieves and we have chased them out of their hideouts, where they vandalised federal government property to steal our oil.

“We will not be tired. We will keep on fighting illegal bunkering. We all know how this has affected our economy and of course, the development of Nigeria. NN as a service would continue to fight this illegality in our waterways.”

He lauded the community youth for cooperating with the NN to curb illegal bunkering in the state.

Meanwhile the commander described the inauguration of the project as one of the cherished tradition of giving back to the host community, adding that NN would continue to ensure that it host communities live in peace.

In his remarks, the head of the community, Eteidung Okon, lauded the NN for the inauguration of the Water project, promising to ensure that the project was protected.