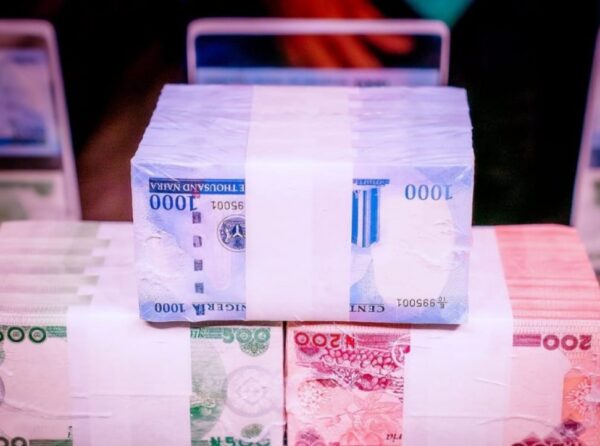 The World Bank has warned the newly redesigned naira which went into circulation last week may have negative effect on economic activity especially poor Nigerians due to its timing and short transition period.

The Washington-based bank revealed this in a new report titled, “Nigeria Development Update.”

This came amid the mixed reactions that have been trailing the newly redesigned notes.

The Central Bank of Nigeria had last month unveiled new N,1000, N500 and N200 notes as part of measures to mop up excess cash in circulation, ransom payment for kidnapping, terrorism financing, counterfeiting, among others.

The World Bank, in its report, however, said the new policy would negatively affect small businesses especially those who day-to-day cash transactions.

The report read in part, “While periodic currency redesigns are normal internationally and the naira does appear to be due for it since naira notes have been redesigned for two decades, the timing of and short transition period for this demonetization may have negative impacts on economic activity, in particular for the poorest households.

“International experience suggests that rapid demonetizations can generate significant short-term costs, with small-scale businesses, and poor and vulnerable households, potentially being particularly affected due to being liquidity-constrained and heavily reliant on day-to-day cash transactions.

“At present, households and firms already face elevated financial pressures from prolonged, high inflation, recently compounded by external food and fuel price shocks, and the severe floods, and phasing out existing naira notes over a short time period may add to their challenges.”

The President of the Bank Customers Association of Nigeria, Dr Uju Ogunbunka, had also said the objectives of the cashless policy was understandable but noted that the execution and timing were not right.

He said, “From the cashless policy point of view, we should appreciate that, as much as possible, the government is trying to limit the use of cash for transactions, more so, now that they are redesigning the currency. “The second thing is that the government wants to drive the use of online banking, which is good for our economy.  Unfortunately, there have been so many complaints about failed transactions.”

“There is hardly any week without complaints in the banking hall. You will see people shouting with regard to transfer failures. Have we put enough structure to take care of some of these things? The answer is, we are yet to, we are making progress, yes, but we should give enough room and time for some of these things to play out rather than short-circuit the system.”

Also, the Lagos State Chairman of the Nigerian Association of Small and Medium Enterprise, Dr Adebayo Adams, had said the policy would hit businesses and the MSMEs.