Iyom Josephine Anenih, former Minister of Women Affairs and Social Development was the guest speaker at the 2021 Class of MMS Woman of Fortune Hall of Fame(WoFHoF) Initiative Induction/Lecture with the theme:“Women In Leadership And Governance: Promoting Sustainable Economic Prosperity.”  The event featured female policy makers and leaders from different sectors of the economy under the chairmanship of Princess Dr. Vicky Haastrup, ExecutiveVice-Chairman, ENL Consortium, one of the key terminal operators in the maritime industry.

It is indeed a huge privilege and honour for me to be invited as the Guest Speaker at this great event organized under the auspices of the MMS Woman of Fortune Hall of Fame (WoFHoF) Initiative which I have heard, spoken so glowingly about, a platform that has brought notable women across the length and breadth of this country and even beyond our shores together for the best of reasons especially mentoring and gender advocacy.

I wish to appreciate all the notable women who have queued behind this great initiative and who have over time taken up more mentorship responsibilities for our girl-children, unemployed or support-needing womenfolk and other un-empowered people through this WoFHoF platform. This is a veritable initiative which as they say, “its time has come”.

Well, my time has come now to talk from this platform to our girls, our women, leaders, ourselves and our society at large. Leadership and Governance are twin variables, mutually interchangeable socio-political entities which impact society with the effect of social engineering/re-engineering, economic transliteration and political management.

Women have been naturally imbued with the responsibility to nourish and nurture life and direct society from the cradle. Women are naturally endowed to attract attention and play leadership roles with the existential strata of life. Divinely created as help-meets, women have through the ages and eons of time succored mankind, searching, finding and meeting the help needs of the family units, overtly or covertly fostered socio-politico-economic developments within their immediate and extended environments.

My task in this paper is to look holistically at Women in Leadership and Governance and to instigate discourse into those attributes of “leading women” which must be brought to bear in shoring up the economic paradigm in a sustainable way. This is by no means an easy task but I will try to take perspective approaches to the subject matter. While I appreciate the enormity and importance of this task, especially at this period of our national economic lows brought about by many leadership and governance factors, and more pointedly by the actions and inactions of the COVID era, I will be very brief in my presentation, with a consciousness not to keep you longer than necessary.

As I earlier posited, Leadership and Governance are mutually inclusive and used interchangeably in many contexts, especially within political cycles. This Paper will attempt to define the two concepts, highlight their attributes, points of convergence and possible divergence, and encourage women to take on or extend the frontiers of effective leadership and good governance which portend great economic goodwill.

Leadership is a process of influencing others or an organisation to accomplish an objective in a cohesive and coherent way. Akin to management, leadership harnesses the potentials of a group and directs its latent and inherent energies towards a target goal or a set of goals. It is essentially about ‘influencing’, ‘harnessing’, ‘integrity and trust’, inter-activeness and team building relationships that ultimately get jobs done and results achieved.

Women have come on powerfully in key leadership functions within the public and private sectors of the economy. Their numbers are increasing in key public portfolios, particularly in the Economic, Educational, National Planning, Developmental, Environmental and of course Gender Centre within the national and international spheres of influence.

This is coming through gender awareness-creation mechanisms and more focused, deliberate and enhanced education, training and capacity building initiatives. Women are continually engaging politically, socially and technically. The name of the game is empowerment. Since after Beijing, Governments have been constantly conscientized to empower the female gender by closing the gender gaps, which to me is yielding good results even though in trickles within the African continent as compared to other continents. It is heart-warming to note that the gender gaps efforts and sustainability issues are issues on the front burner of the United Nations and other partner International organizations.

Competence is one of the qualities of an effective leadership which includes others like;

Accountability: This is widely and loosely used to describe being responsible, self-criticism, being accountable to yourself, your organization and the society. Integrity, Power or Influence, Values and Principles are attributes that an effective leader must task herself on and be accountable for.

Humility, Humanity (humaneness), Tolerance, Tactfulness, effective Communication style, Openness and Inter-Relationships are virtues that an effective leader must sign on to.

Good governance is agreeably a wide call, but it concretizes the efforts of effective leadership by drawing progress lines between decision making and results orientation. Good governance has found deep application in international literature especially within the organs of the United Nations. The United Nations Development Programme (UNDP) and the World Bank list the following 8 principles/characteristics of Good Governance:

Globally, women have shown dynamism and propensity to make inputs towards changing the economic skyline of nations. From obscure workstations and subsistent economic returns, women have climbed the ladders of leadership by a dint of hardwork and tenacity breaking through various socio-political, trado-cultural, economic, male ego-centrism/chauvinistic and sundry gagging barriers.

Progressively, women have attained and are attaining high academic levels and picking up relevant skills that are enabling them get empowered to take up positions that will foster the promotion of economic gains for self, society and nation. Women are at play at both the micro and macro- economic centers.

However, some pertinent questions at this point are: Can a woman’s position in leadership and governance promote sustainable economic prosperity for other women and the society at large? What are the inhibiting factors and the opportunities? What effective strategies are there for women to leverage on for integration?

History is replete with women who have shaped the cultural,socio-political and economic future of the world by taking leadership of their environment, sector and professional hamlets, and by so doing inspired others to break their ceilings of limitations.   A check list on the global view reminds one, among many others, of  Benazir Bhutto of Pakistan. She was a political activist who at a young age founded an underground organization to resist the country’s dictatorship. Four years later, she became the Prime Minister at age 35years old, making her one of the youngest chief executive officers in the world and the first woman to serve as prime minister in an Islamic country. Bhutto while in office built schools and electricity all over the country as well as made gender empowerment, hunger, housing and health care top priorities. She was assassinated in 2007 while at a campaign rally.

The contemporary Nigeria  has a handful of phenominal women in governance and leadership whose challenge of the statusquo has fired destinies up and promoted economic prosperity. Dr.( Mrs) Ngozi Okonjo-Iweala, M.O. Abudu , Ibukun Awosika, among many others, who have created wealth through employment, mentorship, role modeling, training and education.

Limitations To Women Development In Nigeria

In spite of the much touted efforts of the government and international organizations on gender related developments as well as the contributions of women in leadership and governance in Nigeria, statistics of Nigerian origin, says women are still getting the short end of the stick on most  growth and development indices.

International Parliamentary Union, says women make up  less than 6 percent of Nigeria’s parliament. These presuppose that government policies of gender inclusiveness  are realistically ineffective perhaps this explains the reason the Federal Government in its Medium Term National Development Plan(2021-2025) identified  data collection as a key problem of gender development in Nigeria. It is surprising to note that data collection deficit and management on women development which featured as a major snag in 1981 UN Decade for Women during which the organization of African Unity developed what was termed  Lagos Plan of Action of 1980-2000  for Africa. Forty years after, no credible gender database for planning.

MOBILIZING WOMEN FOR GROWTH AND INTEGRATION

Efforts to integrate women into the mainstream of economic development on realizing their relevance in creating and sustaining economic prosperity in Nigeria dates back to November,1982 when the Federal Government established the National Committee on Women and Development and directed that it should be replicated in states in response to the recommendations of the World Conference of the International Women’s Year in Mexico City, 1975. This was intended to increase the participation of women at gross roots, rural worker’s organization or associations, among others, both in decision making and in the implementation of projects that affect women.

Today, the emergence of women groups cuts across religious, political, social, professional, economic and cultural tributaries as a fulcrum for mobilization,  empowerment, gender consciousness and most importantly, mentorship and role modeling.

This is where many of our NGOs find expression. These platforms have become effective strategy for networking, peer grouping, promotion of common interest and above all, training, economic welfare and mentorshp of all sorts. Every woman needs a platform to blossom. This is where Nkata Ndi Enyom Igbo bears its flag of honour. It was founded to give voice to the voiceless women in the east of the Niger.  Yours sincerely is the founder.

Initiatives like the MMS Woman of Fortune Hall of Fame (WoFHoF) add fillip to these. It is intriguing to note the several women empowerment and female gender promotional programmes that have been served from the MMS mills.

I am more gladdened that MMS WoFHoF Initiative has extended the frontiers of our efforts at the Women Affairs and Social Development Ministry where I tried and indeed initiated several empowerment programmes such as Women Trust Fund.

We must not as women be disconnected from the economic plans and policies of the government as we aspire to promote and create sustainable means for economic prosperity.

It is my pleasure therefore to declare my support for these efforts and to encourage women to engage more in politics in order to take the reins of governance.  With more women in politics, the closer the hope for a female president soon and more women in both elective and representative positions.

Let me seize this opportunity to pay loud ovation to MMS WoFHoF Initiative and to express my appreciation once again for the honour of this day.

Thanks for your attention. 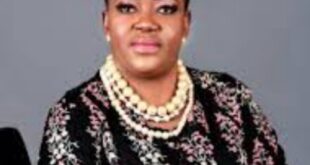 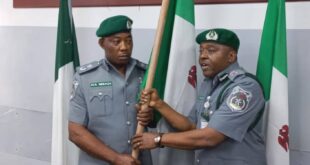