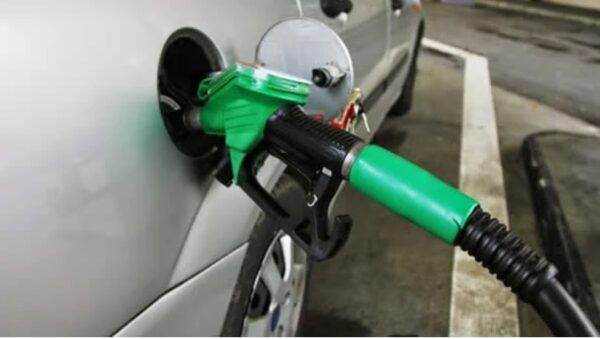 The Independent Petroleum Marketers Association of Nigeria has disassociated itself from the current scarcity of the Premium Motor Spirit, also known as petrol, which is ravaging  the country.

IPMAN, in a statement signed by Ogun State  Chairman, Mosinmi Depot,  Femi Adelaja, on Sunday, attributed the current scarcity of petrol in Ogun State to the Federal Government and the Nigeria National Petroleum Corporation’s  failure to make the products available for its members at affordable prices.

The statement read, “The leadership of the Independent Petroleum Marketers Association of Nigeria in Ogun State has noticed with serious concerns, the scarcity of the Premium Motor Spirit (PMS) commonly referred to as petrol across towns and cities in Ogun State, with its attendant hike in the dispensing price above the federal government stipulated price.

“Be informed that this crisis currently being experienced by Nigerians over scarcity of the Premium Motor Spirit (PMS), popularly called petrol, was not caused by the Independent Petroleum Marketers Association of Nigeria (IPMAN), but, rather, the Federal Government and the Nigeria National Petroleum Corporation (NNPC), which  have failed to make the product available for our members at affordable prices.

“As we speak, PMS is not available in any of the NNPC’s depots across the country. The few litres being sold to members of the public by our members were secured from the management of private depots in Lagos, which  would sell the product to us at exorbitant prices of between N215  and N220 per liter”.

“Prior till now, IPMAN members do get our supplies from the NNPC depots at N148.17k, but since it’s not available in these depots, the private depot owners in Lagos now sell to us at a price of N215.30k, excluding the cost of transportation and other handling and overhead costs.

“So, by the time we add other overhead costs to the price of purchase, it brings the landing cost of fuel to between N245 and N250 per liter, excluding transportation, with cost charges  of N15 per liter, from Lagos to Abeokuta depending on the location to offload such.

“This implies that for us to dispense the product, which we get from a third-hand to members of the public and also meet up with the other overhead costs including running of the filling stations on generator and payment of staff, we have to sell at the price of N270 per liter which we are selling currently across Ogun State.”

Adelaja,  however, advised the Federal Government to remove  the subsidy on petrol and ensure a total deregulation of the sector while dedicating each of the NNPC depots for the service of the IPMAN members in each of the states, including Kwara.

Meanwhile, oil marketers have said the claim by the Nigerian Midstream and Downstream Petroleum Regulatory Authority that the NNPCL had petrol stock that would last for 34 days was untrue.

Former Chairman, Major Oil Marketers Association of Nigeria and Chairman/Chief Executive Officer, 11 Plc, Tunji Oyebanji, told media source on the sideline of the Institute of Change Management’s lecture and dinner in Lagos over the weekend that the products said to have been imported by the NNPCL were yet to get to the depots and retail stations.

Oyetunji had confirmed a recent exclusive by media on foreign suppliers of petroleum products to NNPCL placing a financial lien (embargo) on product cargoes due to the inability of the state oil company to pay in cash.

A source close to the matter had, last week, told media source that imported products were hanging on Lagos waters as importers had refused to release products.

Until a few days ago, the government agency responsible for fixing of all petroleum prices in the downstream sector, NMDPRA, had remained mum despite perennial petrol scarcity this year.

According to Oyebanji, Nigeria would continue to witness recurring fuel scarcity until the Federal Government put a stop to the current product importation being enjoyed by state oil firm, NNPCL.

“It is usually very difficult to state one particular thing as responsible for fuel scarcity. While all along, we have always advocated for deregulation so that there will be many suppliers in the industry. Today, there’s only one supplier, which is NNPCL. This is not an ideal situation. A market where there’s a single supplier, most likely, will experience hiccups along the line. The fundamental solution is to free up the market, allow competition, and allow people to take up the importation and distribution such that if one supplier does not have, the other one will have,” he said.

“There are other logistics issues responsible for the scarcity like the recent flops that took place. You know that once scarcity rears its head, there is a lot of panic buying, and it then becomes difficult to get the queues off the roads.”

According to her, depot owners were currently facing forex scarcity at the Central Bank of Nigeria’s rate to enable them to import petroleum products.