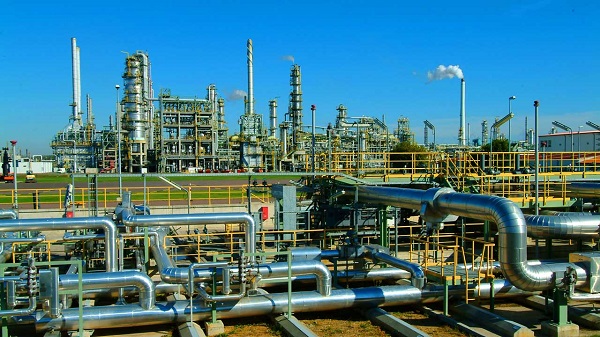 The Port Harcourt Refining Company in Rivers State is to start operations this month and this is going to warrant a drop in the cost of Premium Motor Spirit, popularly called petrol, oil marketers said on Monday.

Marketers stated that the Minister of State for Petroleum Resources, Chief Timipre Sylva, confirmed that the refinery would start producing petroleum products this month, as this would boost the supply of the commodity in Nigeria.

The President, Natural Oil and Gas Suppliers Association of Nigeria, Benneth Korie, told journalists in Abuja that the rehabilitation exercise at PHRC had reached an advanced stage, adding that the plant was set to pump out refined petroleum products.

He said, “The Port Harcourt Refinery is going to start operations this month. I got this from a reliable source and the minister has confirmed that. So with that, the cost of petrol will go down.

“This is because there is a difference between the products that you import and the ones you refine here in Nigeria. Remember that the Port Harcourt refinery is under maintenance and it will definitely come up.”

Asked whether the PMS output from Port Harcourt refinery would really have considerable impact on supply and the cost of petrol nationwide, the NOGASA president replied, “After Port Harcourt, other refineries will come up.

“We have the Warri and Kaduna refineries. As we speak, they (government) are working on them. And once this happens, the cost of petroleum products will go down, I’m sure of that.”

In March 2021, the Federal Executive Council approved the plan by the Federal Ministry of Petroleum Resources to rehabilitate the Port Harcourt Refinery with $1.5bn.

The decision was taken at the weekly meeting of the council presided over by the President, Major General Muhammadu Buhari (retd.). This was disclosed to reporters by Sylva.

The contract for the Port Harcourt refinery rehabilitation was awarded to an Italian company, Tecnimont spa.

Also, in August 2021, the Federal Government approved the sum of $1.4tn for the rehabilitation of Warri and Kaduna refineries in Delta and Kaduna states.

A breakdown of the approved funds showed that $897m would be expended on the rehabilitation of the Warri refinery, while $586m of the fund would be invested in the Kaduna refinery.

Meanwhile, Korie stated that a lot of filling stations were currently folding up due to the lack of PMS to dispense and the challenges associated with accessing the product.

He said, “We sacrificing a lot by doing this business with losses every day. Go and see the number of filling stations that have folded up in Nigeria. For the depots, how many of them have fuel to sell?”

He stated that the availability of petrol in Nigeria was currently the problem facing operators in the downstream and not necessarily the cost of the commodity.

Korie, however, explained that the cost of PMS at filling stations operated by major marketers had been below N200/litre because MOMAN members often got their products directly from NNPC.

“We are all marketers, but it depends on how you get your own product. They (major marketers) get their products from source (NNPC) and we get ours from them (major marketers). So don’t expect us to sell less than them,” he stated.