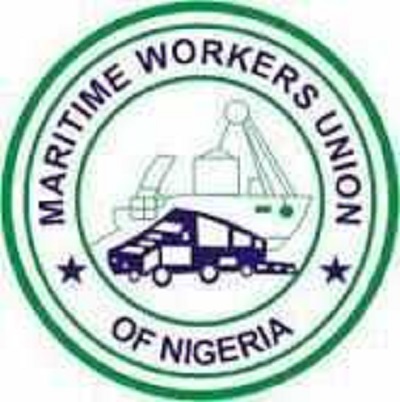 The Maritime Workers Union of Nigeria has declared an indefinite strike over the sacking of 500 workers by Integrated Logistics Services  Nigeria Ltd., and Associated Maritime Services Ltd.

The union has also directed its members to shut down the Eastern ports from Monday pending the reversal of the disengagement of the affected workers by the two firms.

This was contained in a statement on Sunday, signed by the Secretary-General of MWUN, Mr Felix Akingboye, titled, ‘Maritime workers declare industrial unrest in the Eastern Ports over the sacking of members by INTELS Nigeria Ltd. and Associated Maritime Services Ltd.’

The union explained that it was engaged in a negotiation with the firms on improved workers welfare when they summarily sacked the 500 workers on December 4, 2020.

It further said the companies contracted security operatives who allegedly assaulted the workers.

The statement said, “In the course of the negotiations that started about a week earlier, the union requested for a break to enable the union hold its National Executive Council meeting on Friday, 4 December 2020.

“To our greatest shock, while the union was holding its NEC, the two companies issued redundancy letters to over 500 of our members.

“We wrote to the two management to withdraw the redundancy letters for us to resume negotiations in a peaceful and harmonious environment.

“They did not only refuse, but followed up the redundancy letters by locking out our members on Monday, December 7, 2020.”

“To further worsen the situation, they unleashed armed security operatives, including soldiers and policemen on the union members and inflicted various degrees of injuries on our members. Some of them are at present in hospitals receiving treatment,” MWUN stated.

As a law-abiding organisation, the union said it cannot accept the illegal use of security operatives to deal with industrial relations issue where unarmed workers were brutalized, intimidated and harassed.

“Consequently, the union has directed its members in the Eastern ports to down tools from Monday, December 14, 2020, and begin an indefinite industrial action pending when the management of INTELS and AMS withdraw the redundancy letters to our members and guarantee resumption of negotiations,” Akingboye said.

He also said the maritime workers would not call off the strike until the Federal Government investigates the presence of armed security operatives at a peaceful gathering of workers; sanctions those who brought the security operatives, and secured a guarantee from the Nigeria Ports Authority that security operatives would no longer be used to settle industrial issues in the sector.