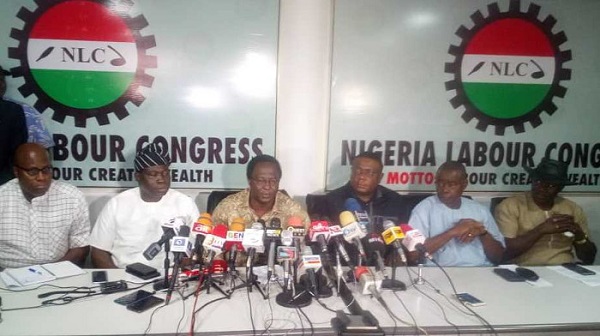 The Trade Union Congress of Nigeria (TUC) has opposed the proposed plan by the Federal Government to pay some unemployed 1,000 youths N20,000 monthly to maintain public infrastructure nationwide for 12 weeks.

It claimed the move was another “conduit pipe for politicians and their foot soldiers”, vowing to protest against the action, “not because it is a bad idea, but because of how the palliatives that were distributed during the lockdown period went.”

The union maintained that the government had “never been sincere, and this will not be an exception.”

In a statement yesterday by its president, Quadri Olaleye, and the Secretary-General, Musa-Lawal Ozigi, TUC asserted that the “payment of N20,000 to 1,000 unemployed persons per local government area for a period of three months does not in any way solve the nation’s unemployment challenge.”

Instead, President Muhammadu Buhari and his economic team were advised to use the money in building factories in all of the country’s 774 local councils.