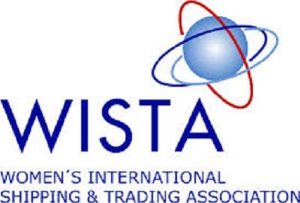 Government agencies at seaports and the entire maritime sector have been encouraged to collaborate in a bid to drive efficiency and improve Nigeria’s maritime outlook as the nation prepares for the 2021 International Maritime Organization (IMO) Governing Council elections.

Experts have observed that the perception of the nation in the global maritime space is dented by the lack of ease of doing business (EoDB) and absence of synergy among government agencies which has worsened the problems at the nation’s ports and entire maritime domain and limits the nation’s chances at the upcoming IMO Council polls.

Maritime experts, including directors at government agencies, stressed this during an online summit with the theme; “Objective Appraisal of Nigeria’s Eligibility for IMO Council Membership”, organized by Women’s International Shipping and Trading Association (WISTA) Nigeria.

Long vessel dwell-time, seaside congestion, challenges for berthing, corruption, manual processes, poor EoDB, among other factors culminate in the decision-making process for nations that are expected to vote Nigeria at IMO and until government agencies resolve to work in unison towards addressing these issues, success at IMO Council elections may continue to elude the nation.

Her words: “Could we decide to do a post-mortem analysis or wait until 2023 to contest again? Perhaps, some of the initiatives Nigeria has put in place like the Maritime Security assets would have been deployed in a sustainable manner such that the international community can see the benefits and Nigeria would have some statistics to share on what it has done to support its candidature.”

“Government came up with ease of doing business to change things, but government agencies have been accused of defaulting the executive orders. Cargo coordination and examination, sharing of manifests in an automated manner is still a challenge and the shipping companies complain that they still have to do hard copies, invest in giant photocopy machines to be able to meet up with the hard copies they have to send to government agencies. Why should government agencies be demanding hard copy manifests at this time of innovation? The same vessels call at other countries and don’t send hard copy manifests.”

She also harped on the need for regulatory agencies to eschew the unhealthy rivalry for space when issues of national interests are at stake, adding that the experiences of shipping companies, ship captains and other foreign parties when conducting maritime business in Nigeria influences their perception of the country and would reflect in the IMO Council elections.

On his part, a Senior Partner, Akabogu & Associates, Barr. Emeka Akabogu stated that the experience and perception of crews of vessels that berth at the nation’s port with regards maritime traffic and trade facilitation places the nation in a disadvantaged position.

The veteran maritime lawyer cited an example of the MT San Padre Pio vessel that was recently released by the Nigerian Navy after spending three years in detention for bunkering despite the interventions from the International Tribunal for the Law of the Sea, describing the treatment of the vessel as unpalatable even as he noted that several vessels have suffered similar fate in the country.

Also speaking at the virtual conference, Nigeria’s Registrar of Ships and Deputy Director at the Nigerian Maritime Administration and Safety Agency (NIMASA), Mrs. Nneka Obianyor observed that one of Nigeria’s biggest challenge has been the menace of piracy, adding that the nation has made giant strides to address this with the launcg of the Deep Blue Project and the emergence of the Suppression of Piracy and Other Maritime Offences (SPOMO) Act.

Earlier, the President of WISTA Nigeria, Mrs. Eunice Ezeoke stressed that Nigeria needs to look inward and further develop capacity and infrastructures as part of efforts to project the country as a serious minded, focused global maritime player in the region.

“The regulatory agencies need to enhance the sector reforms in conformity with the United Nations Sustainable Development Goals (SDGs). Nigeria as a nation must seriously consider the acquisition of a national career with her flag which will provide sea-time experience for her teeming cadets and seafarers. The IMO Member States are keenly watching to see the commitment of Nigeria towards achieving all these,” Ezeoke said.

Giving the vote of thanks, the Secretary of WISTA Nigeria, Mrs. Chizoba Anyika encouraged attendees at the conference to utilize the feedback and submissions appropriately with a view to enhancing the nation’s maritime sector and placing the country in an advantageous position at the next IMO Council elections.

Anyika specially thanked the speakers at the online conference, even as she commended the WISTA Diamonds, executives and all participants for their time and notable contributions at the event.