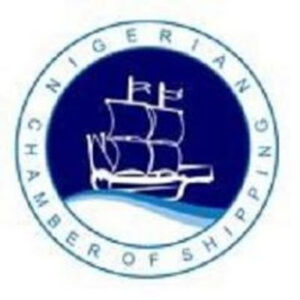 The Deputy Director, Commercial Crime Services, ICC-IMB, Mr. Cyrus Mody made this appeal while speaking at an online summit organised by the Nigerian Chamber of Shipping (NCS), earlier today.

According to the IMB Chief, fighting piracy in Nigeria and the entire Gulf of Guinea should be through consultation rather than confrontation and partnerships rather than unilateral decisions.

His words: “At the ICC-IMB piracy centre, we noticed different modus operandi in play, and it shows that since 2019 crime at sea has been commercial. Multiple crew kidnapping can’t be categorized as opportunistic because this is a highly organized crime. This menace we are trying to address isn’t only on the Gulf of Guinea (GoG) but the entire world.”

“For Nigeria, the government has to address the issues which lead to restiveness and piracy. The approach should be consultations rather than confrontation, partnerships rather than unilateral decisions, engagements rather than forceful alternatives.”

Mody, however, noted that there has been a lull in incidence of attacks since mid February this year, attributing this to the legal excercise of the Nigerian Maritime Administration and Safety Agency (NIMASA) and commended the agency for the development.

Earlier, the President, NCS, Mr Andy Isichei said that pirate attacks on the Gulf of Guinea connotes an economic loss to the region and a bane to the Nigerian economy.

He noted that maritime security was one of the cardinal issues NIMASA intended to focus on, and hoped that they would disclose efforts and additional steps taken to secure the Gulf of Guinea.

While delivering the lead paper presentation titled: “Safe Waters: An Imperative for Economic Viability and Sustainability”, the Secretary General of the Maritime Security Providers Association of Nigeria (MASPAN), Mr. Emmanuel Maiguwa called for strict implementation of GMDSS and AIS Systems, strategic segregation and regulations of the use of water.

Maiguwa, who is also the President of Alumni of Maritime Academy of Nigeria, Oron (AMANO), harped on the need to have centralized intelligence and prompt access to information among security agencies in the GoG.

“When we have a situation where pirates use certain islands for their strategy, carryout the marine crimes in a different country and spend the proceeds in another nation; a centralized intelligence system among countries in the region could address this,” Maiguwa said.

Describing the SPOMO Act as a welcome development, he stressed that the justice system has to be complete with the successful prosecution of pirates.

Also speaking at the event, the Coordinator of the Deep Blue Project, NIMASA, Mr. Anthony Ogadi said that the maritime agencies shouldn’t stop at signing MoUs, but bring solutions to the table.

“What can the Navy, Airforce, Department of State Security (DSS) and other security agencies bring onboard to solve this menace of piracy. Deep Blue Project is ready for take off with the C4i, 2 Special Mission Vessels, 17 Interceptor boats, among other assets, but it is a complementary effort with the Navy and Airforce. NIMASA can’t do it alone. The project has taken into cognisance the fact that these crimes are planned on land, carried out on the sea and there is also air element,” he said.

Ogadi described the Nigerian Seafarers Development Programme (NSDP) as a programme to gainfully engage the youths in the riverine and coastal areas.

On his part, the representative of National Inland Waterways Authority (NIWA) Mr. Joseph Ororo lamented that the cost of shipping has increased in Nigeria owing to the menace of piracy.

“Most times, pirates use inland crafts making it difficult for commercial ships to recognize them until they are very close. Speed boats could go very fast and get real close to merchant vessels before they are spotted. If we must make headway securing the Gulf of Guinea, inland waterways must be safe, especially in the Niger-Delta area with huge network of waters,” the NIWA Director said.

He, however, noted that NIWA has banned night operations on the inland waterways because criminals love to move at night when they can’t be seen.

Meanwhile, the President of Ship Owners Association of Nigeria (SOAN), Dr. Mkgeorge Onyung assured that ship owners are willing and ready to support NIMASA and other security agencies in the fight against sea piracy.

“We place ships on the waters and employ seafarers who work onboard these ships. We take these seafarers as our children. As a ship owner, you can’t sleep when you ship has been hijacked or the crew kidnapped. On the two occasions my vessels were hijacked, we lost monies because the contracts were gone and tempers were high because of the seafarers,” Onyung said.

Arguing that shipping is bigger than the oil and gas sector in Nigeria, he urged the Nigerian National Petroleum Corporation (NNPC) to cooperate with ship owners to provide jobs that would enable them employ more people and curtail the economic hardships leading people into piracy.