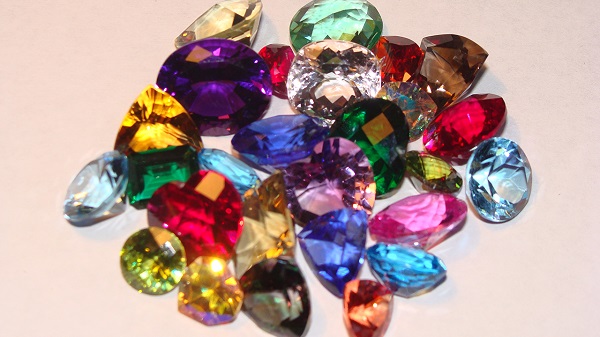 Six months after the Federal Government declared its intention to establish an international gemstones market in Ibadan and stated that it had commenced the process for the construction, media source reports that the site remains bare.

This is as the sector continues to be controlled by locals and foreigners who harness the resources for their personal use without paying royalties to the government to boost the country’s economy.

Gemstones are one of the key economic and industrial minerals in Nigeria. They are natural organic matter, minerals or stones, which are present in igneous rocks and alluvial gravels. They are substances of beauty when cut and polished for jewellery and they are part of alternative and complementary medicine from pre-historic times.

Nigeria has deposits of different gemstones including corundum, beryl, quartz and its varieties, tourmaline, garnet, aquamarine, topaz, spine, etc. Some of the gemstones like sapphire, emerald, aquamarine, beryl, tourmaline, zircon, and garnet amongst others are the world’s most scarce precious gems.

The Minister of Mines and Steel Development, Olamilekan Adegbite, had in January, indicated readiness to exploit the resource of gemstones in Oyo state for the benefit of all.

During the official handover of two hectares of land by Oyo State Government to the Federal Government, Adegbite said it had commenced the process for the construction of the international gemstones market in Ibadan.

However, when our reporter visited the location six months later, it was discovered that there was no construction ongoing, while the site remains abandoned.

A lecturer at the Al-Hikmah University of Ilorin, Dr. Jimoh Razak, said it has been the style of government to pay lip service to create an international gemstone market.

He explained that there was nothing new in what the Minister came for as the same land was reported to have been allocated to the federal government when Rashidi Ladoja was the governor of the state.

“We laughed when the Minister came around and said they are building an international gemstone market. They have been talking about it when Ladoja was Oyo State governor. In fact, they also earmarked hectares of land then. People don’t take them seriously anymore. Ladoja was also in the business and so because of that, he wanted to have control over the sector in the state, but when he saw that it was a difficult thing to do because of the peculiarity and circumstances surrounding the industry, the project didn’t take off.

He confirmed that there was no ongoing project at the site. However, he noted there is a stone market in Ibadan which is not regulated or controlled by the government.

“This is how the sector works, somebody can be digging for ten years and not get anything. So if or when he gets something, you want him to declare it to the government? I don’t think that is possible, this is part of the peculiarity of the sector. However, if the government means business, they can get the sector working.

“The amount that the government could have benefited from gemstones is unquantifiable. Every company I know that is into the business is illegal because people just obtain the prospecting rights and they don’t pay royalty.

“In some advanced countries, there is no way one can mine without being noticed. There is no way you can dig the ground without people noticing but because Nigeria is big and where these gemstones are located is not easily accessible, people just get away with the stones without being challenged,” he said.

An Exploration Geologist, Agoro Abdulraheem stated that despite the wide distribution, several challenges have hindered the full economic benefits of gemstones mining.

According to him, lack of capital investment to mitigate against risk, unavailability of skilled labour in underground mining to explore the gem pockets, inaccessibility of current technology to mitigate against underground mining hazards, environmental implications of abandoned mining pits and loss of revenue to government due to the false declaration of gemstones and illegal mining, undermine the sector’s growth.

“Government can harness benefits in gemstones mining by introducing low-risk capital investments, training of manpower, and encouraging, through the ministry of trade and investment, the existing cooperative societies of gemstones’ miners and traders.

“Government should encourage local investors in jewellery cuttings using the common and rare gemstones, connect the miners to reliable local and foreign gemstones markets, implement laws concerning gemstones won reporting and returns to the government, and encourage the state government to invest in gemstones mining.”

However, Adegbite while speaking during a television programme recently and reacting to the six billion naira relief fund approved by the federal government for the mining sector said, “This fund was meant to be a post-COVID-19 relief measure.

“The sum of N6 billion was released for intervention projects in each of the six geographical zones in Nigeria. Essentially, we have chosen what is most appropriate in each zone to enhance and deepen the activities of miners and also to add value.

“For instance, in the NorthWest, we chose Kano for gold souk, we are building a gold souk in Kano as part of that intervention project. Essentially what this does is enhance the value of gold.

He noted that the country loses lots of gold when it is exported in the raw form mostly to the United Arab Emirate, which adds value and sells the same quantity of gold to Nigeria at multiple costs.

“What we are doing in Kano essentially is to train goldsmiths to add value to gold from its raw form so that they can turn it into jewellery and all that.

“For the intervention in the northeastern region, we chose Bauchi for Kaolin. There is plenty of Kaolin in Bauchi but in Nigeria, we import lots of it into the paint and pharmaceutical industries because the Kaolin produced in Nigeria is exported in raw form. The intervention we are having is that we are having a processing plant for Kaolin in Bauchi, we process the Kaolin and we can satisfy the local market and export.

“We have another one in the southwest and that is the gemstone market in Ibadan, we are formalising that, we are developing that and we are enhancing value.”