Barr. (Mrs.) Jean-Chiazor Anishere is the President of African Women in Maritime (WIMAFRICA). She presented this paper recently on the challenges as well as emrging opportunuities for women operating in the maritime sector after the coronavirus pandemic. Enjoy it:

The COVID 19 (Coronavirus) is a global pandemic that is ravaging the entire world right now and has placed the world at a halt significantly. So many areas of the globe have been shut down due to this pandemic, which could arouse a negative effect if nothing is done to salvage it on time, post the virus era. For example, the global economy which has received massive punches so far will need a lot of resources to recover after this pandemic.

The rapid spread of the corona virus has had a major impact on global shipping markets, with the slump in demand for goods from china having a ripple effect on everything from container ship to oil tankers.

Due to the lockdown enforced by many countries, numerous industries are at a standstill and the shipping sector is navigating uncharted waters.

This virus broke out in Wuhan, China and China is a major trade partner for several countries and a key leader in ship building.

From January to March, the coronavirus crisis has escalated unprecedented levels worldwide and the maritime industry isn’t left out of the wild fire. A lot of terminals have shut down their terminals as measures to curb the spread of the virus.

(International Maritime Organisation) and WHO (World Health Organisation) published  a joint statement calling on all states to respect the requirements of “free pratique”(a licence given to a ship to enter a port on the assurance that she is free from contagious diseases) for ships and the principles of proper care for all travellers and the prevention of unnecessary delays to ships, also  to persons and property on board while recognizing the need to prevent the introduction of spread of disease. This was in a bid to ensure that health measures are implemented in ways that minimise unnecessary interference with international traffic and trade.

“container shipping could soon be developing into the epicentre of the crisis in the global shipping industry due to the fact that containerised goods, being produced in East Asia predominantly already have been hit”.

In Nigeria, the President of the Federal Republic of Nigeria, President Muhammadu Buhari issued a directive that Nigeria will only allow cargo vessels that have been at sea for more than two weeks to dock in its ports to prevent the spread of corona virus.

EFFECT OF COVID 19 (CORONA VIRUS) ON WOMEN IN MARITIME.

From the continued crash in the global labour activities and economy, the ILO (International Labour Organisation) has estimated a significant rise in unemployment and underemployment globally post COVID 19. Employment impacts imply that there would be large losses for workers and overall losses in labour income which are expected in the coming days.

There are vulnerable persons that this will affect and they include;

Young persons: they are already facing  higher rates of unemployment and underemployment, are more vulnerable to falling labour demand, as witnessed during the global financial crisis.

Women : are over-represented in more affected sectors (such as services) or in occupations that are at the front line of dealing with the pandemic (e.g. nurses). The ILO estimates that 58.6 per cent of employed women work in the services sector around the world, compared to 45.4 per cent of men. Women also have less access to social protection and will bear a disproportionate burden in the care economy.

Migrant workers: are particularly vulnerable to the impact of the COVID-19 crisis, which will constrain both their ability to access their places of work in destination countries and return to their families.

Unprotected workers: including the self-employed, casual and gig workers, are likely to be disproportionately hit by the virus as they do not have access to paid or sick leave mechanisms, and are less protected by conventional social protection mechanisms and other forms of income smoothing.

Loss of employment is an important factor. The fall in business revenues will inexorably result in the reduction of costs by laying off workers, starting with temporary and casual ones disproportionally occupied by women.

There are many countries where the women in maritime are not allowed prominent positions in the industries so they are left to being temporary workers.

A report released by Natalia Brienco- Lagos and Marie Christine Montfort, from the International Organisation for Women in the Seafood Industry (WSI) states that;

“at this point of the pandemic, though we can’t fully depict what the consequences will be on both genders, we can ascertain that the coronavirus outbreak will be hit women harder than men, threaten progress made in empowering women and will deepen gender inequalities already pervasive in this economic sector”.

The widespread work from home movement will enable millions of workers to keep their jobs and their salary partly or fully. But this arrangement is largely available to white collar workers. In the seafood industry, those office workers protected by full time work contracts are mainly men.

Women in low paid jobs with insecure employment conditions are at a greater risk of losing their income. When women lose their income, they severely cut budgets supporting the well-being of their children, households and communities (housing, food, healthcare or childcare).

Women in Maritime are likely to be hit harder by the negative impacts of the COVID 19 pandemic according to new analysis. The clamour for the involvement of women in maritime will suffer more due to the economic struggle we are yet to meet in the nearest future.

The women who already have businesses in the Maritime Industry will definitely suffer serious setbacks due to low flow of demand and supply of their goods and services.

In as much as shipping experts have encouraged that port operations should remain open, the major trade countries in maritime have been seriously struck by this virus and have closed their terminals therefore causing a delay in business.

WSI stated that when the world is ready to get back on her feet and get the blue economy going again- hopefully a truly sustainable version of the blue economy decision makers must consider the gender organisation of the industry. However, they predict that responses will fail and increase inequalities between men and women.

The organisation considers that if we want to find the most effective ways to deal with COVID –19, all workers especially women, need to be listened to and associated in building future responses.

Women in the Maritime sector should play their part in helping to flatten the curve in the spread of this deadly disease so we can return to normality before things deteriorate further. There should also been calls to the world organizations to empower more women who have suffered dearly due to the pandemic.

The need to keep globalisation alive cannot be overemphasized as this pandemic is coming to an end. 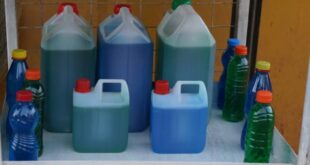 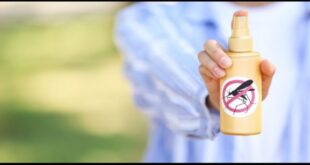 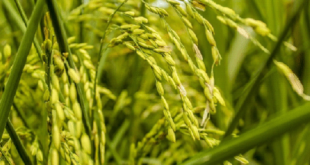 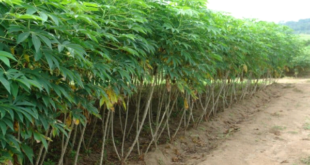