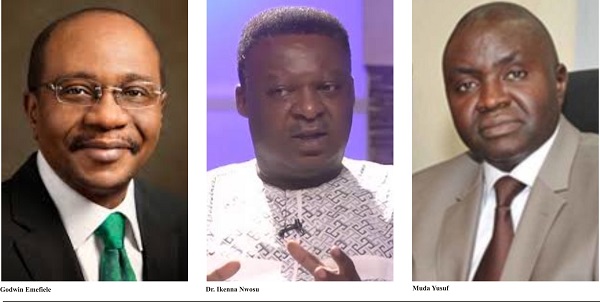 Financial experts have raised concerns over banks’ borrowing in the nation’s financial sector, warning that there is need for urgent actions to be taken by regulatory authorities.

This is coming against the backdrop of Deposit Money Banks (DMBs) and merchant banks borrowing from the Central Bank of Nigeria (CBN) as the banks’ deposits with CBN also declined significantly.

Further breakdown revealed that DBMs and merchant banks borrowed N426.7billion from CBN in January and it increased to N621.67billion in February. Also money borrowed in April rose to N2.48trillion from N904.68billion borrowed in March.

The Standing Lending Facility (SLF) allows banks, others to quickly cover short-term liquidity requirements while Standing Deposit Facility (SDF) is also a monetary policy operation used by CBN to absorb deposits from DBMs, others, without involving the use of government securities as collateral in return.

The borrowing trend from January to April showed that banks borrowed more than they lend at the window, due to the liquidity condition in the banking system, with applicable rates for the SLF and SDF at 12.5 per cent and 4.5 per cent, respectively.

Speaking with MMS Plus newspaper on the report, the Director General, Lagos Chamber of Commerce and Industry (LCCI), Dr. Muda Yusuf attributed the increase to weak economy, noting that the nation for most part of 2020 was in recession.

According to him, a bank can only be as healthy as the economy and It can also be as good as those who are investors in that economy. He explained further that if the economy is facing any challenge it’ll reflect on the performance of  banks in terms of volumes of business and international mediation.

His words: “Generally the economy has been weak in the last one or two years. We  just got out of recession in the the last quarter of 2020 and even then the growth after the exit from the recession was just marginal growth of 0.11% which is as good as zero growth and because the banks are interfacing with the economy.

“In the last two years, a number of sectors have been in recession coupled with the covid restrictions, some of the banks’ loans have gone bad because of the bad shape of the economy, also  non performing loans have also increased.

“All of these things have a systemic effect on the performance of the bank. If the banks are having issues, CBN is the lender of last resort and has to bail them out to in order to stabilize them,”he added.

When asked of way forward, the LCCI boss urged appropriate authorities to take necessary actions to stabilize the economy for growth.

His words: “We  should look at our policies, our regulations and our institutions, there is need to create the environment for good business to bounce back, make the economy a lot more robust so that businesses won’t have to close down and not being capable of paying back loans.”

He added that If the economy resumes proper growth it’ll affect investors and invariably the banks will perform well.

For the Coordinator, Transport and Logistics Group, Nigeria Economic Summit Group (NESG), Dr. Ikenna Nwosu urged the bankers’ committee and the presidential advisory committee to weigh into the matter as soon as possible.

His words: “The bankers committee should meet on it, it requires technical analyses and input so the bankers need to sits on it. They also need to meet the presidential advisory committee and make recommendations as to how to move forward.”