How To Choose The Right Shipping Agent

Shippers Guide is the learning page of MMS Plus newspaper. Here we answer the five W’s and H of several issues in the shipping industry. This week’s edition of Shippers’ Guide expounds on the requirements in choosing the right shipping agent for your business.

Charterer’s offer is in your mailbox and you read carefully the clauses to prepare the counter. One of these clauses reads “CHABE SUB D/A”, meaning: Charterer’s agents both ends provided competitive disbursement account”. Shall you accept or ask for Owner’s agent? Of course you can give it a try and ask for your own agents however it is very hard to be accepted, almost impossible. But why are Charterers asking for their own agents and what does it mean?

Well, everything starts in the agreement of commodity’s sale and purchase, where usually the shipper and receiver are asking for their own agents at the ports in order to be able to control the cargo operations and protect their interests. Charterers, then, incorporate this clause in the charter party on a back-to-back basis.

Obviously, the role of the agent is very sensitive since he stands in between the shipowner and the charterer as well as the cargo owners therefore it is very important to be fair with all of them. Otherwise, a favorable action to one party over the other may damage his reputation.

Furthermore such a bad action may create further problems and damages to Owners or Charterers. For example, a vessel is loading nickel ore and the Master believes that the moisture content of the cargo is unsafe therefore he asks agents to communicate with the stevedores and stop the loading and arrange for a laboratory test to take place.

A “Charterer’s agent” may try to convince the Master that everything is in good order that so many vessels have loaded the same cargo and everything was great. And there are so many cases that the agent’s role is so important. A vessel is loading iron ore with its cranes and a breakdown occurs in one of the cranes. The shippers/charterers and port are pressing for a shore crane to be hired in order for the costs to be minimized, a Charterer’s agent may contact the shipowner and press by saying that otherwise the port will shift the vessel at the anchorage and the costs will be even higher than hiring a shore crane. In the same case shipowners would prefer to cooperate with an agent who would talk to the authorities and the parties involved in order to convince them work with the remaining cranes in a slower loading rate or find an alternative and more efficient solution.

Of course it requires skills and tactics to act like this while, on the other hand, sometimes the shippers or receivers have their own companies who act as the port agents and they really don’t care about the reputation thing, since they just incorporate them in the contracts on a take-it-or-leave-it basis and you have no other choice if you really need to catch the business.

Well, the charter has now been fixed basis Charterer’s agent both ends and it’s time to proceed with the appointments. First you contact the Charterer’s agents to ask for their proforma D/As. In the meantime, you also contact other agents to ensure that the charterer’s agent is competitive. Usually the proforma D/As should be paid in advance while a final invoice is issued after vessel’s departure from the relevant port when the reconciliation of accounts is taking place. This is very tricky sometimes, since a shipping agent in order to get the business may offer a cheaper proforma and then increase the expenses in the final invoice. Therefore, in case this is the first time of cooperating with an agent who offers a much cheaper price than his competitors, it requires further review and evaluation. Usually the port expenses are standard (regulated by the port authorities) and the point of difference stands on the agency fee which is only a small part of the total cost. Therefore, big differences are not expected.

Furthermore, the principal should also perform a background check to make sure that this is a proper agency that will properly care about the ship. The shipping agent acts as the local representative of the principal at each port of call and assists the vessel with all her needs by providing local knowledge and expertise. Accordingly, the agent requires being familiar with all the appropriate regulations and requirements relating to the port, area and sector in which they operate, to have a wide range of relevant contacts and be sufficiently well established and founded in order to be able to provide the level of service and support which may be required. At each port usually operate both small-local companies and big multinational ones. Small offices are not necessarily worse than the big ones.

However since the major agencies operate in most parts of the world the deep-sea shipping companies may have developed relationships with some of them which may have serious impact on the quality of services offered and also on the cost and payment terms. Also the big companies usually have more employees to attend the ship’s matters which may result at dedicated services with higher quality (one agent to one ship at each time).

On the other hand, small local companies may have a stronger presence in the local area and provide higher accuracy than multinational companies which may be more useful for companies who operate in the short-sea shipping industry. But what if you don’t trust the agent nominated by the Charterer?

If you really need this business but for some reason you can not cooperate with Charterer’s agent, then you should be alerted and appoint a second agent, acting as protective agent, who will act on Owner’s behalf and care about the ship’s matters separately. P&I Clubs can assist in this respect. Despite the fact that the P&I Clubs do not appoint agents, the Clubs’ list of correspondents include the name of companies in all major ports of the world who cooperate with the club and they are available to stand by the Owner, the master or the club itself in case that any claim occurs. It is rather prudent to look at this list before each call and either appoint this agency –if the Owner has the right to nominate the agent under the C/P- or appoint him as protective agent in special circumstances.

For the companies visiting the same ports again and again, it is very useful to facilitate relationships with specific agencies which have offered good service in the past. This way the companies create relationships and take both higher quality and better discounts. Also it is sometimes worth for Charterers to accept Owner’s agent if they are reputable in a particular area/port and the quality of their services has been tested and approved by other shippers or receivers in the past. On the other hand, by creating long term relationships with agents, shipowners may try to reach charterers and source cargoes via this channel. Of course it is very nice to develop new relationships; however a shipbroker may provide useful advice and guidance which under no circumstances can be provided by a shipping agent. Therefore, bypassing the shipbrokers and doing chartering business via the agents does not really help and finally spoils reputation. This is something that Charterers should also consider how risky can be to skip intermediaries.

OpenSea cares about the reputation of every side of the ship chartering process by giving companies the opportunity to leave feedback on their counterparty for every fixed charter and performed voyage. So we make the freight market more transparent, friendly and safe.

Previous: …And We All Died
Next: Labour Management: Chinese Harnessing Convict Expatriates 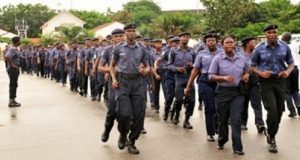 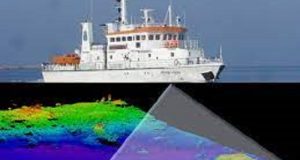 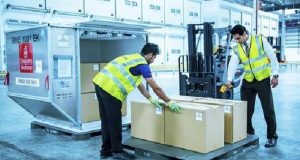 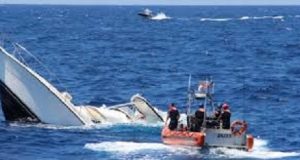 How To Keep Your Boat From Sinking 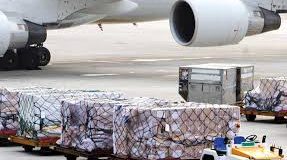 How To Save Air Freight Cost With Right Packaging Solution 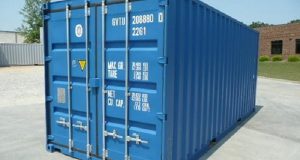