The collapse of the automotive industry in Nigeria and government’s refusal to revamp the industry, despite the huge hopes posed by the collection of the National Automotive Commission (NAC) levy, has given rise to the importation of used vehicles otherwise known as “Tokunbo”,thus ,effectively reducing the citizens with no option other than buying used cars from overseas. Now with the high cost of tokunbo vehicles occasioned by government policies and high exchange rate ,there seems to be a systemic elimination of the middle class as it increasingly becomes obvious that the cost of these used vehicles are beyond their reach.

Dr. Segun Musa, Managing Director,Chief Executive Officer ( CEO) of Widescope International Nigeria Limited, speaks on this development and other issues that affect the industry. He spoke with Frank Odinukaeze.Enjoy it.

Owing to the rising cost of used vehicles (Tokunbo) and low patronage, importers have turned their attention to accidented vehicles as they are relatively cheaper. Is this option a healthy one for the automotive industry.  What is your view on this development?

Well, in a situation where all options are not available, whatever is available is an option. If you look at the situation in the country, the federal government is in dire need of money. So everything has to turn to money. And that’s the reason why they have to jerk up the duty rate of vehicles, both new or tokunbo; and coupled with the fact that exchange rate has also increased. So these are the factors that led to the increase in cost of vehicles, both tokunbo and other new ones. So if accidented vehicles are the only options available, I think that’s what is left for people to embrace.

It is argued in some quarters that there is a systemic elimination of the middle class by the government through some of its policies, particularly regarding the high cost of tokunbo vehicles. I don’t know if you agree with this line of thought?

Government has been accused of insensitivity towards the plight of the masses by its harsh policies particularly with the high cost of used vehicles. Are government polices targeted at the masses or intended to protect the economy?

When you have a system whereby people are no longer engaged in production and manufacturing again, than just importing, this is what you should expect. When you have a system where government is not providing an enabling environment, like power electricity, good roads, infrastructure, network when government cannot provide security, this is what you should expect. There is no country that will be a consuming country and not a producing country that will grow. They will continue nose-diving. The economy will continue nose-diving because the policy and the principle behind economic improvement are just having balance of trade. That is nothing more than balance of trade.If you don’t have balance of trade ,you can’t have balance of payment.

That’s what you need to do as a country. If you are not doing all of these, definitely, you don’t expect that economy to grow. It will die. The economy will die. So, it’s not about government is trying to control this or that. No, government is not doing anything.

When you have idle government, that thinks of only borrowing, to develop infrastructure not thinking of local content, that can be given basic orientation and capacity to develop your basic infrastructure, you have to hire foreign investors to come and develop your economy for you and develop your infrastructure for you, you’ll never grow. All you need to do is just to bring all this capacity, that is foreign hands, allow them, given them basic policy under a favorable term, to develop their capacity locally and transfer the technical know -how to your people you can as well place you people there to go and take talent and come and invest. Give them the basic incentives that’ll make them to come and develop here. The government is not doing anything for the past 20-30 years. The government has not been doing anything in terms of developing our capacity. For over 20 years, we’ve not been doing anything. And gradually things are destroyed. And we keep shouting and people say, we are being paid by people we are agent of this, we are agent of that. We talk about customs being automated. They say we are fighting for government. I don’t know why people continue to raise unnecessary sentiment each time we propose something that will drive the economy, that will improve the capacity and develop our economy. This has been going on for a very long time. And some people are benefiting from all these unethical conducts and illegalities. So, to me, I think the best thing we have to do, is that we have to reduce the talk. We have been talking too much. We have a good number of candidates coming up for presidential election, they’ve been talking. But there is a way somebody will talk, you will understand that the, talk can yield result. People used to say that talk is cheap. Anybody can talk but you must tell us how you want to make it materialize.

You talked about capacity building and local content, some people have argued that government should have revamped the automobile industry in Nigeria, before coming up with policies that appear to be against the masses and which also seem to stifle the business of used vehicles. I don’t know if you agree with this argument, sir.

That one is a very sad story. Very, very sad story! I remember when the National Automotive Commission (NAC) levy was incorporated into revenue collection. We were paying 2% NAC fee, or charges, of every Free on Board (FOB), the cost of every item, we pay 2% on them. This money accrued into trillions of Naira, since inception and the essence of introducing the NAC, was because we want to develop our local capacity on automobile. We were not charging 2% on only vehicle. We charge on elevators, surveyor belts, we charge on anything automotive. And we expected that as at 1995 -2000,

Nigeria should have started producing local vehicles. At least, if not 80% at least 60% but unfortunately, as we are contributing the money, on every automotive equipment brought into the country, this money was being diverted. As we speak today, Nigerian government cannot give account for the hundreds of trillions that has been contributed to this pool. Nigerian government cannot account for it. The most we can hear from Nigeria government is: We supported this with a token amount of money. But give audited account on every NAC that has been collected, they cannot do it. These are money they collect and they share 7% surcharge they are talking about, they want to develop other lighter terminals, to develop other ports, 7% surcharge is meant for that. They’ve collected hundreds of trillions of 7% surcharge, where is the money? They cannot account for it. You see, if government continues being fraudulent, with public resources, with public money, you don’t expect such country to grow. If we had deployed this 7% surcharge into developing other ports, by today, we won’t have congestion in Apapa. We would’ve gotten the best sea port and airport in Nigeria. In

fact,the best of the bests in Nigeria. We won’t have any congestion in the port. We won’t have all those traffics we are seeing on our roads today. But 7% is being collected since 70s, after the civil war and they cannot account for what it is been used for. Is that not fraud. The same applies to the National Automotive Commission Commission (NAC) . We’ve contributed more than enough that would have helped us to establish the best international standard automotive company in Nigeria. And this pool is not even meant for government. It is just like the Cabotage Vessel Financing Fund ( CVFF) where everybody is contributing today into the pool, So that if you want to invest in automotive industry, Production of vehicles you can access free loan of lower percent interest rate. Is a pool for private sector. It is not meant for government. It is public money. It is only being supervised by government, it is just like the CVFF. As government cannot account for the CVFF, the same way they cannot account for NAC. That is why you see foreign lines coming with their vessels to carry all the freight. And our people are languishing, going for seafaring without getting jobs. So you don’t push the problems of Nigeria on Nigerians. You push it on the government and leadership. I don’t know why people should take responsibility for what they did not cause. Our problem is that we are always choosing the wrong leaders. In terms of implementation ,the government does not have the knowledge to implement. And that’s why we are where we are now. Somebody will say you are dumping refuse in the drainage .Where is the refuse bin that you want people to drop refuse?

We travel and we see refuse bin everywhere on the road. Where is the public toilet ? You don’t want people to defecate on the road ,in the drainage, where is the public toilet. Before you can take responsibility for the bad activities going on ,you must look at what government has done. If government had provided the enabling environment, and you are now the one doing the wrong thing, then you can be accused of doing the wrong thing. Government needs to play their role before the citizens play theirs.

If God speaks to them today, and they want to review.it should be a serious review,to accommodate the excess that has already being added to it ,due to the exchange rate, because it is also a contributory factor.They can continue pestering and pushing,but to me,I doubt if government can shift grounds. 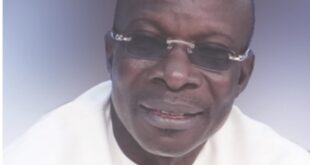 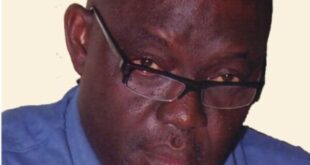 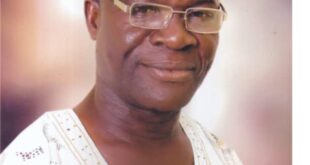 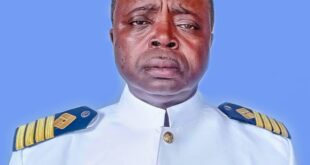 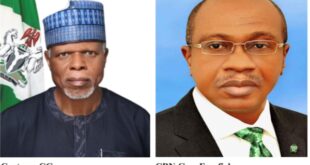 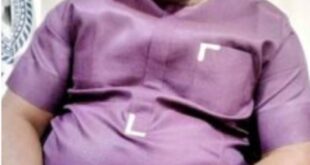