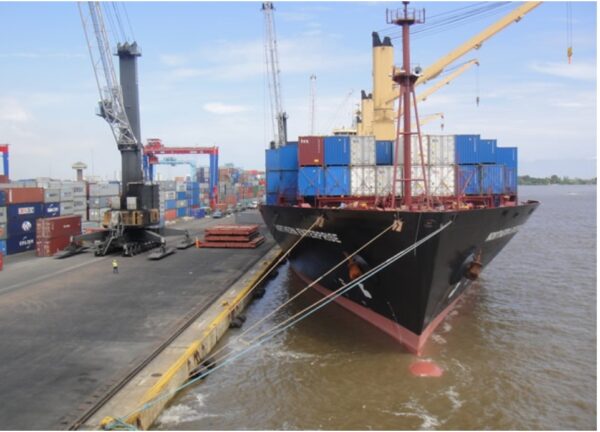 The Managing Director, Ocean and Cargo Limited, Mr Jide Taiwo, has called for 100 per cent automation of activities in the Nigerian ports.

Taiwo, in an exclusive chat with media source in Lagos on Monday, said that with full automation of activities at the ports, more jobs would be created. He said that people would work from different parts of the country without necessarily coming to the ports, noting the constant traffic gridlock on the port access road was a great disadvantage to the economy.

“I would also commend the MD of NPA, Muhammed Bello-Koko. He is doing a fantastic work, but I think he should look more into 100 per cent automation of Nigeria seaport. With 100 per cent automation, we are going to create more jobs. A lot of people will work for the smooth delivery of cargoes without having to be at the ports. Some will work from different states and most of the people don’t even have to be at the ports or become staff members of NPA.

“It is the same way the Nigerian banks have to place some of their staff on contract and the jobs were given to train them and let them know what to do. Around the world, a lot people work at the seaport, but you don’t see them around moving on a daily basis. That is why I am saying that NPA needs to go fully digital. Automation of Nigerian seaport should be 100per cent.”

According to him, the government was losing a lot of revenues due to the perennial traffic congestion on the port access roads.