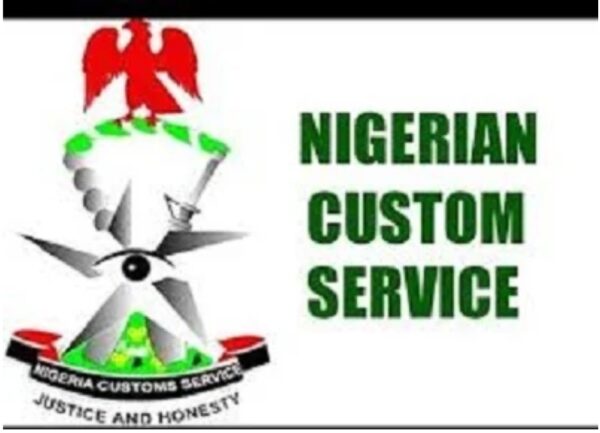 Sir Winston Churchill, two – time Prime Minister of the United Kingdom said in a speech delivered in parliament in 1948 that ‘Those that fail to learn from history are doomed to repeat it’. Indeed, by paraphrasing an earlier quote by the great philosopher poet George Santayana, Churchill reinforced a truism that all progress must be predicated on the lessons of the past. For the benefit of those who may not be acquainted with the origins of this deep philosophical thought, George Santayana in “The Life of Reason: The Phases of Human Progress (1905-1906) Vol. 1, Reason in Common Sense, states ‘PROGRESS, far from consisting in change, depends on retentiveness. When change is absolute there remains no being to improve and no direction is set for possible improvement: and when experience is not retained, as among savages, infancy is perpetual. Those who cannot remember the past are condemned to repeat it’.

Somewhere in the hard drive of NCS’s institutional memory lies the file of the 2015 succession exercise. A replay of this file shall reveal an amalgam of vicious campaigns by gladiators who felt entitled to claiming the ultimate prize. Their ‘take no prisoners’ approach ultimately culminated in exposing the ugly underbelly of the Service. By creating a war like atmosphere and appearing desperate in their ambitions they surrounded themselves with suspicions, which in turn made the powers that be doubt their intentions. The massive collateral damage in the loss of valuable human resource left huge vacuums in the Service which took a while to fill. In the end there were really no winners. All their strategies and planning came to nothing, as God had other plans.

Again, the ghost of Customs past appears to hover in the horizon. Like politicians seeking office, some are already campaigning and de-marketing those they consider their competition for a vacancy that is yet to be announced. Paid hacks are being hired to cast aspersions on officers whose exceptional careers are viewed as threats to their ambitions. This proxy war is only just beginning and already there appears to be blood everywhere. What do these carpetbaggers stand to gain by spreading outright lies about others? Why can they not be bold enough to campaign on their own merits? What does the NCS have to gain by this infighting? Why are they intent on erasing the wonderful achievements of this current Customs Administration, which recognizes the importance of a succession plan in seeing through the lofty goals already established for the future of the Service?

All religions and their prophets warn against giving false testimony in their holy scriptures. Revelations 21:8 says ‘You shall not spread a false report. You shall not join hands with a wicked man to be a malicious witness’. The Holy Prophet (PBUH) said ‘Shall I not tell you of the Worst of Major Sins?’ (and the Prophet (PBUH) repeated it) three times, Associating others with Allah, Disobeying One’s Parents and bearing False Witness or False Speech..’ What is so great about our ambitions or desires that we are ready to incur the wrath of God to achieve them? In all our prayerfulness, why can we not surrender to the will of the Almighty and trust that, that which is reserved for us will eventually come to fruition?

Under the astute leadership of Col. Hameed Ibrahim Ali (Rtd.) the NCS has established very high standards for itself. His achievements in reforming the Service, generating landmark revenues, and repositioning it to meet the challenges of the future created a paradigm shift. He has provided quality leadership based on solid ethics, hard work and commitment to the rule of law. By providing an objective platform for growth within the Service he eliminated a stagnant system that inhibited the elevation of brilliant officers for long periods of time. By placing round pegs in round holes, he encouraged professionalism and allowed for the full expression of the individual talents of officers. By embracing technology, he has planned for a future that will make NCS more competitive and efficient in carrying out its mandate. He has surrounded himself with technocrats who have proven their mettle in the field. The records of all members of Management are well known to him and he needs no reminders as to the content of their character, or their ability to deliver.

Some persons who come under the cover of publishers of obscure online news outlets and fringe news publishers have allowed themselves to be used by those who do not intend to fight fair. They offer backhand compliments with the zeal of mercenaries solely to profit from the desperation of others. Their antecedents are well known, and they deceive no one but themselves. These individuals care little or nothing for the truth as their conscience is tied to their pockets. They trade in blackmail and character assassination and prostitute themselves for lucre. Their nuisance value is constantly being depreciated by the truth and they will get their comeuppance in the end.

Certainly, institutions like the Nigeria Customs Service deserve quality leadership necessary for the successful execution of its mandate. Among its strategic objectives must be the formalization of the process of transition from one Customs administration to another.  No doubt in the not-too-distant future this Management will have to weigh its options from the present pool of potential aspirants all of whom are immensely qualified to be the next Comptroller General. Unlike politics where campaigns feature prominently, the Civil Service is expected to run on different rules. Leaders do not have to be the smartest, finest, toughest, or richest. However, leadership encompasses the ability of an individual or group to lead, influence, or guide other individuals. The best of leaders have integrity, are willing to delegate, have good communication skills, show empathy, are confident, good listeners, and motivators. At the end of the day only the will of the Almighty shall prevail. There can only be one Comptroller General at a time. Instead of working to spread falsehoods by de-marketing others using proxies, serious contenders should focus on allowing the quality of their work speak for themselves, while with a clean heart they seek favor from Almighty God.

Adams Joseph is a concerned  stakeholder!

Previous 17 Years After Port Concession: A Success Or Failure?
Next BULLS: Monkey-Pox Masks 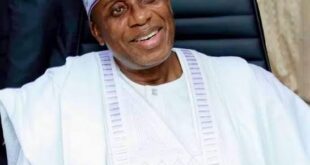 In any adverse situation, there is usually an opportunity. The ability to identify, manage and …