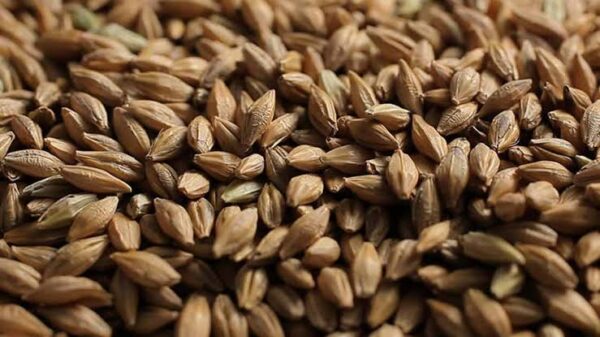 The Federal Government will progressively produce Sorghum toward meeting the country’s food and industrial demand in the face of climate change and insecurity.
The Minister of Agriculture and Rural Development, Dr Mohammad Abubakar, made this known at the presentation of the report of the Sorghum Technical Committee (STC) in Abuja on Thursday.
Abubakar said the committee will streamline the existing sorghum varieties to meet food and industrial demand.
He said that the high demand in sorghum was a quantum leap that would increase the Gross Domestic Product (GDP) of the country.
He said he was optimistic that the streamlining of the varieties would enable Nigeria meet its food and industrial demand.
“We hope that through the streamlining of the existing sorghum varieties, we will progressively produce sorghum towards meeting the country ‘s food and Industrial demand in the face of climate change and insecurity,” he said.
He said streamlining of the sorghum varieties is crucial as it will enhance farmers’ income, and attract more youth to its cultivation.
The minister further said that following the relevance of sorghum, multinational companies, especially breweries are in high demand of the commodity.
He said that companies used sorghum as barley base for production of alcoholic and non-alcoholic beverages.
” Of recent, the sorghum crop assumed great industrial relevance that many multi- national companies such as the breweries now use Sorghum grits as adjunts (up to 40 per cent ).
” As barley base (mash) for making alcoholic and non-alcoholic beverages (Maltina, Maltex and Amstel Malt),” Abubakar said.
He however, said that the prevalence of many varieties and cultivars was identified as the major problem leading to low sorghum productivity which resulted in the supply shortfall.
” The varieties in most cases are not what are needed by our food industries.
” This necessitates the need to streamline the existing varieties in order to meet our food and industrial needs,” he said.
Earlier, Prof. Daniel Aba, the STC Chairman while presenting the report said sorghum was fast gaining commercial importance due to different uses.
He said the committee recommended that seeds companies are enjoined to improve sorghum production, build and maintain responsive data banks that could be accessible by policy makers.
Aba said that the committee recommended that government should ensure that there were polices that encouraged the production of sorghum with financial support and enabling environment.
“From survey, sorghum is moving from a subsistence to commercial crop in Nigeria and it varieties need to be streamlined in order to meet food and industrial demand,” he said.
The News Agency of Nigeria (NAN) reports that STC is composed of members from various disciplines and reputable organisations and Institutes.
Share

Previous Euro Zone Bailout Fund To Get New Head From Luxembourg
Next Ghana Plans To Buy Oil With Gold Instead Of U.S. Dollars