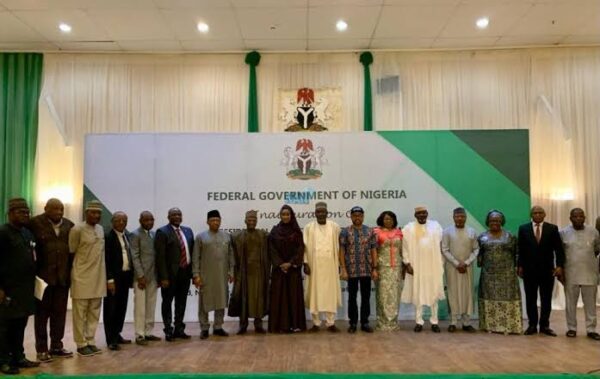 Worried by the spate of flood disasters that have wrecked havoc in Nigeria,killing thousands and displacing millions,the Federal Government has inaugurated a presidential committee for the  development of a comprehensive plan of action for preventing flood disasters in the country.

The inauguration which took place in State House Abuja recently, was as result of  the ravaging flood which  killed close to 2000 people and rendered thousands homeless in Bayelsa, Anambra, Jigawa, Kano, Rivers, Delta and  other states in Nigeria.

In a bid to finding a lasting solution to this perennial disaster, President Muhammad Buhari has charged the Minister of Water Resources, Hon. Engr. Suleiman Hussein Adamu to draw up an action plan  within 90 days to forestall recurrence.

Engr. Adamu who acknowledged that this year’s floods had caused untold hardships by submerging homes, destroying properties running into billions of Naira, also pointed out that the flooding has been majorly caused by localised rainfalls and poor drainage system in urban areas.

Members of the Presidential Committee  are made “up of seasoned professionals and bureaucrats, drawn from MDAs, states and professional organisation’s who are adjudged to have, in one way or the other, contributed immensely to the water resources, environmental, agricultural and other sectors of the country”, Adamu explained.

Addressing the committee, Adamu urged all committee members to work diligently to ensure that their mandate is achieved.