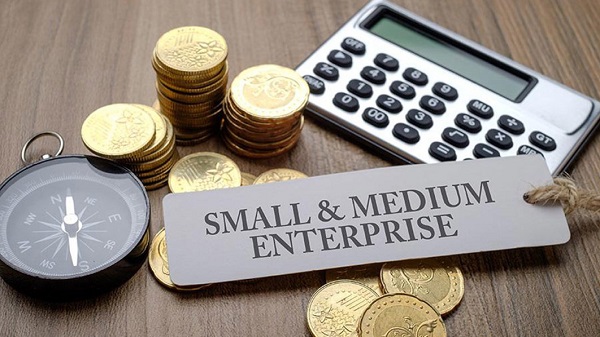 Says initial challenges are being surmounted

The Federal Government said it has so far disbursed about N10billion from the Micro, Small and Medium Enterprise (MSMEs) Survival Funds, to 101,567 beneficiaries till date, as part of commitment to lift Nigerians out of poverty.

The N75 billion Survival Funds, which comprises the N60 billion MSMEs as well as the N15 billion Guaranteed Off-take Schemes, became operational in September, is the core of the N2.3trillion stimulus package of the Nigerian Economic Sustainability Plan.

The Minister of State for Investment Trade and Industry Ambassador Mariam Katagun, disclosed this while briefing the media on the update of the Scheme.

Katagun, who is also the Chairperson Steering Committee to the MSMEs Survival Funds and Guaranteed Off-take Stimulus Scheme, said the list of beneficiaries fully verified for and has also commenced, adding that disbursements have been approved for 16,253 MSMEs businesses accounting for about 101,567 beneficiaries.

According to her, the disbursements for Payroll Support were made nationwide on November 18th, adding that due to the inability of some states to meet their targets, the portal will be reopened to accommodate such states.

Katagun explained that the Artisan Track Scheme is being implemented in three streams and enumeration of prospective beneficiaries under the first stream (Stream 1) commenced on October 1st, while payment to beneficiaries has been approved.

Consequently, 29,000 beneficiaries (artisans) have been approved for payment across the following states: FCT, Lagos, Ondo, Kaduna, Borno, Kano, Bauchi, Anambra, Abia, Plateau and Delta, made up 50 per cent male, 45 per cent female, and five per cent Special Needs. She stressed that the formalization support scheme which is simply the registration of 250,000 new businesses with the Corporate Affairs Commission [CAC] commenced on 26th October 2020 even as she remarked that the distribution of beneficiaries includes Lagos – 9,084, Kano – 8,406, Abia – 7,906, while other states have 6,606.

She assured the public that the selections of beneficiaries for all the schemes under the Survival Fund are treated on a first-come, first-serve basis.

She disclosed that the major challenge facing the scheme is the inability of the rural women to be convinced of the transparency of the scheme.
“Some rural women, especially those in the hinterlands find it difficult to believe that the government’s intention is real, but it is easier for us the literate and urban women; in all, we are also overcoming this challenge.”

Earlier in his remarks, the Special Assistant to the President on MSMEs, Office of the Vice President, Tola Johnson, affirmed that the scheme is running as expected as beneficiaries are beginning to feel the impact of the programmes.

He stated, “The PayRoll has been kick-started; for the first time, we are building a system that works. The scheme is working because of the media and other stakeholders, we are seeing the results now from the information we are getting from across the country.”