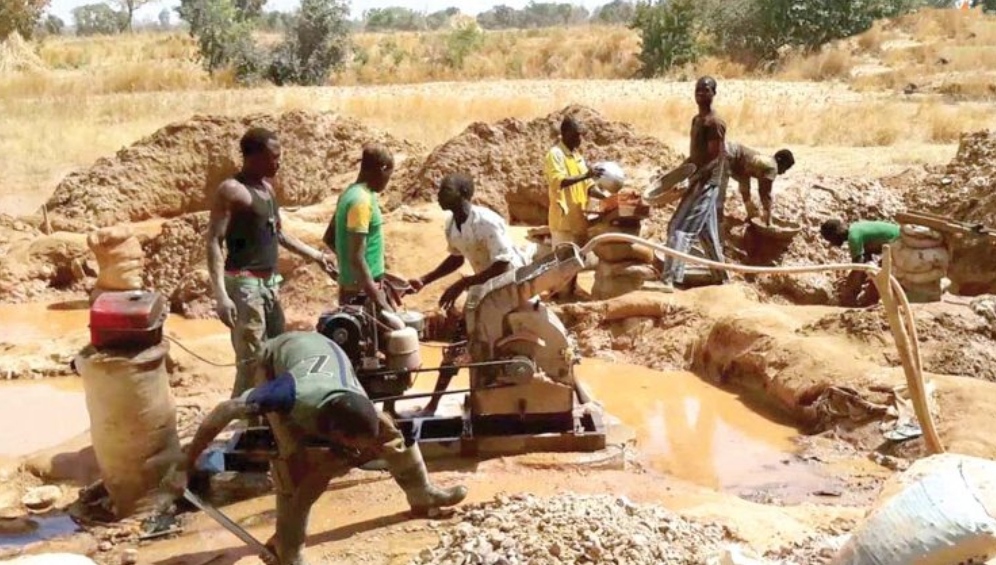 The Federal Government has moved into the solid minerals sector to recover unpaid taxes and royalties from over 2,000 companies operating in the industry.

The exercise is being championed by two agencies of the Federal Government – the Nigeria Extractive Industries Transparency Initiative in conjunction with the Revenue Mobilisation Allocation and Fiscal Commission, The Punch gathered on Monday.

The Executive Secretary, NEITI, Orji Ogbonnaya, told our correspondent that the move was in line with the mandate of the organisation, stressing that the agency’s audit reports had helped in the recovery of over N600bn unpaid taxes and royalties from oil and gas companies.

He said, “We have also moved into the solid minerals sector because there are companies that owe the government taxes and royalties in this industry.

“As we speak now, there is a committee between NEITI and the Revenue Mobilisation, Allocation and Fiscal Commission going to those companies one by one for that money to be remitted in the solid minerals.

“I am yet to get what has come in, that is in solid minerals. But we have data on who owes what and they are about 2,000 companies, as well as how much they are owing.”

Ogbonnaya added, “It is often when you are looking for money that you will remember the people who owe you. And, at times, it is your duty to go and say, ‘my friend, why haven’t you been able to pay me?’

“But if somebody owes you and you don’t remember, the person will believe that you don’t need the money. And our concern was that our country is borrowing. Therefore, our focus is to channel the report of NEITI essentially for revenue mobilisation and generation.”

Media reported that the Federal Government had recovered N600bn from oil and gas companies operating in Nigeria, which comprised unpaid taxes, royalties, penalties and commission on rentals that were identified in the audit report of NEITI.

Data seen in Abuja by our correspondent showed that the total liabilities of the 77 oil firms that were involved as at 2019 was N2.6tn, based on figures captured in the audit report of NEITI.

The House of Representatives invited the firms in a bid to recover the funds and it was gathered that after the intervention by the lawmakers, the companies commenced the process of remitting some of the funds.

The data indicated that while the total recovery pre-2021 and before the pronouncement of NEITI was N900bn, the additional amount recovered after NEITI’s pronouncement/National Assembly review was N600bn.

NEITI conducts a financial, physical and process audit that assesses and reconciles physical and financial flows within Nigeria’s oil and gas industry in line with the EITI Standard and the NEITI Act 2007.

The oil and gas audit has the objective of confirming the outstanding payments (liabilities) due to the federation from each covered company through the respective revenue collection government agencies.

The Federal Government has borrowed N6.31tn from the Central Bank of Nigeria through Ways and …