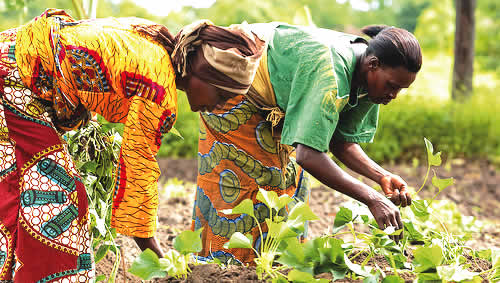 The All Farmers Association of Nigeria, on Wednesday, said most beneficiaries of the billions of naira released by the Central Bank of Nigeria under its Anchor Borrowers’ Programme were not Nigerian farmers.

Although the CBN kicked against this claim, AFAN argued that the apex bank was finding it tough to recover the loans because the funds were disbursed to individuals who were not into farming and not captured in the database of the association.

The National Secretary, AFAN, Yunusa Yabwa, disclosed this to journalists in Abuja while speaking on the sidelines of an event to announce the forthcoming Feed Nigeria Summit 2022.

“The Anchor Borrowers Programme was a laudable programme by this administration, but in every programme of this nature there must be challenges,” he said.

Yabwa added, “Our members have benefitted from the programme, but most people who benefited from the ABP are not Nigerian farmers. I must confess that to you.

“That is why you see today that the CBN, NIRSAL, commercial banks, who were the channels for the distribution of this fund, are complaining that these beneficiaries are not repaying the loans.”

He said most persons who got the loans could not be accounted for by AFAN, stressing that the association had asked CBN to provide the names of the debtors but the apex bank had not been able to comply.

But CBN spokesperson, Osita Nwanisobi, told our correspondent that the claims of AFAN were far from the truth and should be jettisoned.

“That is totally false. Did he give you any evidence to show that those who benefitted from the programme are non-Nigerians? The ABP is a programme that is well established. The offices of rice farmers’ president and officials are well known, as well as those of other commodity associations,” he said.

The Federal Government in 2015 activated the ABP scheme under the CBN, which was geared towards providing farmers with the critical funds and inputs needed to increase local production.