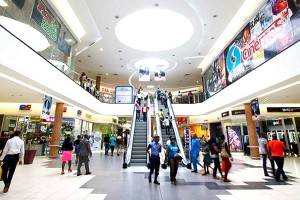 As with any other business, airports continuously seek to increase operational profitability and efficiency. As competition increases, and partners and stakeholders shift their business model to meet new market trends, some airports struggle to keep their business profitable.

Non-aeronautical revenues continue to be a vital component of an airport’s bottom line. This source of revenue tends to generate higher net profit margins, whilst providing airports with more diversification of income streams which then serve as an additional cushion during economic downturns where passenger numbers may drop or passenger spend may decrease in one area or other.

At the 2019 ACI Africa Regional Conference and Exhibition held in Luxor, Egypt, the Airports Council International (ACI) World emphasized the importance of investing in non-aeronautical and commercial revenue streams to facilitate sustainable growth.

Airports in the country majorly focus on aeronautical revenue sources. However, these sources have limitations because they are dependent on flight operations. These airports do not generate huge revenue for maintenance and sustainability and this has also led to some the huge debts owed to Federal Airports Authority of Nigeria (FAAN)

If airports focus on generating more non aeronautical revenue, when an airport management increases its non-aeronautical revenues it tempts to reduce its charges on airlines, which would in turn reduce the cost of tickets. With reduction in the cost of tickets, it is expected that more people would prefer to travel by air and as more people come to the airport they patronize businesses and other service providers and generate more revenue for the airport management. If non-aeronautical revenues are fully exploited, more revenue could be generated

In the latest report released by the Federal Airport Authority of Nigeria (FAAN), a total of 3.5 million passengers passed through Nigerian airports in the first quarter of 2019.

According to FAAN, the figure represents an increase of 76,397 passengers and 2.23 percent growth compared to the 3.43 million passengers recorded in the first quarter of 2018.This figures shows that there will be more increase in passenger traffic in future.

Similarly, passenger traffic in Africa is projected to reach 450 million by 2040 with a long-term (2017-2040) Compounded Annual Growth Rate of 3.7%. In order to cope with traffic growth, the region’s airports must generate enough revenues to finance their activities, build new infrastructure, and remain competitive. Non-aeronautical revenues have the potential to be the major source of funds for operators, especially considering Africa has the greatest reliance on aeronautical revenue worldwide.

In 2016, the same amount of revenue was generated by the Authority. Federal Airport Authority of Nigeria, (FAAN) while  proposing the total budget  for 2019 noted that the proposed revenue of N101.67 billion is made up of N60.33 billion which is from the aeronautical revenue sources , N26.03 billion from the from the non-aeronautical sources and N16.92 billion as anticipated debts to be recovered.

Speaking on the issue, an aviation consultant, Dr Danjuma ismaila disclosed that the major airports in the country do not have the traffic to boost non-aeronautical revenue sources.

“In Morocco, they have 50 million passengers per annum. The whole Nigerian market is just 13 million and less than 10 million is mainly from the Lagos airport. So you cannot make enough revenue from non aeronautical sources from that airport. The passengers have to be enough to make more revenue.  Even at Lagos airport, these shops and malls do not make enough money.

Danjuma advised airports to build hotels and housing estates in order to facilitate more patronage at the shopping malls and car parks.

“If these airports have fore sight, then they can build hotels, housing estates and they can make money from there. But where will they get the money to build these things and who will stay there when these things are built?” he lamented.

Recall that the Federal Airports Authority of Nigeria (FAAN) early in the year set up a committee to map out plans to boost revenue generation from non-aeronautical sources.

Its former Managing Director,  Saleh Dunoma, , stressed  that the country has not tapped into non-aeronautical sources and encouraged African airports to look at non-aeronautical revenue sources of revenue.

Also speaking, an aviation expert and technical consultant, Engineer Tunde Oyetayo stressed that the amount of revenue generated by airport is based on traffic.

“For you to have passengers, you must have the traffic. If you don’t have passengers who will walk around to see these malls and make patronage, it will be difficult for revenue to come. When the owners of the shops are not making money, it will be difficult for them to pay the necessary bills to government and so they fold up. When you go to these airports, most of the shops are locked up and not functioning” he said.

Tunde noted that airports can encourage more patronage by putting measures in place that will attract more passengers and non passengers to the airports which will boost traffic.

This will also increase non –aeronautical revenue sources and also improve the development of the airports in the country. 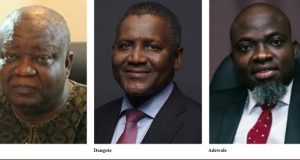 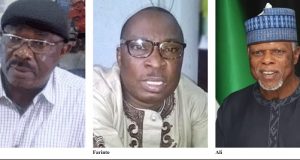 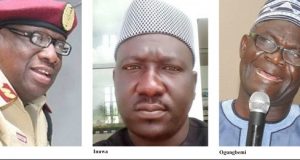 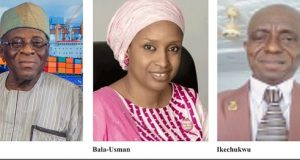 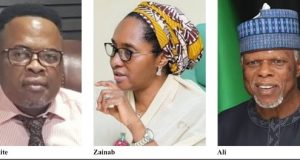 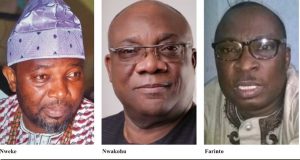