Experts and stakeholders have said that if the inland waterways transportation is properly harnessed it can improve the nation’s economy, create jobs and boost revenue, while serving also as a cheap transport mode for evacuation of goods and services.

These were stated  by speakers at the maiden edition of the Maritime Mode  Workshop  of the  Chartered Institute of Logistics and  Transport (CILT) with the theme: Optimization of Inland Waterways Transport in Nigeria; held in Lagos on Thursday.

At  the occasion, Hon. Patrick Asadu, chairman House of Representatives Committee on Waterways,  who was represented by Mr.Humphery Babatunde, noted that “The nation’s roads are unsafe as a result of banditry ,terrorism, and kidnapping on our highways”

He said that “Inland waterways sector is one that is pivotal to Nigeria’s socio-economic development, through maritime activities, job creation, and development of our human capital index among the comity of maritime nations around the world”. He said the impediment to achieving maximum profit from the nation’s roads had been marred  by a lot of factors, hence the recourse to Inland waterways. “The dilapidated state of the roads is not encouraging either.

The rail transport that used to provide succor for travelling has recently become safe haven for ransom making. In the area of transportation, the cost of jet fuel and other associated costs have taken air transport out of the reach of the common man” he said.

Hon. Asadu added “Nigeria’s Inland waterways has  the capacity to transform our economy, employ youth, revive local industries, promote trade and reduce the burden  on the roads nationwide. However this will require deliberate efforts by way of policies, investments and standardized operations in tandem with global best practices”.

He stressed that some obstacles have challenged the growth of Inland water transportation and associated businesses in Nigeria. These issues according to him revolve around policy inconsistency, regulatory and interagency overlaps, misconceptions about water transport and absence of critical infrastructure. Other drawbacks include insecurity, inadequate human capital, and uncharted channels.

Presenting a paper titled: Education, a sustainable development as it affects National Inland Waterways of our economy, Managing Director, Nigerian Inland Waterways (NIWA),  Dr.George Muoghalu noted that there is a nexus between transportation and economic prosperity of every nation. He disclosed that the National Transport Policy that would address some of the perceived inconsistencies and policy summersaults will be approved by  the senate.

The NIWA MD also hinted that in order to ensure safety and effective monitoring of the nation’s waterways, Cameras  have been installed to  achieve this objective and more measures have been taken to guarantee safety on the waterways and also restore confidence in the Inland waterways.

He noted that thriving economies  across the globe today, despite global economic recession occasioned by the outbreak of the Corona virus, pride themselves with efficient and effective transportation system. “The level of development of transportation and connectivity amongst the various transportation modes, of any nation has far reacting effect on its  prosperity and integration and shared prosperity, which is fundamental to sustainable economic development index” he said. 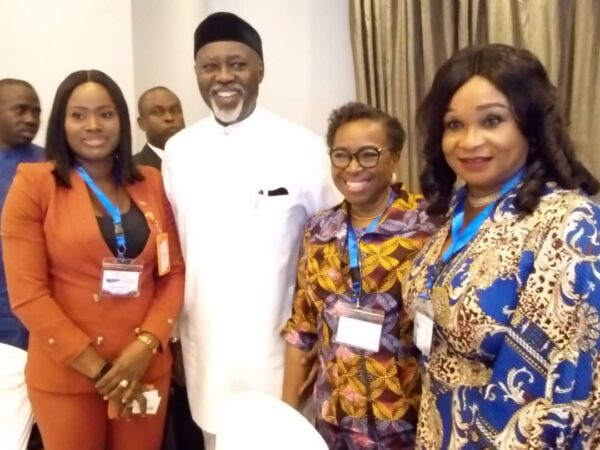 Muoghalu noted that one opportunity Europe exploited today is their inland waterways. He said 28 out of 36 federating units, approximately 60 per cent of the country’s Nine hundred and fifteen thousand seven hundred kilometer land mass is accessible by water and as observed, the inland waterways.

“Inland Waterways is a move that could impact positively on  the nation’s economy as it reduces costs, expands businesses, creates jobs, and boost revenue” he said.

He pointed out  that the success Europe achieved through the exploration of the Inland water was monumental and instrumental to the growth of their economies .

“Record show that administration of River Danube Dates  Back To 1856, When the European Commission of Danube was found. More significant opportunity Europe exploited to their  advantage is the Inland Waterways access to Danube, Bulgaria, Hungary, Slovakia Austria, Belgium, a and Germany. The creation of River Danube commission was the imperative that laid the foundation for a united Europe. Because they recognized the economics of Danube River as central .and as a trade way across Europe” he added.

He noted that interagency overlaps and inconsistency in policies are some of the challenges confronting the agency.

On the issue of issuing of license to Barge operators, Muoghalu noted that the agencies authorized by law to issue license to barge operators are Nigerian Ports Authority (NPA) and NIWA. For anyone to operate as a barge operator, that person must have these two licenses.

In his goodwill message, Hassan Lawal Anka, chairman Senate Committee on Environment and Ecology noted that it’s a well Established fact that inland waterways transport is relatively low air and noise emissions per tonne, compared with other modes.

“However, the development of waterways can have adverse environmental impacts on water quality, biodiversity, landscape and the recreational value of water bodies. From environmental point of view, Inland navigation can contribute to making transport more sustainable, particularly what it substitutes for road transport. Waterways development works for inland navigation, can have significant impacts on the ecological value and water quality of water bodies. The nature and extent of the impacts depend on the kind of works concerned and to a large degree, on the characteristics of the water body itself” he said.

In his goodwill message also, the Executive Secretary, Nigeria Shippers’ Council (NSC), Emmanuel Jime stated that there are urgent need not only to ensure the enforcement of regulations  that will drive the cabotage policy, but also ensure the standardization of barges, jetties among other provisions that should promote safety, efficiency and overall effectiveness of the sector.

“Consequently, appropriate regulations and policies should be adopted to drive logistics and supply chain management for Cargo delivery” he said.

He pointed out that the “ Council in recognizing the critical role of the Inland Water transport sector plays in the industry and in line with part 1 section 3 of the Nigeria shippers’ council (Port Economic Regulation) 2015 has been engaging with operators within the industry and noted some challenges which include: lack of capital to procure barges, (including ocean going barges), limited finance to procure handling equipment at the Jetties, and high cost of operations and its subsequent impacts on the economy”

In an exclusive interview with  MMS Plus, the Managing Director of Lagos State Water Authority (LASWA) Emmanuel stated that the state has launched a technology to ensure the security of the waterways in the state. He said the technology will monitor anyone who is breaking the rules and regulations of the waterways.

He said the monitoring devise can cover “every single expanse, and we will continue to expand it, even as the waterways expands. But where we are right now, it’s covering all the strategic locations the state covers. He said the controversy over the control of the waterways in Lagos and  registration of barges with the NIWA is being addressed