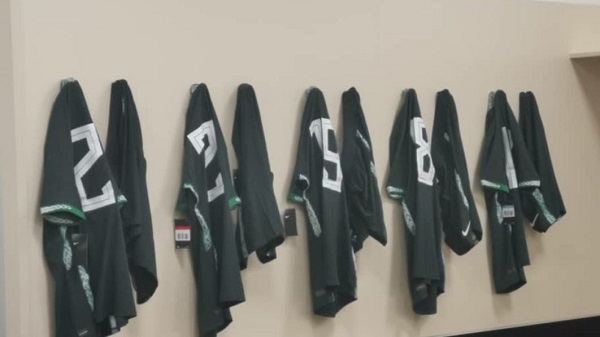 Super Eagles manager, Rohr has promised to present a better team than the one that lost to Algeria on Friday when Nigeria takes on Tunisia tomorrow.

Algeria beat Nigeria 1-0 in the Eagles first match since the coronavirus halted all sporting activities.

The loss in Austria has generated a lot of criticism from Nigerians, who have started questioning Rohr capacity to give the country the national team of its dream. Some critics have even started calling for Rohr’s sack, saying he has not shown that he has the capacity to lead the team to greatness.

Reacting to the Eagles’ defeat on Friday, Rohr’s acknowledged that his team played badly, but he added that it was unfair to judge the team by the loss considering the circumstances.

He also charged the Super Eagles not to be distracted by the loss and buckle for the Tunisian challenge tomorrow.

Speaking through Super Eagles Media Officer, Toyin Ibitoye, Rohr said, “Going further, the Eagles will be better. We plead with football-loving Nigerians to keep supporting us despite the defeat by Algeria.

“The Eagles will surely correct their mistakes when they face Tunisia. It would be another tough game because Tunisia won their first friendly game and will come into the match with a high level of confidence. But the Eagles will be ready.”

Rohr assured Nigerians that the defeat by Algeria would not affect his players psychologically, adding that they are focused and want to prove they are a big force in world football.

Meanwhile, Rohr has disclosed that the Eagles’ tune-up games against Algeria and Tunisia are not good enough to put the Eagles in top form ahead of the AFCON qualifiers scheduled to begin next month.

Speaking in a visual interview with journalists on Friday, Rohr said Cote d’Ivoire’s withdrawal from their earlier scheduled friendly against Nigeria affected his game plans for the AFCON campaign, adding that playing against two North African teams in the tune-up games is not ideal for the Eagles now.

According to Rohr, West African teams are more aggressive on the ball and would have given his players, who are mostly based in Europe, the opportunity to get used to how Western African sides play before the AFCON qualifiers.

“The friendlies against Algeria and Tunisia will not give my players a guide on how to handle the West African teams, who are more aggressive in their style of play.

“We are playing against Sierra Leone in Nigeria next month and I believe my players will be in top form to give the team a good fight. The invited players for the friendlies are in high spirit to give their best in the next game against Tunisia,” he added.

The Super Eagles yesterday resumed training ahead of tomorrow’s game after reviewing their performance against Algeria.