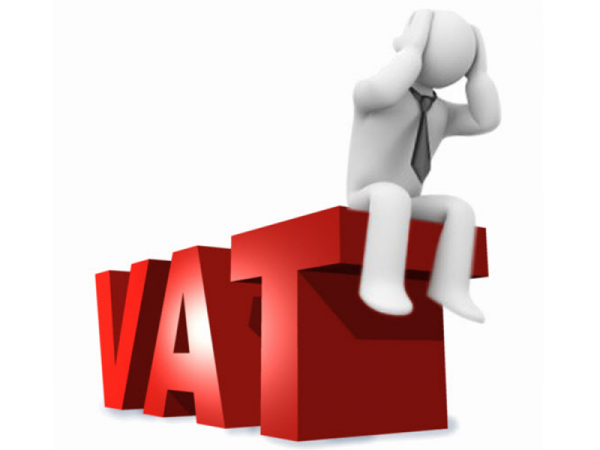 As a result of a harsh fiscal environment and excruciating government tax regime, over 16,000 water producing companies, mostly sachet water producers have shut down in the last five years.

Nigerian manufacturers revealed this at a one-day business conference organized by MMS Plus last week, even as they admonished the federal government to jettison the proposed re-introduction of excise duty collection on non-alcoholic drinks, stating the move negates the government’s Economic Recovery Growth Plan (ERGP).

Recall that some members of the National Assembly at the 2022-2024 Medium Term Expenditure Framework (MTEF) interactive sessions with the leadership of the Nigeria Customs Service (NCS) concluded that the Finance Act will be amended to accommodate the proposed fiscal policy.

Speaking at the conference themed; “X-raying the Proposed Excise Duty Regime for Carbonated Beverages in a Recovering Economy,” the National President of Association for Table Water Producers of Nigeria (ATWAP), Mrs. Clementina Chinwe Ativie stated that the group’s membership has declined by 16,000 owing to various economic challenges.

Despite the fact that water has recorded over 150 percent increase in prices in the last two years, water producers are burdened with a myriad of macro-economic challenges and structural constraints leading many to quit the business.

She also lamented that some companies sold their assets to people who do not care about standards, evade regulations and still get their products sold in Nigerian markets.

Her words: “ATWAP believes that the proposed excise levy negates the economic recovery plans of the government under its earlier ERGP and the current Economic Sustainability Plan (ESP), which is a COVID-19 recovery strategy, aimed at supporting the Micro, Small and Medium Enterprises (MSME), reduction in the National Agency for Food, Drug Administration and Control (NAFDAC) registration, among others.”

“We hope to see these initiatives realized; manufacturers and water producers are burdened with a myriad of macro-economic challenges and structural constraints with huge negative effects on capacity utilization, productivity and competitiveness.”

According to Ativie, about 95 percent of ATWAP members who produce sachet water have already closed factories because NAFDAC refused to renew their licenses and cost of production increased exponentially by over 150 percent as a result of exchange rate and other factors.

She, however, noted that in a bid to create a sustainable environment, ATWAP has designed a means of collecting and recycling its wastes across the country in partnership with a recycling company abroad even though the move is a huge cost.

“We call on the government to support the MSME to grow in line with its growth policy trajectory instead of seeking means to drain the struggling operators. Let’s suspend the idea of reintroducing the excise duty on both carbonated and non-carbonated beverages,” she said.

The group, which has over 36,000 members across the country, lamented that its membership has depleted by over 35 percent in the last five years following the tough fiscal environment.

“We learnt that the Ministry of Budget and National Planning was reported to have said the planned policy would take effect in January 2022. We never read that there was a stakeholders’ meeting to discuss how this policy affects the manufacturers and producers who operate in the most un-conducive business environment in the country,” she said.

Also speaking at the MMS summit, the Chairman, Fruit Juice Association of the Manufacturers Association of Nigeria (MAN), Mr. Fred Chiazor noted that several fruit juice producers have equally folded up due to economic hardship in the nation.

“Ujanoko Fruit Company is gone; Fumman Nigeria Limited is another fruit company that closed down. The primary reason is the hardship and economic downturn. Coca-cola is a big brand but it is bleeding, the fact that it is still in existence doesn’t mean it is doing well. Unless we want to see it die completely or move to another country, we should reconsider the additional duties on carbonated soft drinks.”

“The truth is that fruit juice producers already pay a lot of taxes. No concentrate comes into the country without import duties. Almost on a yearly basis the import duty is increased and we pay. We don’t complain about these duties. When it comes to income tax, if you go to the records we are the highest paying company in terms of tax and we usually win that award,” he said.

He lamented that efforts by manufacturers to have an audience with the Customs Comptroller-General were denied on several occasions.

“We still want that opportunity to sit down and engage the Customs management because the strategy for policy development should be dialogue before design. Years ago, there was a Coca-cola concentrate factory in Nigeria but it closed down because of duties. They had to move the company to Swaziland,” he added.

Noting that besides revenue generation the move to reintroduce excise duties on non-alcoholic drinks is also to address health concerns from sugar; Chiazor argued that Nigeria does not have a sugar problem.

“Available data indicates that Nigeria’s per capita sugar consumption in 2019 is about 8 kilograms, much lower than the global average of approximately 36 kilograms per person and up to 90kg/person in the UK and America. A bottle is considered a major part of a meal for an average individual in Nigeria hence needs to be critically evaluated to avoid impacting the most vulnerable people who do not have purchasing power,” he said.

He also stated that producers of the items lose up to NGN1.9trillion in revenue sales between 2022 – 2025, adding that the losses indicate a 39.5% loss due to imposition of the new taxes with concomitant impact on jobs and supply chain businesses.

On his part, an economic expert and moderator of the business discourse, Otunba Kunle Folarin observed that a comparative table of economic policies be ascertained via stakeholders’ engagement and further studies.

Kunle Folarin, who is also the Chairman of Nigerian Ports Consultative Council, advised the Finance Ministry to examine the claims by manufacturers that while N81 billion would be gained by Customs annually; government could lose up to N197 billion in VAT, EIT and CIT revenues occasioned by drop in industry performance.

Highlighting other reasons to further deliberate on the policy, he noted “the implications of this regime on employment, lack of infrastructure, health hazards and environment concerns. What would be the appropriate composition of this proposal; should it include water noting that it is central to the common man’s well-being? Is there a proper definition of the scope and applicable regime of the tariff that comes with this proposal? AfCFTA managers should be careful with this excise duty regime amid Nigeria’s competitiveness in the continent.”

Earlier, the Comptroller-General of Customs, Col. Hammed Ali (Rtd) stated that with the wide production and consumption of carbonated non-alcoholic drinks locally, there is a strong indication that it will trigger a significant revenue rise from excise duty when brought under excise control.

Ali, who was represented by the Controller, Lagos Industrial Command, Comptroller Monica Shaahu, presented a paper titled, “Merits and Demerits of Excise Duty in a COVID-19 Recovering Economy.”

Comptroller Shaahu noted that bringing the carbonated non-alcoholic and alcoholic drinks under excise control will cushion the effects of the over-dependence on oil/ import duty revenue occasioned by global economic response to COVID-19.

“Away from the revenue view, the health and environment hazards presented by the production and consumption of carbonated drinks will be ameliorated bringing them under regulation and control. Excise traders under the new regime are likely to think of exportation to enjoy the duty free delivery incentives from the federal government thereby attracting more forex to the economy.”

“Manufacturers are struggling, but several others are already paying these excise duties and they haven’t closed down. Nigeria is my country as well and I wouldn’t want my country to suffer or its citizenry to suffer, but most countries survive on taxation. We can look at a company like Coca-cola that is a global brand, it pays taxes and excise duties all over the world. It’s probably only in Nigeria that people say away from paying duties, but they are making profits. Since they haven’t closed down, it means they are making profits. Other alcoholic companies and producers of cigarettes are going through the same challenges in Nigeria but they pay excise duties. They haven’t retrenched their workers or closed their factories,” she said.

The Customs boss, however, agreed that there was a need to have more stakeholders’ engagement on the issue following the concerns by Nigerian manufacturers.

A member of the Nigerian Economic Summit Group (NESG), Dr. Ikenna Nwosu advised that the initiative be shelved for a minimum of one year to allow for robust discourse with industry stakeholders on the possible gains and shortcomings of the policy.

Nwosu posited that the one year waiting period would also enable the nation’s economy; especially its manufacturers recover from the debilitating effects of the COVID-19 pandemic.

He argued that most global economic bodies including the International Monetary Fund (IMF) and World Trade Organization (WTO) have been advising governments to suspend taxes for one year as part of efforts to support their businesses amid the global fiscal challenges.

In his welcome address, the CEO/Editor-in-Chief, MMS Plus newspaper, Mr. Kingsley Anaroke said the Business Discourse provided a common platform for all the stakeholders to address the divergent arguments on the Merits and Demerits and agree on the way forward.

“We have had stakeholders ask what our interest in this subject matter is and on which of the divides are we. This simply expresses the depth of interest invested in this subject that is not discussed in true sense of a debate that it deserves as a key economic factor in revenue generation and its tangential stimuli for industrial growth and export”

“Our answer to this twin question is simple. We have a duty as a media house to set an agenda for national discourse and give direction for better policy formulation because we are not isolated from the vagaries of Nigeria’s economy and the market dynamics. As for which of the divides-for or against we stand for the truth! And only truth will set the nation on the path of growth and redemption,” he said.