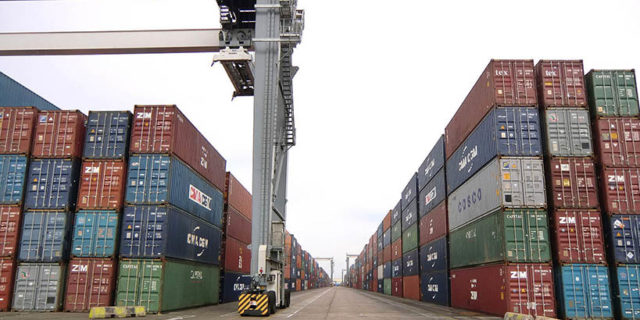 Key maritime industry stakeholders on Thursday, last week, concluded that the Federal Government and its agencies in the sector pay lip-service to the need of digitalizing the industry as they enumerated business opportunities that come with the digitally-driven port operations.

In a surprise and emotion laden session at the town hall meeting organized by the League of Maritime Editors and Publishers(LOMEP), they complained  that numerous government policies; efforts and initiatives by operators to  play catch up with the prevailing global best practices are frustrated by either some agencies’ non-compliance posture or government’s inaction  and lack of political will to implement recommendations  from different committees and projects.

The national single window project initiated in 2009 , which out to have been operational now is one the numerous initiatives unanimously listed by the speakers, who condemned the absence of the Nigerian Shippers’ Council(NSC), Nigerian Ports Authority(NPA) and the Nigerian Maritime Administration and Safety Agency(NIMASA) at the town hall meeting with the theme:”Achieving  Effective Digitalization  in the Maritime Sector”at the event, saying that the topic is not only timely but a key solution to the myriad of problems in the nation’s ports.

Observing that no excuse was enough to explain their absence in a crucial discourse of this nature, some participants were whispering  that the agencies have exhausted their bag of usual recycled update.

The Chairman of Ports Consultative Council(PCC), Otunba Kunle Folarin, who also chaired the town hall meeting lamented that the national single window project initiative spearheaded by the Nigeria Customs Service(NCS) is yet to take off twelve years after it was presented to the industry with stakeholders as members of the committees. He bemoaned the culture of allowing many committees’ reports to gather dust on government shelves and thereby wasting useful efforts and resources.

The Executive Vice-Chairman of ENL Consortium Limited and Chairman of Seaport Terminal Operators Association of Nigeria(STOAN), Princess (Dr.) Vicky Haastrup,  who spoke on “The Impact of Automation In Cargo Handling Operations”, at the event expressed her disappointment at the inability of the government agencies operating at the nation’s seaports to attend the all-important meeting which she believed would have a direct impact on their activities.

“I could see some wonderful people from the Nigeria Customs Service and I am happy that you are here because some of the things that we will talk about here actually relate to issues that are giving us concern in this industry. I thought this whole hall should be full because the topic and I know there is wide coverage about this town hall meeting and I thought that everybody should be concerned enough or interested to come and discuss the topics that we are discussing here today. So, I am disappointed.”

She, however, thanked the President of the League of Maritime Editors and his members for conceptualizing the town hall meeting, describing it as timely as well as a prove of the passion they had for the growth of the maritime industry.

She went on to described the maritime industry as the hope for Nigeria arguing that the hope of Nigeria does not lie in the oil anymore because very soon, the oil will become one Naira.

“Maritime industry has the capacity to solve income generation problem for Nigeria, it’s such a buoyant industry. It is a big industry, there are chains of stakeholders in this industry, not just the terminal operators, freight forwarders, transporters. If you know the volume of people that are participating and operating in this our industry, federal government should pay attention to this industry.”

Reiterating that port concession has brought a lot of technological improvement in the port industry, Haastrup recalled how they chased 200  “Wharf Rats”  with a constituted leadership  called  “President” out of the port when they took over the port as concessionaires in 2006, explaining that the entire port environment and system was in shambles.

She however, regretted that digitalization would  trigger job losses in the industry but called on maritime workers to upgrade their skills for adaptability while calling on government to  create job opportunities even with the trending technologies.

Recall that the 24hrs operations service and the presidential directive on ease of doing business in the maritime have been consistently flouted by agencies like the Nigeria Police, NCS and NIMASA, among others. These policies and processes were introduced fast –track digitalization in the industry but the compliance level of the various agencies leaves nothing to write home about.

Following this trend of non-compliance by government agencies and deliberate  non-enforcement of policies by the Federal Government, the founder of the National Association of Government Approved Freight Forwarders(NAGAFF), Dr. Boniface Aniebonam, described the developments as “system collapse as nobody respects the laws.

The President General of the Maritime Workers Union of Nigeria(MWUN), Comrade Adewale Adeyanju, who described digitalization as a pivot for seamless trade, said it would impact on the turn around of vessels, cargo dwell time and over all service delivery , adding, “We can not be left behind, so consciously, we are mobilizing , sensitizing and training to skew our skills to conform with and adapt to trends in technological advancement.”

“As we speak now some terminal operators recently brought in mobile cranes for ease of terminal operations. These machineries and a host of other innovations were before now completely alien to our ;port operations. But  because we had to defend our livelihood, we rose to the occasion and trained to be able to handle these machines.

“As a direct consequence of the introduction, our work style has been greatly impacted to the extent that we now have professional mobile crane operators, male and female alike. We have vessel pilots developing latest technology and handing in best practices to our managers. We are better prepared and ready to meet with global advancement. Indeed, to avoid a regulation gap,we have had to put in mind the need to be fit for the technologies of today and perhaps that of tomorrow,” the labour leader stated.

Adeyanju, represented by his Deputy Secretary General on Training, Research,Education and Media, Comrade Oniha Odigie listed the impact of digitalization to include business opportunities in the maritime sector. He said, ‘New businesses become possible, for example, the use of blockchain technology for bunkering, cargo tracking, smart capacity management platforms, circular ship recycling and waste management, crew recruitment  and market allocation”.

In his welcome address at the occasion, the President of the League of Maritime Editors and Publishers(LOMEP), Mr. Kingsley Anaroke said,”There are stages in this journey of digitalization, but we have to crawl before walking.  Essentially, however,  digitalization is the foundation of smart ports and digital twin, which uses innovations and technologies like big data, internet of things(iot) sensors, artificial intelligence and block chain.  Digital Twin means a virtual representation of an entire port or terminal, with the physical objects, processes, relationships, and behavior between all activities and actors. This is the foundation for the future of shipping. It can visualize the current versus expected  performance of operations and compare them with others internationally.

“However, in Nigerian context of today, we are simply asking for a mere  system automation which is an elementary stage of digitalization given the backwardness and the endemic operational challenges in the maritime industry.  Automation is the creation and application of technologies to produce and deliver goods and services with minimal human intervention. The main driver for automation in container terminals is to reduce the cost per handled container, that is, cost per move in the terminal, while improving reliability, predictability, safety of operations  and reduced environmental impact.

“The questions begging for answers therefore, are: How far has the terminal operators gone with this process?  What is the preparedness of the agencies to deliver a real-time smart ports? How much is voted for the digitalization  process and what are the timelines? How serious is the media and stakeholders in holding the operators accountable to deliver this process?”  He queried.