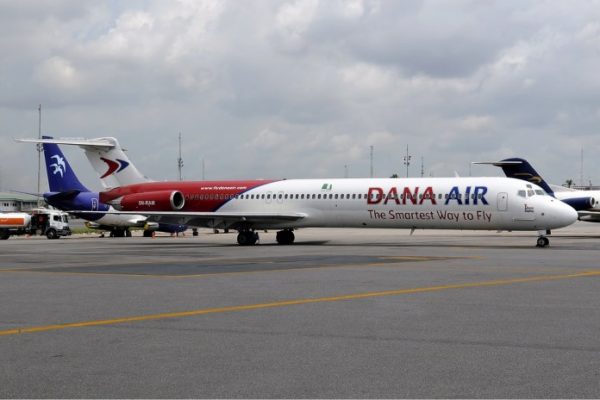 Dana Air has announced it has concluded its internal safety management systems training for top management staff and post holders.

According to a statement signed by the airline’s Accountable Manager, Ememobong Ettete, the firm has also made huge progress with regard to its Nigerian Civil Aviation Authority audit.

“The Nigerian Civil Aviation Authority audit is also still ongoing, and we have made huge progress having upped the ante on all our processes and procedures, but the SMS training is a periodic training for staff to enhance their knowledge on safety both in the office and across all aspects of our operations.

“Also, in attendance at this training which was observed by the NCAA are some of our newly appointed post holders: director of safety and quality, director of maintenance and engineering, director of flight operations, chief pilot, and safety manager, all of which we will announce to our customers, vendors, and partners very soon.”

A statement signed by NCAA’s Director General, Captain Musa Nuhu partly read, “The decision is the outcome of a financial and economic health audit carried out on the Airline by the Authority, and the findings of an investigation conducted on the Airline’s flight operations recently, which revealed that Dana Air is no longer in a position to meet its financial obligations and to conduct safe flight operations.”