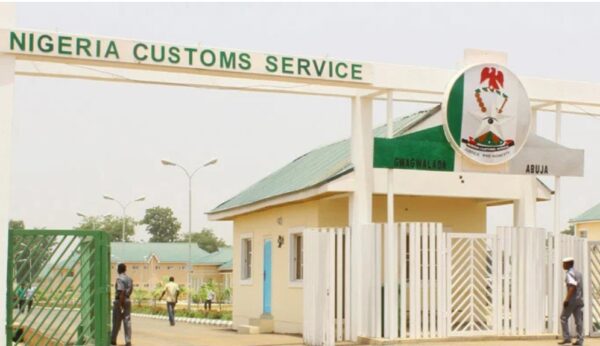 The Nigeria Customs Service(NCS) Federal Operations Unit(FOU) Zone ‘A’ Command, Ikeja, said it made a total seizure of 1,268 worth N12 billion between January and October 2022.

Acting controller of the Command, Comptroller Hussein Ejibunu,stated this at the 2022 Annual Retreat and Lecture of the League of Maritime Editors,with the theme: “Lekki Deep Seaport: Identifying Gains , Challenges and Potential Threat to Lagos Ports”, which held on Thursday in Lagos.

Controller Ejibunu wondered what would have happened,if the 233 cartons and 82 packs of tramadol of 235 kg each as well as 4,186 kg of Indian hemp had entered the Nigerian market is better imagined, saying”The crime wave would have increased.

The unit made arrest of 135 suspects in connection with some of the seizures.while 15 suspects have been charged to court ,117 suspects were released on administrative bail, 3 suspects were handed over to National Drug Law Enforcement Agency( NDLEA),as 10 suspects are still in custody” he said.

Comptroller Ejibunu noted that his unit is not a revenue generating command, but it plays the role of intervention

” Based on various degrees of infractions arising from transfer of value,low value,wrong classification and concealment for containers and vehicles released from Seaport Area Commands, it generated N 808,487,292.72, between January and October ,2022″ he said.

He added that once there is intelligence on any job released from the ports that runs foul of import clearance procedures, the intervention role of the unit triggers off .When such a job is intercepted,re- examined and assessment given for the shortfall ,the Agent or his importer pays through the bank into the Federal Government coffers, without mincing words ,the fear of FOU is certainly the beginning of wisdom for economic saboteurs both at the seaport and land bothers.

He stated that anti-smuggling operations are being impeded by a number of factors which has not given room for the outfit to achieve its much desired goals .Some of these factors include: lack of enough man power to match the long stretch of the porous borders,incessant attacks on patrol team by dare- devil smugglers,untamed hostile border communities which takes up smuggling as a legitimate business; serious conspiracy theory within border communities to hire out trucks and vehicles to patrol teams for evacuation of seized items, congestion of government warehouse at Ikeja and delays in cases involving smugglers, amongst others.

Ejibunu noted that anti-smuggling operations fall under the purview of the Department of Enforcement, Investigation and Inspection which oversees the aspect of ensuring that smuggling is reduced to the barest minimum.

Previous Lekki Deep Seaport Not Threat To Lagos Ports   – Experts
Next SON’s 50Years Of A Quest For Standardisation: How Far?