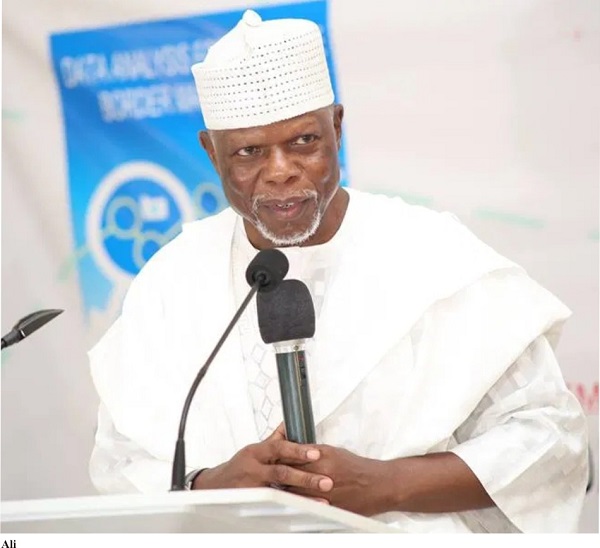 The Comptroller-General of the Nigeria Customs Service (NCS) Col. Hameed Ibrahim Ali (Rtd), has commended the Controller of the Apapa Area Command, Comptroller Mallanta Ibrahim Yussuf on the seizure of container No. GESU 6642430 (1×40 FT) containing 1,427 cartons of unregistered pharmaceuticals products.
In what he described as ‘a sterling performance’, CGC Ali praised Mallanta for exercising due diligence on the interception and arrest of the banned items.
The intercepted container was laden with 144 cartons of 200mg Tramadol tablets; one carton of 100mg Tramadol tablets, 958 cartons of Septran (Co-Trimoxazole), 180 cartons of CAC – 100 Plus Effervescent Tablets and 144 cartons of Oxytocin Injection.
In a commendation letter signed by Comptroller KA Olusemire, the Comptroller General was quoted as saying: “By this act, have demostrated zero tolerance attitude for corruption and other vices in line with the policy thrust of this administration.”
The letter also commended all officers of the Command for the laudable feat.
This information was disseminated via a press release signed by the Public Relations Officer, Apapa Area Command, DSC A Usman.
Share