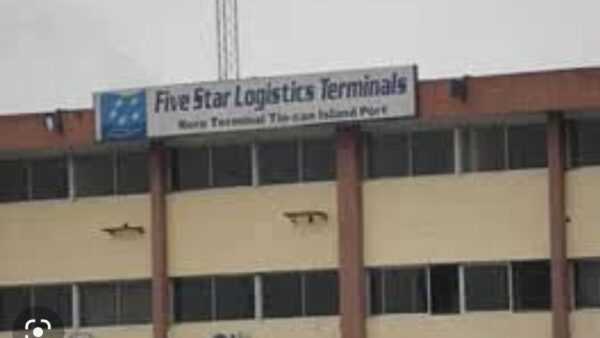 The build-up that led to Nigeria Customs Service (NCS) recently deactivating Five Star Logistics Limited from its portal should be seen as one of the many inefficiencies of the agency.  That Customs suddenly woke up to discover that the terminal operator at Tin-Can Port is indebted to the command to the tune of N97.3million is a gross inefficiency.

It is events like this that inflames the sector and smears the integrity and dedication of personnel of NCS. Though the NCS may claim that they are yet to be fully digitalized, but errors such as this goes beyond that and generate questions begging for answers. If one considers that Five Star Logistics Ltd has been in business with NSC for a long time now, and that the agency regularly captures and facilitates all transactions from the company prior to this moment; the ultimate question is in what direction the agency has been looking to allow such accumulated debt?

The inability of Customs to realize earlier that the logistics company is defaulting in its payment of assessment fee quickly suggests that someone is undermining the revenue drive of the command or simply bending the rules. While NCS confirmed the blockage simply as a result of unpaid assessment of over N97million no adequate explanation is given on why a terminal operator should be allowed to continuously operate without paying the necessary fees due to government for a long time.

As reported by several media, the alarm of deactivating Five Star was raised by the Association of Nigerian Licensed Customs Agents (ANLCA) through Dr. Kayode Farinto, its acting National President who complained about the inability of members to clear already released vehicles and cargoes. Though the Association has stated its line of next actions including going to court if the issues are not urgently resolved, Uche Ejisieme the command’s Public Relation Officer stated that management of the debtor terminal had already gone to Customs headquarters in Abuja to resolve the issue, Business Insider reported.

This again brings us to the many questions that need to be answered. Customs is known to be saddled with, among other things, the responsibilities of arresting and prosecuting revenue defaulters, so why the special treatment of Five Star Logistics. Is it not unfair to assume it’s a business gone awry between two agencies that may have engaged in shady businesses and suddenly no longer go down well with either of them. Whichever way, there has not been a genuine explanation as to why Five Star Logistics owes Customs and it will be in the good image of the agency to tell Nigerians what led to this monumental accumulation of fees up to such staggering amount. If there are personnel who may have aided the logistic company in this act, now is the right time for the agency to walk the talk of ridding itself of bad eggs.

An insight into Five Star Logistics Ltd revealed that the company won the bid for the running of Roll on-Roll off terminal at the Tin-Can Port in September 2005. However, the proper take over appeared to have occurred in 2006 which would mean that the company has been in business with Customs for over fifteen years.

It is therefore paramount that Customs should let Nigerians know at what time  Five Star started evading assessment fees and how is it that the agency has not been able to detect it even with the media shows of  Customs projecting itself to be efficiently alert and constantly prosecuting offenders.

It is also interesting to know that General Theophilus Yakubu Danjuma (retd) the founder of NAL-Comet and former Chief of Army Staff, sits as the Head of Five Stars Logistics Ltd, probably the reason why the issues are being resolved under closed doors. There is certainly more to this and with time it will be laid bare to the public.

Waiting For Nigeria Air, The 8th Wonder Of The World

Lekki Deep Seaport: How Realistic Is September Take off Date?