What Is Their Relevance To Members?

An association is the coming together of like-minded persons with an aim or goal under a nomenclature as people with the intent of unification and tenets of agreement. Most times, an association is used to drive a common goal, protect certain interest or achieve a common purpose. There cannot be an association without a definite aim or aims.

In the maritime industry, especially in the clearing sector, there are several associations formed to perform the exact purposes stated above.

It is true that one has lost touch with the actual number of clearing agents associations in the Nigerian maritime corridor. It became so much because any aggrieved member finds it easy to establish an association without having the required spread and membership.

The National Association of Government Approved Freight Forwarders (NAGAFF) formed in 1999 as a result of fallout among the members who felt aggrieved and the membership is over 2000 and still going according to the president of NAGAFF. It also has national spread.

But how well have these associations been performing their statutory roles to the members? This still remains a big question yet to be answered by anyone. This is so because the supposed beneficiaries have avoided this topic like a plague no matter your effort to extract some information from them.

In fact, those that responded did so without the knowledge that it will go to the press and once they get to know, they will plead anonymity.

It has been touted that some of the executives of the associations have been using the name of the group to facilitate their personal agenda or that the members do not stand to benefit anything from the association apart from mere identity.

Mr. Tunde Chukwuemeka Hassan (not real name) is a member of one of the associations who when accosted with the question of the relevance of associations to members, was quick to open up that associations are just there to cater for the welfare of the executives without recourse to the feelings of the members.

Probing further, he said he did not see anything in the associations and what they are doing especially when it comes to harsh government policies that actually affect the members but on hearing that it was going to be published, he recoiled to his shell and pleaded not to be mentioned or the name of his association.

“Me I don’t see what they are doing for the members except to make you pay some money without knowing what it is being used for and you dare not ask if you don’t want to be sanctioned.”

Asked why he still remains with such group, he said, “It will be our turn someday to eat from that pot of soup.” He added that the association is not totally without some influence but not as much as expected.

But Chief Eugene Nweke, the National President of NAGAFF has said that many will claim they belong to one association or the other without actually being a member of any. He said such people are bound to say anything because they don’t know what obtains in the associations.

Mr. David Pius, the Managing Director of Uburu Maritime Ltd., who does not belong to any association, but had been a member of Save Nigeria Freight Forwarders, Importers, exporters Coalition (SNFFIEC) said that the associations have some relevance in terms of protecting the interest of its members. He cited a situation that happened about three months ago where the customs Pre-Arrival Assessment Report was problematic, the association met and channeled their grievances to the appropriate authority for solution and the result is what is on ground today.

David said the proliferation of associations is the devil behind all the problems happening today where there is no unison in decision. He said association is a good thing where you can get what you cannot get as single entity in terms of human resources development.

Speaking for NAGAFF, Chief Eugene Nweke said that a professional association will not at any time be seen acting control to the collective vision but set it up because it is a dream. He said the vision and mission of NAGAFF is to usher in sustainable freight forwarding practice in Nigeria, adding that there is need to prioritize the aims and objectives of the association.

Describing how well the association means to its members, he said they instituted an academy in 2000 barely a year after it came on stream to create a platform where capacity building will be taken seriously and by doing so, you are redirecting the mentality of the member from its crude level to what it should be.

He added that the association has been advocating for policy changes that will suit the businesses and lives of members and in turn touch the lives of Nigerians.

He said as part of the developmental strides the association insists on for members is to further their education especially in professional courses to help them in their businesses. According to him, that is why NAGAFF is different from other associations in the maritime industry.

He said contrary to the popularly held belief that the associations extort money from members; NAGAFF does not compel its members to bring money, saying money is not the priority of the association but integrity, which is why members would always be screened before they can be absorbed as members.

However, as lot is still on the table as other associations’ views would be heard to ascertain the objective of associations because what obtains in one association may be far from what you get in another.

In actual fact, there are two sides to a coin which also depicts what obtains in associations or any group of persons who come together under the aegis of transacting a business or getting a deed done.

The Association of Nigerian Licensed Customs Agents (ANLCA) is an association revered for its longevity, spread and membership across the nation. The number of years it has existed forms part of its acceptability having built a trust for itself over the years.

When accosted, the National president of the association, Prince Olayiwola Shittu said that an association was a voluntary organization where nobody is expected to be coarsed to be a member, adding that the association wouldn’t have continued to thrive since 1954 if there is no essence to the association.

He said that there was no association in the world that did not have relevance otherwise it will go into extinction or not exist at all.

He was quick to mention that 90 percent of Nigeria Customs corporate licensed companies belong to ANLCA.

Asked what concrete thing the association had done for its members, he said he would not like to talk about what he had done but the members would be in better position to tell what they derived from being members of the association.

One member of the association, Alhaji Bintin Okunola, who earlier spoke with MMS Plus Weekly on why Shittu was elected the second time said that Shittu had delivered dividend to members that was why he was returned to continue the good work he had started.

Also a testimony is the new secretariat built by the association under the leadership of the Olayiwola Shittu who was said to have contributed magnanimously to the realization of getting a personal association-owned secretariat during his time in office.

However, a good definition of relevance of an association to members might mean well beyond the corporate benefits derivable.

On the same issue, Chief Patrick Ofoegbu, Treasurer of the National Association of Government Approved Freight Forwarder (NAGAFF), Tin can Island chapter said that there are many things one can derive as a member of an association if one reports even one’s personal problems to the association. According to him a respectable association would not watch its members suffering without offering help.

Shittu also said that the association makes provisions for insurance policy for members which takes care of their future and lives.

Dr Fred Ajuzie is the Chairman of Apapa chapter of NAGAFF, he disagreed with the notion that members do not have anything to benefit from being a member of an association especially NAGAFF where he belongs.

According to Dr. Ajuzie, “I disagree with that, in my experience as an association leader, there are members who are not real members and some are not members of any association at all. How do you want to benefit from what you don’t believe in?” he queried.

He said if any member brings any issue to the executives of an association, it will be handled at the chapter level and if they found that they could not solve it at that level, they take it to the national headquarters where it will be trashed immediately.

To him, the advantages of associations outweigh the disadvantages because it gives a lot of room to someone to solve problems which an individual could not have been able to solve on his own.

He further stated that NAGAFF trains its members and occasionally organizes seminars and lectures to update members on current issues concerning freight forwarding.

Chief Patrick Ositachukwu is the National Coordinator of Save Nigeria Freight Forwarders, Importers and Exporters Coalition, a pressure group as described by the helms man and not an association and it is out to put the associations in the freight forwarding and clearing agents industry on their toes whenever they are not doing what is expected of them.

The group is formed to check the excesses of not just the associations but all other agencies and parastatals that are not doing there their jobs effectively both in the port and the nation at large.

According to Chief Osita, the associations have failed in terms of operations and logistics stating that if the associations are working well, there would not be a situation where trucks would be outside the ports waiting endlessly without the success of loading thereby causing unnecessary delay on the roads to the port.

He said Save Nigeria always rises to the rescue of not just their members but members of other association if they are unfairly treated or if they have problems especially in the court. He further added that members of the pressure group receive trainings regularly and awareness programmes organized for them from time to time to help keep them abreast of latest information concerning the activities in the port.

He said the members are often trained on how to get jobs and even how to execute the jobs thereby not only giving them fish but teaching them how to fish. He stated that members are taking outside the country for trainings which he said distinguishes them from others.

The membership of the group he said is in the thousands across the country with about sixty executive members.

Confronted with what the group has been able to achieve since inception, he said many and when pressed further, he said the issue of 35% levy on imported vehicles; he said his group fought for the reversal of the levy which the Federal Government would have insisted on 70% and on the duty on rice.

In the process of gathering information concerning this topic, it was tasking because some people ordinarily do not want to say anything on the association, some are afraid of the outcome of whatever information they give, while the tone of some of the associations’ executives were not friendly.

We hope to serve you with what other associations have to say next week suppose we have something tangible. 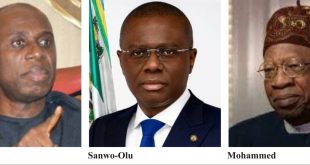 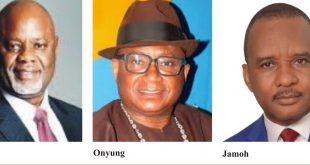 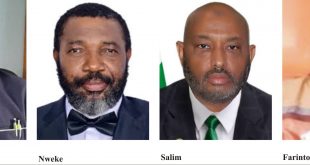 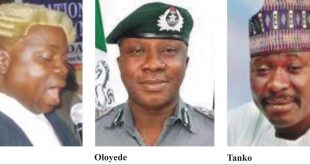 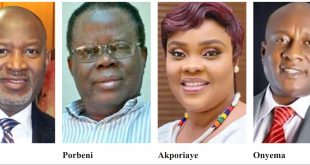 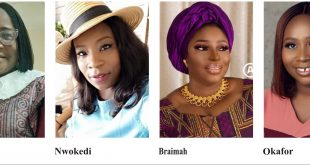